These Are The Best Kratom Strains For Treating Fibromyalgia 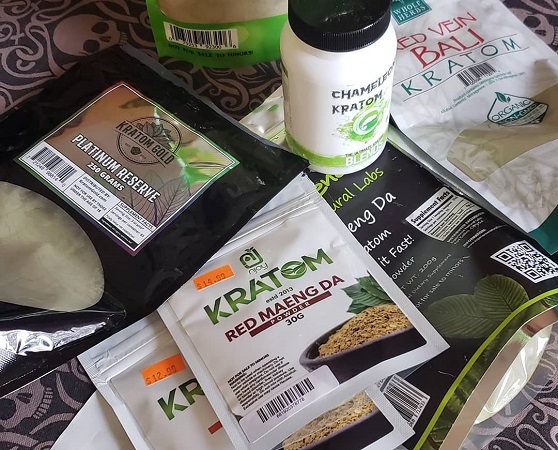 Fibromyalgia is a condition known as the widespread and state with debilitating pain. It results in negative impact on an individual’s energy levels along with adverse effects on comfortable sleep. It is easy to appreciate the fact that why the people suffering from Fibromyalgia opt for all the possible treatments which might help them relieve extreme pain along with the sadness associated with it.

Many physical issues occur due to fibromyalgia so consume the kratom strains for addressing the different symptoms associated with fibromyalgia.

Fibromyalgia is a medical condition that has symptoms such as muscle pain and lingering pain all over the body. The pain has an association with fatigue, lack of sleep, memory, and mood issues. According to scientific studies, fibromyalgia results in heightened pain feelings affecting the manner in which the brain deals with these pain signals. Usually, people face fibromyalgia after some surgery, infection, or physical trauma. The ratio is high in women when compared to men all over the world.

Kratom also termed as Mitragyna Speciosa belongs to the coffee family. It is found in Southeast Asia. The leaves of the kratom tree have beneficial alkaloids that serve for several medicinal purposes. The natives have been using kratom for thousands of years for medical treatment. The kratom leaves are said to enhance the energy levels, relieve pain, and uplifts mood.

Is kratom helpful for treating the fibromyalgia patients?

A resident of Florida named Tammy Hartman said that consumption of kratom helped her get rid of fibromyalgia pain and also helped her remove the grogginess which her prescription medicines had caused.

However, kratom has legality issues in most of the states as high doses of kratom make you high or stoned.

The kratom leaves have a unique alkaloid named mitragynine which binds with the mu-opioid receptors similarly as morphine. It is the reason which tells us why kratom helps in relieving pain associated with fibromyalgia. This alkaloid termed mitragynine helps as a muscle relaxant and an anti-inflammatory agent as well.

Kratom also has the serotonergic activity which helps in treating depression, boosts up energy, and manages the opioid pain and sleepiness that is reported to occur because of the kappa-opioid and adrenergic receptor activity.

The alkaloids in kratom leaves bind with the pain receptors all over the human body, allowing you to relieve pain from fibromyalgia. Kratom is considered as a cost-effective, efficient, practical, and fast method for reducing pain and discomfort linked with fibromyalgia.

Kratom leads to varying effects on different individuals, depending on how they use it, which strains are used, the quantity of kratom, some kratom strains, and others.

It was concluded from the research that if you overdose with kratom, it does not result in respiratory depression like other pharmaceutical drugs example morphine. It indicates that patients suffering from fibromyalgia can efficiently utilise kratom in daily lives for the analgesic properties from kratom.

WHICH KRATOM STRAINS ARE BEST FOR TREATING FIBROMYALGIA?

Kratom has multiple strains available. However, if you want to purchase one you need to pay close attention to that kratom strain. Kratom is categorised into three main types such as a white vein, red vein and green vein.

Some users claim that if you stack multiple kratom strains, you will end up achieving the analgesic effect, especially for Fibromyalgia patients. It is also recommended that the combination of red and green strains make a perfect mixture for patients suffering from Fibromyalgia.

Fibromyalgia can be treated with kratom strains due to their analgesic effects. The white and red veins of kratom strains can be used in the stack by blending them for enhanced stimulant and muscle relaxant effects. It provides a stronger cure for relieving pain.

If you are seeking to sleep well and relief pain then use Red vein strains and Maeng Da kratom in combination.

The kratom strains such as Red Bali have shown to be useful for relieving the mild pain or feelings of discomfort associated with fibromyalgia.

The best kratom strains are found in Indonesia. They have a great blend of alkaloids which help in sedation and pain management against fibromyalgia.

These kratom strains include Borneo and Bali which are said to be the best kratom strains for management of pain. They have high levels of alkaloids such mitragynine and 7-hydroxy mitragynine which help in relieving pain associated with Fibromyalgia.

The white Bali vein helps in reducing pain because of these alkaloids and releases the enkephalins and endorphins for suppression of pain symptoms.

The Borneo kratom strain also results in analgesic effects if consumed at high doses around 7-10 grams. It is often utilised by the patients suffering from chronic pain.

Other kratom strains include:

It is used for relieving pain associated with fibromyalgia. It is considered as the strongest and potent strain. An essential kratom strain from the Maeng Da family is the White vein Maeng Da which has analgesic effects.

The White Indo Vein helps in treating fatigue and chronic pain. It is the best strain for individuals suffering from fibromyalgia or chronic fatigue syndrome.

The most common Malaysian strain is the Green Malaysian variety which is used for pain management but helps in relieving mild pain.

Eery individual has different body chemistry and needs different strains of kratom to be effective. If you do not want to spend time, looking for the best kratom strain, then opt for Red Bali. The Red Bali kratom strains help in relieving pain and cures the sleeping issues associated with fibromyalgia.

DOSAGE OF KRATOM FOR THE TREATMENT OF FIBROMYALGIA

It is recommended to start with low dosages, i.e. around 3 grams of kratom for treating fibromyalgia in powder form. You can ingest powder by mixing it with liquid, juice or tea. The kratom strains can also be consumed in the form of capsules, as it helps in easy measurements of kratom in quantity.

As a beginner, it always starts with a small dose as it helps the body receptors bond with the kratom alkaloids, developing resistance to kratom dosage slowly and gradually.

Related
5 tips for getting the correct kratom dosage

The decision of trying kratom for fibromyalgia depends on personal opinion. Many people suffering from fibromyalgia are not happy and satisfied with the available pharmaceutical medicines for its treatment. It makes kratom, a perfect alternative to such individuals because it is concluded that kratom helps in reducing pain, relaxing the sore muscles and increasing the energy levels.

Fibromyalgia leads to chronic pain which needs an ultimate treatment. The pharmaceutical medicines are readily available in market example opioids which help in reducing the pain but have adverse effects like addiction. So individuals suffering from pain associated with fibromyalgia experience alternative remedies for treating fibromyalgia.