HomeKratomKratom and Other Anti-anxiety Herbal Supplements

Kratom and Other Anti-anxiety Herbal Supplements 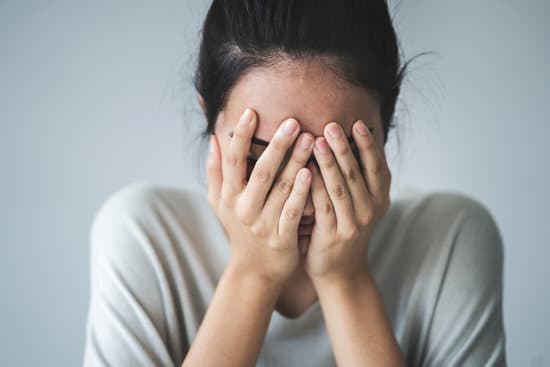 For centuries people have used Kratom for the treatment of anxiety and other nervous system disorders that include depression, mood swings and stress. The primary mechanism of Kratom to act as an anxiolytic is that it acts on pathways that alter the levels of endorphins and GABA in the central nervous system.

That is done so by the agonist action of alkaloids of Kratom on the opioid receptors. As compared to Benzodiazepines and Selective Serotonin Reuptake Inhibitors, Kratom has fewer side effects and lower dependence potential.

The use of Kratom by those who suffer from anxiety has to lead to a calm life with reduced worries. It’s time you add Kratom to your anti-anxiety regimen to soothe yourself from all stresses and worries.

The symptoms associated with anxiety include a panicked feeling, uneasiness, sweaty and cold hands, impaired sleeping, palpitations, tense muscles, and dryness of mouth, nausea, hypoventilation, and paresthesia of extremities.

It’s similar to the jittery feeling that you get after consumption of too much caffeine. Some of the physical and mental signs are sorted out in the list below;

Kratom acts as an anxiolytic. Red Vein Kratom is particularly useful in making one calm and treating anxiety. A dose of 2-4.5 grams of Kratom is sufficient to treat anxiety.

Kratom has two major alkaloids; mitragynine and 7-hydroxy mitragynine that act on the kappa and mu receptors at low and high doses respectively.

The agonist action of these alkaloids on opioid receptors results in the release of endorphins, serotonin and the release of GABA that is an inhibitory neurotransmitter.

These neurotransmitters are responsible for reducing anxiety levels. Users consume Kratom for anxiety to achieve the following effects;

One of the most common strains of Kratom that are considered to have a significant amount of the alkaloid 7-hydroxy mitragynine that typically acts to relieve stress and has analgesic action. Borneo strains are grown in the largest island of Borneo. Therefore, they are named so.

The side effects of this strain are low, and thus they are best suited for treating anxiety. Borneo Kratom strain is highly sedative in nature.

The threshold dosage for most of the Borneo strains is 2-2.5 grams, and at a dose of 4-5 grams, most users start feeling anxiolytic effects that result in reduced fear, the absence of panic attacks and comfortable sleep that lasts longer due to the sedative action of Borneo.

These are highly potent Kratom strains and have high efficacy. They are slightly less sedative than the Borneo strains. Indo Kratom strains are of high quality and contain a high content of the alkaloid 7-hydroxy mitragynine that is primarily responsible for calming and soothing effects as well as sedation and muscle relaxation.

Indo strains are helpful in reducing the jittery feelings that are associated with anxiety and enhance mood by making one forget the worries and focus on happy things.

Bali Kratom has both sedative and Anti-anxiety properties. It is named so because it is exported from the Bali port to all parts of the world. It is reasonably economical, but people usually experience nausea as a side effect from Bali at high doses.

Therefore, the treatment should be carefully monitored. That is considered the standard strain of Kratom as it is the most common one.

It helps in the release of endorphins and serotonin to alleviate the symptoms of anxiety. It also produces a state of calmness and soothes worries and stress thus elevating mood.

This Kratom strain has the highest painkilling tendency along with extreme sedative effects. Some red varieties like red Maeng Da are stimulating so one should avoid them while finding a treatment for anxiety.

Red Vein strains have the highest content of alkaloids so it can be used to relieve one from stress and anxiety. The effects last for hours, and this is why one achieves a cure from insomnia while taking this strain.

Those patients who suffer from sleeping disorders and take Xanax need to consider this as an option for the treatment of insomnia, parasomnia, night terrors, etc. It can be made in the form of capsules, powder, extracts, as well as tinctures but the following ways, have a potential for abuse.

Kratom strains that need to avoid

Listed below are the strains of Kratom that can aggravate the symptoms of anxiety, and thus their avoidance should be a priority while treating anxiety;

Other Herbal Supplements used for Anxiety

Herbal supplements of anxiety are recommended in cases of mild to moderate anxiety. It is worth noticing that the stronger a supplement is, the higher it has risk factors and adverse effects. Here’s a list of herbal supplements that you can use to treat anxiety with or without Kratom;

It can be used in the form of the pill, but it is commonly utilized in the shape of Kava tea. Frequent doses of Kava should be avoided as it is known to cause liver damage.

Another natural treatment for anxiety that eases insomnia and helps in muscle relaxation. Most often it is taken in the form of a pill as it doesn’t have a pleasant smell. One should be cautious while taking Valerian root with alcohol as it poses a grave risk to liver damage.

The beneficial effects of Green Tea are innumerable. The use of green tea in the treatment of anxiety has proven quite successful in recent years.

The presence of L-theanine, an amino acid in green acid helps in stabilizing the heart rate and blood pressure that are altered in anxiety patients. The only issue with green tea is that to make it useful you need to drink a lot of tea. The alternative is that you take L-theanine supplements.

Chamomile tea is known to ease the symptoms of anxiety, like insomnia and irrational fears without causing any adverse effects. Since it’s a natural remedy, it has been used for centuries.

Also called as Melissa officinalis, this herb is used as a natural treatment for anxiety as it eases pain and headaches that are associated with anxiety. It is taken with chamomile and valerian root in the form of capsules or extract.

This heavenly smelling plant that is efficient as a natural remedy for anxiety has been used for centuries in the shape of oil as well as the flower. Studies show that inhaling the scent of lavender has proved helpful in making one feel less anxious.

One of the best herbal remedies for calming and soothing anxious patients, derived from Peru and has grown popularity in many parts of the world. The plant has sedative effects too. It is taken in the form of a pill.

Studies show that those individuals who are deficient in magnesium have symptoms of anxiety and idiopathic pain. Magnesium is known to affect nerve health as well as vascular health, and thus a deficiency of the mineral element can result in symptoms of panic disorder.

GABA is an amino acid that acts as an inhibitory neurotransmitter. It alleviates the symptoms of anxiety. The primary mechanism of Benzodiazepines is that it enhances the release of GABA by increasing the duration of opening of its channels.

GABA supplements do alleviate symptoms of anxiety, but research states that the supplements are not able to pass the blood-brain barrier.

All Vitamin B supplements are highly important in alleviating the symptoms of anxiety, but B12 is of particular interest as it plays a substantial role in the nervous system.

Vitamin B6 (Pyridoxine), B1 (Thiamine) and B3 (Niacinamide) are also helpful in treating anxiety as they have a positive effect on the nervous system promote the stability of the body’s lactate levels which are related to anxiety attacks.

Vitamin C plays a pivotal part in the functioning of the nervous system as well as the adrenal glands. Larger doses of this supplement have tranquilizing effects.

It helps in the oxygenation of the brain cells and regulating cell functions. Thus it should be taken in the diet to regulate brain chemistry.

It is an amino acid supplement that is important in treating anxiety and depression because it is known for promoting the synthesis of serotonin and melatonin that regulate mood and sleep cycle respectively.

A hormone that primarily functions to improve sleep and thus cures one of the symptoms of anxiety i.e. insomnia. It is available in the form of a pill.

Some of the trace elements that are important in treating various symptoms of anxiety include zinc, calcium, potassium, and selenium. Calcium is essential for the nervous system. Zinc helps in promoting calmness. Selenium has antioxidant properties that have anti-anxiety results too. Potassium works in a fashion similar to that of Vitamin C.