HomeKavaWhat Are The Effects Of Different Kava Strains?

What Are The Effects Of Different Kava Strains? 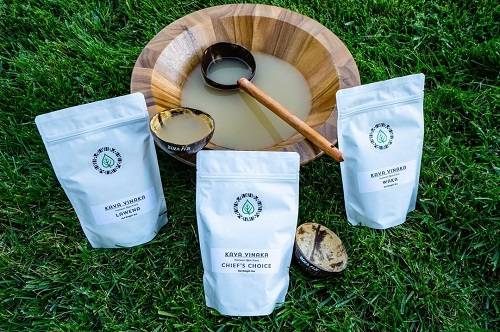 Kava is a plant, which is here to serve the humankind for centuries. All these years, cultivation of kava was in bloom, and various varieties of Kava came in front of our eyes.

Just like all other plants, evolution did the right thing to Kava. Being famous as a highly medicinal and recreational plant, the chemical composition is what makes it so useful. What this chemical makes up was even more enhanced with time, which is why today different strains of Kava are famous for multiple effects.

In this article, you will read that what effects should you expect from different kava strains. Before telling the effects, here is a brief description of kava.

What should you know about Kava?

Kava or commonly known as kava-kava is scientifically called Piper methysticum with its first known use in 1810. This name is of Latin and Greek origin, which means an intoxicating, pepper. The word “kava” is a Tongan and Marquesan word, and there are various alternate names of kava i.e., awa, yaqona, ava, sakau, malok or malo, etc.

The root of the kava plant has sedative, anesthetic, ethnogenic and euphoric properties, which is why the people used to make a ceremonial drink by using kava root. People of the Pacific region are familiar with kava more than the whole world. It is a native plant in that area. Kava grows abundantly in Hawaii, Melanesia, Vanuatu and some parts of Micronesia.

Are there any strains of Kava?

You may think that kava is only one plant; how come there are so many varieties of it when you never read anything about them. Technically, it is just one species of kava, but other factors influence on the categorization of kava.

The particular growing region of it mostly differentiates these strains of kava. To your surprise, only in Vanuatu, there are 30-70 different types of kava strains that grow. But there are just a few that you will find at kava stores, many of these strains never make it to the international trade.

One reason for the unavailability of many strains is that there is uncertainty regarding their efficacy, as there is no research on them. The same thing applies to the kava strains of other regions. In the end, the strains, which are available for consumers, are the best and noble strains, which are widely accepted for global business.

What is the difference between noble and non-noble kava strains?

The distinction between noble and non-noble kava strains is the right classification. It tells which strains of kava are medicinally potent. It also explains the wild strains that may or may not be safe for usage.

Only the strains, which have a favorable composition of chemicals in it, are considered noble Kava strains. Kava has kavalactones as its major chemical constituents that are responsible for all effects of kava.

The risks of adverse side effects of kava are due to undesirable chemical composition only. Also, it may have high amounts of these kavalactones, which is not suitable for human use.

For centuries, kava is a part of South Pacific conventional medicines for the problems related to the central nervous system. It is also used in medication for urogenital issues such as gonorrhea, cystitis, urinating problems and much more. It is also helpful for women’s sexual health.

Various gastrointestinal, skin and respiratory problems are also treated with kava-based medicines. All this evidence suggest Kava be potent enough to be called as a wonder plant of Pacific.

What is the modern classification of kava?

The modern classification of kava is only by its appearance, stems, and leaves. The color of kava from different varieties is different too. It may be any shade between light and dark green. Additionally, purple leaves on stems or leaves are also typical.

If you are a kava user, it is less likely that you will buy kava leaves or stem. The most common form of kava products is the finely ground kava root powder, which is available at all leading kava stores.

All these different strains are available in powder form, each of which has a distinct aroma, taste, and color. The reason why kava users make a selection among these kava strains is due to their effects.

There are some effects linked with each kava strain. Some of them have a physical relaxing impact, analgesia, mental abilities boost, sedation or simple mood lifting. Your selection of any strain requires why do you need kava.

Following is a list of the most popular kava strains along with their best effects. You should know the fundamental differences between these strains, to select a beneficial kava strain for yourself.

This strain is a native of Tonga. This strain has a very finely ground texture which smells and tastes like coconut or almond nutty type product.

The best reason to try Fu’u is that it is relatively less bitter than other kava strains. The impacts of Fu’u are related to daily life benefits. It makes you more active, creative, spontaneous and confident. It is good to try Fu’u Kava when you need a confidence booster, especially for social gatherings or job interviews.

This kava variety is from Tongan. It has a much lighter color and creamy taste, which sometimes taste like a super smooth coffee in hot beverages. It is highly liked by the new kava users.

Tongan white strain offers extreme muscle relaxation and relief that everyone needs after a hectic day. This calmness is not sedative instead it produces calm alertness. You may feel more active but without fatigue even after working for hours. Tongan white is the best choice for professionals and workers that find less relaxing hours otherwise.

The kava strain from Fiji is another prominent strain, which got its name from the area of its natural growth. The Fijian kava root also gives a creamy texture but with a tinge of pepperiness. Its natural shade is a somewhat golden tan.

Fijian kava works like magic for stress and anxiety. It has a natural potential to be a potential stress-relieving and anxiolytic agent. It has a mild sedating effect that makes the relaxation even more useful. These effects are for both mind and body. You would probably love to try Fijian kava on alternative weekends to get rid of the whole week’s fatigue.

Melo Melo is another Vanuatan kava, which is famous for its collective benefits.

If you love to party but feel very tired on a weekend night, Melo Melo is one thing that is particular for you. It gives a quick energy boost and stamina that you will like dancing even after passing a hectic working week before. The medicinal effects of this strain are minimal. It is only suitable for recreational purpose.

Tudei kava, also known as Isa is also from Vanuatu. It is one historically famous strain, which is wild by nature. It is renowned for the controversies more than its actual benefits. It is believed that Tudei kava has high amounts of Flavokawain B, which may degrade the enzyme glutathione, an enzyme that protects the liver.

Mahakea kava strain belongs to Hawaii, which is separate from the rest of kava rich regions. It adds up the quality and quantity of kavalactones, which becomes a little different from the other strains.

It is the sweetest strain of kava, which is ideal for those that don’t admire the bitterness of kava. Using Mahakea is advantageous for its excellent taste, which makes the kava experience worth it.

Mahakea is another kava strain, which contributes to physical relaxation and extreme analgesia. It is suitable for everyday use and particularly for mild medical issues. You can try Mahakea kava strain for sore muscles, headache, backache, stress, and fatigue.

Mo’i is also a strain from Hawaii Island. It was called the king of all kava strains. Historical events suggest that it was only reserved for the usage of Hawaiian noble persons and their families. No ordinary person had access to it.

The effects of Mo’i are more related to cognitive functioning. It is a natural stimulator, which makes you feel lighter. The physical tiredness and stress go away as you use Mo’i kava strain. But its sedation is negligible.

It is also an energy booster, which ends up with euphoric benefits. It makes the mental and physical stress go away and makes the user active and energetic. Believing all these effects to be true. Mo’i is undoubtedly suitable for the title of king of kava strains.

The composition of the kava plant initiates all these effects, which are characterized by their respective strains. By structure, fresh kava root is 80% water. But the product available for the user is dry form, i.e., root powder.

The kavalactones are most abundant in roots, which is 15%. In stem and leaves, this quantity is significantly less. There are 18 kavalactones, which are identified in the kava plants, but only 15 out of them are active. The 96% benefits of kava are due to only six of these kavalactones that are as follows.

Some minor kavalactones are;

There are so many strains to select from, which makes a higher chance that everyone can get his favorite strain of kava.

With the description of some prominent kava strains, it will be easier for you to select the one which you think will benefit you more. Read more about the strains before you try kava for the first time and make your kava experience better.

Previous article
CBD Softgel Capsules: How Are They Different From CBD Oil?
Next article
How Medical Marijuana and CBD Oil Can Help Mesothelioma Patients