Is Kratom Bad For Your Health? 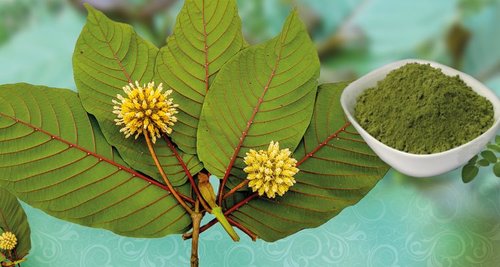 An old quotation says ‘Excess of everything is bad’. Same is the case with Kratom.

Kratom is a psychoactive drug and a stimulant has its drawbacks though it has a large number of medicinal benefits.

These drawbacks are actually the side effects of Kratom that may result due to long term use or excessive intake within a short span of time.

However, proven for centuries that if it is taken in controlled amount for ailments like chronic pain, stress disorders and sleep disorders it can actually be quite helpful in restoring the health of the patient.

So it’s pointless to label Kratom as a substance that is bad for health. It totally depends on the consumer as to how he/she uses it, for the benefit or for abuse!

Kratom is an evergreen tropical tree that is grown in different countries of Southeast Asia including Myanmar, Malaysia, Thailand, Indonesia etc.

Basically, the leaves of this tree are used for the purpose of stimulation in various forms i.e. powder, tincture, extracts, and resins.

The content of alkaloids mitragynine and hydroxy mitragynine is high in leaves, therefore, the leaves are the primary source of these alkaloids, but the stems can also be used.

Kratom has been used for centuries for relieving chronic pain, digestive disorders, and for Opiate withdrawal syndrome.

However, research based studies on the medicinal benefits of Kratom are quite low so its benefits are being questioned by doctors in many parts of the world, which is the reason for its legality issues.

Kratom has a questionable legal status in many parts of the world. It has been banned in certain countries due to its abuse potential.

It is legal in the United States but it’s not legal in Australia, Malaysia, Thailand and a number of European countries.

Due to its legality issues, people often wonder if it is good for health. This leads to confusion and diminishes its reputation for being a medicinal herb.

Why do people use Kratom?

People either use Kratom for medicinal purpose or recreational purpose.

Also, there is a huge population who use it just to get stimulated and work efficiently.

Kratom has energetic and stimulant effect at low doses and at higher doses, it acts as a sedative.

At a lower dose, people commonly use it to remove lethargy and fatigue and to work productively throughout the day. It also improves cognition at lower doses and helps in focusing.

People also use it for recreational purposes to get high. It produces euphoria and dulls emotions and sensations. It’s used in parties as it cheap and readily available.

It has medical importance in treating diarrhea. It acts as an anxiolytic helps in easing symptoms of fibromyalgia.

It has also got a major use in reducing cravings for Opiates but this use isn’t documented in medical journals.

Why is Kratom considered bad for health?

As stated earlier it totally depends on the user how he/she uses Kratom.

However, certain side effects of Kratom can be magnified with continuous use and long term use. On this list first of all dependence and addiction comes.

Since the alkaloids present in Kratom act on the Opiate receptors present in the body, it has an addiction similar to Opiate addiction but milder in nature.

This addiction begins with the continuous use of one strain of Kratom. Usually, the onset is when Kratom is consumed more than 3 times a week.

If the addiction is severe, psychosis along with hallucinations and delusions may occur.

Apart from this people develop tolerance very quickly to Kratom. This leads one to consume more and more Kratom in order to achieve the desired effects.

Higher doses of Kratom can damage the liver as it is metabolized there by CYP450 enzymes.

Kratom abuse may cause intrahepatic cholestasis, resulting in the abnormal release of bile. There is a pain on the upper right side of the abdomen.

There is yellowing of the skin, and the urine is dark in color. Liver enzyme assays show elevated levels of ALT.

The onset of cholestasis is within 2 to 8 weeks of excess consumption of Kratom.

Also, since most of the excretion of Kratom occurs via kidneys, higher doses can damage the glomerular apparatus of the kidneys.

When the serum bilirubin level is too high, acute renal failure may occur. Kratom increases urinary output just like caffeine.

Side effects of Kratom

Reported side effects of Kratom include;

Serious toxic effects of Kratom rarely appear. They appear when a person takes more than 15 grams of Kratom in one go resulting in seizures.

Why is Kratom so controversial?

Kratom is controversial because it has not been studied well by researchers.

No clinical studies recommend its use, therefore, the food and drug administration hasn’t legalized it yet.

Studies, on the other hand, have identified harmful effects of Kratom and drug interactions with various medicines.

There is no standardized dosage of Kratom for any ailment and its use for getting rid of Opiate dependence hasn’t been verified by the authorities.

It has strong effects on the body as it contains alkaloids that closely resemble the active ingredients of Opium and other hallucinogenic mushrooms.

Some of the effects of Kratom like excessive sedation are of serious concern. Studies suggest that long term use of Kratom may even lead to cognition deficit.

A study (NHM Yusoff, 2016) states that Kratom use in animals resulted in the development of withdrawal signs within 12 hours and there were increased levels of anxiety after 24 hours of withdrawal of Kratom.

This study suggested proved that use of Kratom leads to cognitive impairment in the long run.

Shall I take Kratom?

The use of Kratom is totally up to the user.

It’s recommended that you go through all clinical studies and drug forums before starting the consumption of Kratom.

If you are already taking Kratom then you just need to take some precautions to stay on the safe side. These precautions include;

Previous article
What are the Kratom Extracts and How to Use It?
Next article
YoKratom Review – Is it a Scam or Legit Brand?