How to Prevent Kratom Tolerance and Dependence 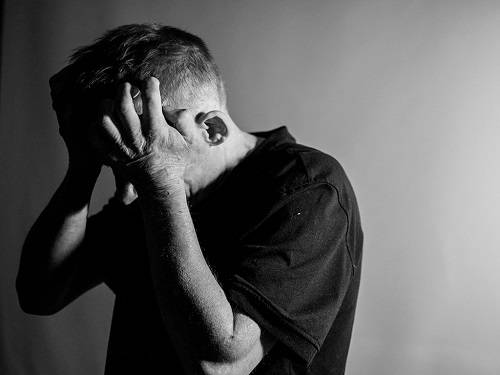 Like most of the abused substances, Kratom also causes dependence. Derived from the leaves of a tree grown in the regions of Southeast Asia, Kratom comes in various forms, three of which are green, white, and red. The naming of strains occurs by the color of the central vein of the leaf, which comes in these three colors.

Extracted from the leaves, processing includes crushing Kratom into powder or tinctures, and making extracts out of it. The most active component of Kratom is mitragynine, along with seven hydroxy mitragynine. These two alkaloids form the bulk of Kratom, and thus mainly, their action is studied.

Research studies show that the way Opiates develop dependence; similarly, Kratom also produces gradual dependence though it is not as hard as the one caused by Opiates.

One can also get tolerant of Kratom and thus require more doses of Kratom to achieve effects. This article will emphasize on the topic ‘how to prevent dependence and tolerance’?

What is Kratom tolerance?

Studying the concept of tolerance comes under pharmacology. It is the diminished response of the body to a particular drug.

Tolerance occurs only when a substance is continuously taken. The body’s normal mechanism is to get adapted to the presence of that drug in the body and thus no more respond to that drug.

This is why the body stops responding to that particular drug.

At this stage, if one consumes a higher dose, the body senses changes and the receptors respond.

After some time, the receptors stop showing a response to this treatment. Their desensitization occurs by the continuous presence of the drug or the receptors are down-regulated i.e. the number of receptors to that drug are reduced.

The cycle repeats, and it becomes vicious until you should consume doses large enough that it could even be lethal. At all costs, avoiding this should be mandatory.

One may also develop tolerance to Kratom with frequent consumption. Taking larger doses of Kratom to achieve desired effects may result in adverse effects on the cardiovascular system, nervous system, renal system as well as hepatic system.

What is Kratom dependence?

Substance dependence or drug dependence is an adaptive state that develops when the neurons adapt to repeated drug administration. The neurons usually function when the drug is present. If the drug is withdrawn, one might experience withdrawal.

Depending on the severity of dependence the withdrawal symptoms can be mild or severe, in some case life threatening. This is then called withdrawal syndrome.

One can develop a dependence on Kratom, and it involves specific areas of the brain, exclusive of the reward pathway. The generation of withdrawal symptoms in the case of Kratom occurs when there is the deprivation of Kratom acting on the opioid receptors present in the thalamus and brain-stem.

Who develops tolerance to Kratom and what is stagnant strain syndrome?

Those Kratom users who take Kratom in increasing doses and frequency face the problem of tolerance. But this depends person to person as physiology and anatomy of each is different.

Must Read:  Salvia And Kratom: An Unbiased Comparison

Stagnant strain syndrome is a condition or a type of Kratom tolerance that develops in individuals who consume the same strain of Kratom for an extended period without giving a break or changing the type of Kratom. This issue, however, can be resolved by rotation of strains.

It is a well-known fact that the more strain is stronger and concentrated with alkaloids, the quicker tolerance, and dependence you develop.

Usually, observation states that the enhanced leaves of Kratom as the name suggests and the Kratom extracts have a greater amount of alkaloids compared to standard.

Consumption of these varieties of Kratom can lead to severe dependence and long-lasting tolerance.

Switching from an extract to a clear powder won’t give one substantial effect thus professional help is required to overcome such forms of dependence.

Therefore, to remain on a safe side, it is recommended to avoid using Kratom tinctures, extracts, and enhanced leaves.

How can I prevent getting Kratom tolerance and dependence?

Mentioned below are some of the methods to avoid tolerance and dependence;

Below is a one week Kratom rotation guide that you can follow to avoid tolerance.

Use the red vein strains 1.5 hours after dinner to have a peaceful and relaxed sleep. To avoid tolerance do not take it every night. Use Maeng Da strains when you need them as you feel very depressed and demotivated.

What are some of the Kratom tolerance slowing supplements?

Some supplements slow down the buildup of tolerance on opiate receptors. The NMDA antagonists react with receptors that develop Kratom tolerance. These supplements block the NMDA receptors.

A well known NMDA antagonist is magnesium. Another one, Dextromethorphan, which is cough syrup, is quite useful and readily available. However, it is suggested not to use these supplements regularly as it can have adverse health effects.

Previous article
Are ‘CBD Gummies’ A Perfect Match for Anxiety?
Next article
Dab Pens: What To Look Before Buying A Good Dab Pen?