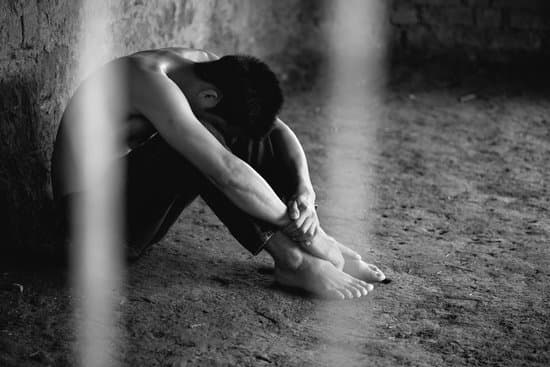 Kratom abuse is a leading health concern these days. The good old tree from Southeast Asia is the center of criticism for the possible abuse and effects. Many online forums share active discussions on if Kratom abuse is real or not. Various users share their experiences which are usually mixed.

For the new users, this is a health concern which may change their decision to use Kratom. However, here is the complete information on what is Kratom abuse, how is it identified and what are the possible ways to treat it. Give this article a reading before making a statement about Kratom.

Kratom is a tree which grows in the thick rainforests of Southeast Asia. The areas of its prime growth are Indonesia, Malaysia, Thailand, and Borneo. It is a traditionally famous plant which is a close relative of coffee and gardenia plants. Kratom is locally famous as various names such as

All of these are the words from native areas of growth. On the international level, it is famous as Kratom and its scientific name is Mitragyna speciosa.

It has been a part of eastern medicine for thousands of years. It is not a long ago when it was first used in the USA and Europe. Kratom is here as a universal herbal product for over two decades.

It is famous as a legal high. For the genuine pleasuring experience, Kratom is a safe choice as compared to chemical-based drugs. However, the effects are safe and are not damaging at all for the health.

There are no as such medical uses of Kratom which are documented. All the benefits of Kratom are based on user experiences and historical evidence.

Although Kratom is a fair and legal plant for most parts of the world, still it is not commonly available. Most users only find it online for personal orders.

There are many Kratom vendors online, but one has to find an authentic dealer for the quality product. Rarely, Kratom is also available at smoke shops and smart shops. They are not common, and a majority of the users prefer to order it online.

What are the regular effects of Kratom?

Kratom has over 25 biologically active compounds called alkaloids. Out of these 25, only two are the most common which constitute the majority portion of Kratom leaf.

They are Mitragynine and 7-hydroxy mitragynine. These two alkaloids, along with the rest usually follow a mechanism which activates certain neurotransmitters such as adrenaline, serotonin, etc.

Due to these binding activities, Kratom shows its signature effects which are also dependent on how much does a user takes. Kratom is highly dosage sensitive and it works differently on different doses.

For this rapid action, Kratom at a high dose shows opiate-like effects and perform the functions like an opiate. It is the same as that of chemical opiate drugs i.e. morphine or oxycodone.

The only difference is that it is a natural product and has no damaging effects. The most common effects of feeling are sedation, energy, pain relief, appetite loss, dysphoria, and eventually euphoria.

All the up listed effects are the desirable effects of Kratom. Any effect other than these is called Kratom abuse which is negative.

These effects include nausea, vomiting, dizziness, anxiety, loss of senses, digestive problems or respiratory problems. Kratom abuse is a highly undesirable effect which is bad for health. Therefore it is a prime concern among users to control the risk before it hits.

Many users mix and match Kratom with chemicals such as morphine. Such a combination shows the worse form of Kratom abuse which is not a recommended idea.

It is advised not to match Kratom with any other potentiator such as medicines. Also, users on medication of anything are not permissible to use Kratom.  It may interfere with the metabolism and liver, making dangerous interactions.

Even with the legal medicines, Kratom makes destructive interactions which are not advisable. The damages may range from minor seizures to organ failure i.e. liver.

Another reason to cause Kratom abuse is the use of shady products. One such product is Krypton which is sold as an enhanced form of Kratom. Remember that no Kratom products have chemical manufacturing, neither any pharmaceutical company produces is.

The only special version related to Kratom is enhanced strains which are sold by the Kratom suppliers and not as a chemical supplement. Such chemical-based supplements are combination therapies that combine Kratom with medicines.

They may be useful for that particular effect, but their health damages are more than anything.

What are the symptoms of Kratom abuse?

The patients are going through Kratom abuse one or more than symptoms from the following.

The most active alkaloids of Kratom are Mitragynine and 7 Hydroxy Mitragynine. These two chemicals have the highest affinity to bind to the receptor site. On the other hand, these two has the highest potential to cause physical dependence as well.

It is well studied on rodents but not on humans. The general perception believes that the effects on rodents are more close to humans. A strengthening element to this postulate is the reported cases of Kratom’s physical tolerance with long-term use.

An important factor to consider in this case is that only the users who are using Kratom for the longest time are subjected to build a tolerance.

They are also more likely to show the withdrawal effects once they stop using Kratom. This withdrawal lasts for more time than chemical withdrawal. It may be more difficult for the users to manage but it goes away in one week.

The withdrawal symptoms include the following.

What are the effects of Kratom abuse?

The effects of Kratom abuse are negative and destructive for health. A person may fall into a financial constraint – may lose a job due to lack of concentration. Similarly, insomnia, mood swings, lack of interest and social isolation are some outer effects. Moreover, the legal status of Kratom may become a problem for the user as it is illegal in some restricted areas of the world.

Treatment for Kratom abuse is not always a medical process. It can even be a self-administration. However, in the case of severe abuse, it is better to take help.

For Kratom abuse, someone who can help is a professional detoxification facility. It is available at detox center which is common to find. At a detox center, the user is kept under the supervision of an expert for getting control over abusive Kratom effects.

The medical treatment also involves medicines which are to make the process smooth and faster. It takes some time but eventually, the symptoms of abuse vanish.

In severe cases, it is better to sign up as an indoor patient.  It ensures the medicines and checkups on time which shortens the duration abuse effects to show.

At a personal level, the risk of abuse can be controlled on initial stages. The experts advise using a moderate dose of Kratom. The risk of tolerance and addiction is more with high and extremely high dosage. Using a low or moderate dose doesn’t invite abusing effects. Another tip is to switch the strains.

That’s right, switching the strain reduces the risk of building an addiction as the user will not be taking the same strain every day. It is advised not to use the same strain for more than five times a week.

The best idea is to switch strains, use low strain one day, moderate the next day following by fast. Such types of pick and mix techniques reduce the risk of Kratom abuse.

Teenagers are more likely to use Kratom. It is a highly alarming fact because the manufacturers and the experts don’t allow teenagers to use it. It is only suitable for people over 18 years of age.

There is no statistical data to show how many teenagers are a victim of it but it is a commonly accepted fact that they are using it. It is therefore condemned to use Kratom by teenagers, pregnant, breastfeeding mothers and people on a certain medication.