HomeKratomKratom Effects on a Full and Empty Stomach

Kratom Effects on a Full and Empty Stomach 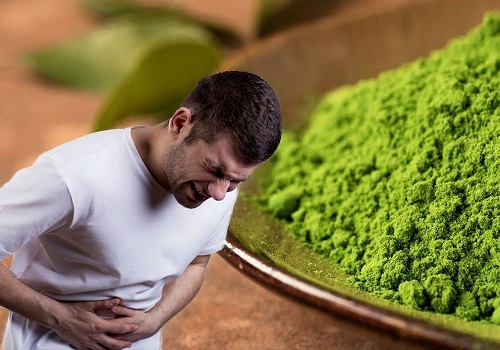 The new edition to the world of green alternatives so far is the Kratom. The legendary Kratom has a status of a medicinal and recreational tree which is no more a myth.

The modern world knows and acknowledges the benefits, and it is now available in the main parts of the world.

As the Kratom business is now in bloom, there is dire need to practice the proper Kratom usage. The safe usage is not only good for health but also is an accepted factor.

Kratom is a self-administered leaves powder and product. The method to use Kratom is not like the medicines, but it has an equally high sensitivity to dose. The most common forms of Kratom are;

All of these forms are available, but the powder form is readily available for all strains. Others may not be in stock all the times as they are high in demand. The majority of the users prefer to use powder as it’s a direct method to get all effects. A comparatively new method is to use capsules.

The best way to use Kratom powder is to use it directly. A fruit juice such as orange juice can help to digest it. This direct method induces more effects in less time.

However, due to the bitter taste and unpleasant aroma, eating Kratom powder directly is not a very attractive idea to many of the users, so they mix it into food.

Kratom is often added to the food recipes, drinks, and hot beverages. It helps to overcome the taste and fragrance of Kratom leaves. When it is a part of any recipe, the food ingredients aroma and flavor overshadows the Kratom’s flavor and smell.

The time to take Kratom is significant to get the desired effects. The time of taking Kratom matters for the intensity of effects. For most of the people, the best thing to gain results is the regularity and consistency.

For example, using it in a particular time and under certain circumstances increases the capacity of its effects. One of such condition is taking it on empty and fuller stomach.

An empty stomach is a condition in which you have already digested your last meal. Sleeping after a meal ensures a complete digestion which is the best condition for Kratom use. When an individual takes Kratom on an empty stomach, it has nothing else to interact with the body.

The result is a hindrance free absorption and faster action of effects. It takes almost 15 minutes to 30 minutes for the results to show up. For some higher strains like red vein strain, the results can come even before this time.

Taking Kratom on an empty stomach has a distinct advantage using waiting for time and duration of effects. It works for most of the users as it follows a fast absorption method.

One can eat after 1-2 hours of taking Kratom. Using Kratom on an empty stomach doesn’t suggest a user starve for the rest of the day.

Once the effects start to come, he can eat the usual breakfast. Taking small meal makes the effects stable for the complete duration of these effects.

Kratom on a Fuller Stomach

When the stomach is full including food, it has less chance for the Kratom to initiate effects. Whichever form anyone uses, the proximity to get current results decreases.

If the user wants to eat something before using Kratom, it is better to consume a small portion of food or a light breakfast before trying Kratom.

Why Shouldn’t You eat While Taking Kratom?

The answer to the question is that Kratom needs absorption accuracy. The It binds to the stomach and whole digestive track and becomes part of the bloodstream through absorption. If the food is already present in the food canal the chances of Kratom attachment are small.

If anyone has eaten a full meal before taking Kratom, there will be less space for it to work.

Similarly, if someone makes a full meal right after taking Kratom, it may wash away the Kratom from digestive canal and stomach and fill it with food. Either way, the effects of Kratom can be less.

Kratom as an Appetite Suppressant

A lesser known effect of Kratom is that it disturbs the appetite. It is a natural product which has no as such side effect.

In this condition, A Kratom is a safe approach, which along with other benefits has an appetite suppressing or increasing effects as well.

After the meal: Not all Kratom users experience it to be like that. Despite this fact, Kratom sometimes enhances the appetite for some users. That happens for most of the users who take Kratom after the breakfast. Maybe it increases the metabolic rate which can sometimes become a problem.

Before meal: When someone takes Kratom on an empty stomach or before a light lunch, it helps to suppress the appetite. The effects of Kratom without taking food are more profound and high, so it’s a good idea to try it on an empty stomach.

Two Doses of the Same Day

That is a question which doesn’t have a satisfactory answer usually. All the threads and forums are full of differential opinion, and it can confuse a new user.

A common question which a user should know before planning to use Kratom is how many doses he wants to take per day.

Most of the users prefer one treatment, but there are many which like two doses a day. The trick to designing two doses per day is to balance it with food.

If someone wants to try two doses per day, make sure that the food intake before and after the Kratom usage is not very high.

First dose: The ideal time to use the first dose for two doses per day is an empty stomach. Like explained before, using Kratom on an empty stomach has a clear benefit of getting great effects. It there is a sensitivity problem for the user or a higher strain is under use, it is better to make a small breakfast before taking Kratom. It will help to prevent the undesirable effects such as nausea.

However, there are some exceptions. For some users, the same treatment induces potent effects. So, for the second dose, the best idea is to start with the same dose and first. One can gradually increase it until the effects start to show up. The user can eat regular food after 2-3 hours of the second dose.

Taking Kratom in a higher amount can sometimes lead to building tolerance.

For Kratom, this mechanism is as fast as its effects are. To avoid the chance of tolerance, a careful Kratom routine is better. Some of the general tips to avoid tolerance are as following.

If none of these tips work, one should only quit using Kratom for a week or two. Using it for a few of weeks will again modify the effects. For health safety, it is better to take a break between Kratom usage. It also helps to reduce the uncertainty of addiction.

How To Use Kratom for The Maximum Benefits?

The best way to use Kratom without any health concern and least risk of side effects needs a careful Kratom administration. As Kratom is high dosage sensitive, the best way to use it has certain parameters to follow. Some of these are as follows.

Impact of Kratom on Health

Kratom has direct links with how a user takes it and in what condition a user makes it. As it is often added to food and drinks, the effects of using Kratom separately and with recipes are different.

Also, when a user takes Kratom on an empty stomach, he experiences the best effects, without a restriction of strain.

In the case of using Kratom on a full stomach, the effects need so much time to show up. These kratom effects are not every high and usually last for less than regular time.

Kratom is a beneficiary tree which has certain health benefits. That is the primary reason why people use it.

The effects of Kratom are helpful in many medical and psychological conditions. Although it’s a safe herbal alternative to medicines, it needs administration. Anything over the recommended dose may bring up an unwanted effect.

Considering all medication, either herbal or chemical, the prime concern is the health safety.

The fair use of Kratom highlights its significance and usage in the best possible way. It is at this moment advised to use Kratom with care to get maximum benefits out of it.

Previous article
How Can You Legally Buy THC Oil In The US?
Next article
How Many Drops Of CBD Oil Should You Take?