HomeKratom5 Health Benefits of Kratom — and a Look...

5 Health Benefits of Kratom — and a Look at Negative Effects 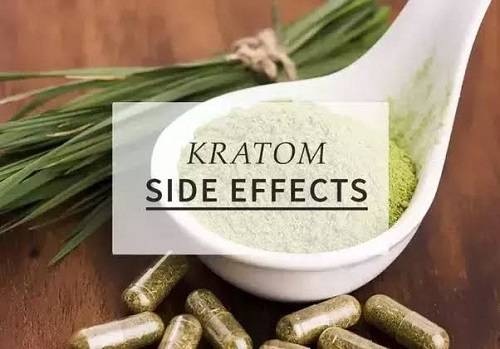 More and more users are giving Kratom a try after hearing the many success stories from friends, family members, and of course – online forums. However, before you also decide to jump on the bandwagon and start to use of Kratom; it is important to be aware of the effects – both positive and negative that you should expect from this botanical. Of course, the effects mainly depend on the strain used, the user’s tolerance level and the quantity used.

For example, the European Monitoring Centre for Drugs and Drug Addiction claims that a low dose of 1–5 grams is sufficient to energize the user within 10 minutes. The caffeine like effects can last for 60–90 minutes in which the users can benefit from increased alertness and better mood. On the other hand, the consumers who are taking Kratom for sedation and insomnia should go for a moderate to high dosage of approximately 5–15 grams. The effects of high doses last for more than 6 hours.

However, one should be extremely careful when the use of Kratom in large doses as many cases of unconsciousness and extreme drowsiness has been reported when Kratom dosage has exceeded the 15gram threshold.

In the following guide, we will discuss the positive and the negative effects of Kratom as well as how you can utilize the herb to the best of your advantage. Read on to find out more.

Some of the most common benefits of Kratom are explained below.

1. May have pain relieving effects

The main active ingredients of Kratom are the alkaloids Mitragynine and 7-hydro-mitragynine. Studies show that these alkaloids have pain-relieving properties as well as anti-inflammatory and muscle relaxing effects. Because of these reasons, many users of Kratom utilize the herb as a pain reliever to treat common ailments such as headaches, arthritis, migraines, and muscle aches. Additionally, Kratom has the ability to treat pains that don’t respond to traditional over-the-counter painkillers and are not as addictive or harmful which is why many users take it for relief from both – temporary and permanent pain.

2. May help in uplifting mood

Most users of comment that Kratom is very uplifting to the mood and helps produce a state of satisfaction almost instantly. Just a small dose per day can remove all the negative thoughts from a person’s mind and instead put them in an optimistic frame of mind. While an extended dose can generate a feeling of “euphoria” in the user.

3. May reduces the symptoms of opiate withdrawal

Although the benefit may not be applicable to all users it is gradually growing to be the number one use of Kratom. Those who are addicted to opiate or wish to cut back without experiencing the withdrawal symptoms such as nausea, anxiety, insomnia and muscle pains can turn towards Kratom for assistance. Studies show that since Kratom is not addictive, it can help reduce the symptoms of opiate withdrawal until the body is fully detoxified.

4. Could be used to treat insomnia

Most of us have experienced the symptoms of insomnia (inability to fall or stay asleep) at some points of our lives. However, more than 30% of people suffer from insomnia and other sleep-related problems regularly. Unfortunately, taking sleeping pills is not always the best option for them as the medicines can become habit-forming and are also hazardous to health. The good news for those suffering from sleep disorders is that Kratom can help them fall asleep easily without making the user addicted.

5. May improve focus and concentration

The effects of Kratom resemble those of a nootropic and work as a concentration boosting agent. Specifically, the white and green leaves of Kratom are ideal for improving focus and reducing brain fog. Because of this, Kratom is now being used as an alternative medicine for students with Attention Deficit Hyperactivity Syndrome (ADHD).

The Negative Effects Associated With The Use of Kratom

Kratom does not generally produce serious side effects when used responsibly. However, there is a mild risk of side effects that the users should be aware of. The intensity of the side effects can range from mild to dangerous – depending on the dosage taken.

Some side effects from taking Kratom of more than 15 grams include:

How to avoid the negative effects of kratom?

The best way to avoid complications when taking Kratom is to start off with small doses. Taking too much is guaranteed to make you feel sick in the stomach which is why it is important that you find the dose suitable for your needs.

Start off with one gram of Kratom and wait around 45 minutes to see how your body reacts. If you don’t feel anything, take another gram. Stop as soon as you start gaining the desired effects and continue the next day from where you left off.

It is also essential that you measure the dosage accurately and instead of eyeballing it, invest in a good digital scale, so you know exactly how much you are taking.

Additionally, if you change the strain or supplier, make sure to adjust your dosage as well because the different potency can react differently and may increase your risk of side effects.

The body is longer able to absorb the alkaloids present in Kratom better when taken on an empty stomach. You can also take an antacid 30 minutes before taking Kratom and have a light meal 30 minutes after to give the body plenty of time to absorb the active components.

Using any strain of Kratom for more than six months can cause dependency in more than 50% of users. Those users are more likely to experience withdrawal symptoms, similar to those of opiates such as nausea, vomiting, and rise in blood pressure, pain in muscles and joints, and increased craving for Kratom. This is normally common in those individuals who stop the use of Kratom abruptly.

Just like any other herbal supplement, Kratom has its own set of advantages and drawbacks. While using it correctly can bring in lots of changes to your health and well-being, its extensive use can cause several unwanted side effects. The best solution is to use of Kratom in moderate quantity and avoid using it regularly as well. Instead, use it on alternate days to prevent dependency and addiction.

Previous article
Grassroot Harvest Kratom – A Review of 2023’s Ethically Sourced Kratom
Next article
How To Get Kratom Out Of Your System Fast? Get Rid Of Kratom