HomeKratomHow Does the Kratom and Melatonin Combination Work? 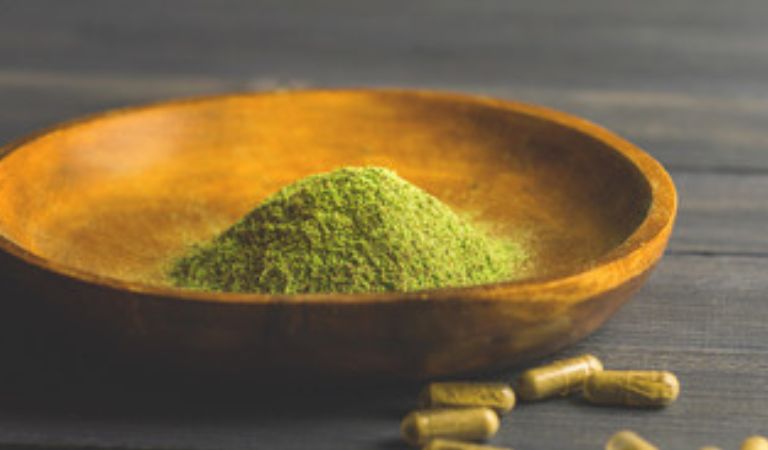 Different people experience different effects when using Kratom. Experts agree that the user’s perception of Kratom’s sedative or energizing effects may depend heavily on the strain and vein color they select. Even while Kratom has numerous benefits that users enjoy on their own, some claim that melatonin amplifies Kratom’s effects.

Melatonin was first introduced to the market as a sleep assistance drug in the early 2000s. This natural compound has come to be associated with a night of peaceful sleep.

Due to its numerous advantages, consumers of Kratom now often combine Mitragyna speciosa with melatonin. What about its efficacy and safety, though? Let’s learn!

The kratom tree is native to Southeast Asia. Its scientific name is Mitragyna speciosa. The most notable alkaloid in kratom leaves is mitragynine, although there are others as well. The primary effects, such as ecstasy, irritability, and drowsiness, result from mitragynine and its metabolite, 7-hydroxy mitragynine.

As a whole, Kratom has a stimulating effect when taken in small doses. However, at high enough dosages, it becomes more sedative in nature.

The pineal gland is responsible for producing endogenous melatonin. It is the tryptophan in the body that is converted into melatonin.

The midbrain’s raphe nuclei are responsible for the conversion of tryptophan to serotonin. A mechanism causes a certain quantity of serotonin to be transported to the pineal gland. The suprachiasmatic nucleus, which regulates the body’s 24-hour internal clock signals pineal glands and that is under the influence of these signals where that serotonin to melatonin conversion takes place.

As a result, the sleep-inducing and cycle-controlling hormone melatonin are secreted in greater quantities in the darkness.

Since the Food and Medication Administration has not recognized it as a drug, synthetic melatonin is considered a food additive. It functions in a way that’s analogous to natural melatonin.

Melatonin is used for :

Sleeplessness that occurs for no apparent reason

Multiple studies are being conducted on the following diseases:

Why Use Kratom with Melatonin?

A significant proportion of people take Kratom because they like the plant without adding anything else. However, this fact does not rule out the possibility of enjoying the substance in conjunction with melatonin.

Most people who integrate Kratom’s effects do so to heighten the impact of the red veins strain of Kratom. Melatonin isn’t a kratom enhancer; red vein kratom and melatonin are a great combination because of their shared sedative properties.

Incorporating melatonin into your routine can assist you in avoiding increased kratom dosage when trying to maintain a relaxing state. However, some kratom consumers take melatonin hours after consuming white vein kratom to mitigate the drug’s side effects.

You can reduce the stimulating effects by consuming melatonin once you’ve accomplished what you set out to achieve after using white vein kratom. If white vein kratom prevents you from falling asleep because you took it too soon tonight, try this instead.

What Effects Does Kratom Have On Melatonin?

There are two distinct types of interactions between Kratom and melatonin agonistic and antagonistic. Assuming the first, their effects are similar, and the latter is completely contradictory. The effects of combining these substances are minimal to moderate.

Anxiolysis, pleasure and enhanced mood are only some of the effects of Kratom that are produced by its action on specific sites. However, melatonin aids in controlling the body’s natural sleeping pattern. Melatonin is most often used to aid with sleep. So, it might be a sedative in that sense.

The substances are metabolized differently. For example, CYP3A4 plays a crucial role in the metabolism of Kratom. However, melatonin is metabolized by CYP1A2.

The following are some of the ways in which kratom and melatonin influence one another:

When taken in doses between 6 and 12 grams, Kratom has a sedative effect and may help you get some rest. Consequently, the sedative effects of melatonin can be amplified by taking Kratom in large quantities. This improvement might be counterproductive or excessive.

Taking both drugs at once will cause hypersomnolence or extreme drowsiness.

The profound drowsiness brought on by the induced hypersomnolence can bring on a sleep apnea episode.

Pharmacological antagonism develops when two medications have the reverse effect if combined. Kratom can improve focus and alertness in amounts of less than 5 grams. However, it has antagonistic qualities, meaning its benefits will be reduced when coupled with a sleep-provoking substance like melatonin.

How To Use Melatonin With Kratom Together?

Combining red vein kratom with melatonin can increase the effectiveness of both substances. If you want the effects of both to happen at the same time, taking them in the same way, is usually the best bet. Due to the popularity of melatonin in pill form, it’s essential to take Kratom in the exact dosage form.

It’s possible that taking melatonin with white vein kratom won’t be the most effective strategy for mitigating its side effects. This would make the whole thing feel more like a green vein. The best time to take melatonin is just before bed when you’re ready to relax.

Is Combining Melatonin with Kratom Safe?

According to the discussion above, the interaction between Kratom and melatonin depends on the dosage of Kratom and might be either agonistic or antagonistic. Neither combination is ideal, but unexpectedly strong sedation poses a health risk.Make sure to check with your provider before taking both of these together.

When used with melatonin, Kratom may either increase the sedative effects of melatonin or completely counteract them. Therefore, you should spread your doses and pay close attention to how much Kratom you take. You must always get your providers approval prior to combining any medications.

Previous article
What Are The Health Risks Of Kratom On Liver?
Next article
Gold Bali Kratom: Benefits, Dosage, and Side Effects