What Are The Effects Of White Vein Kratom? 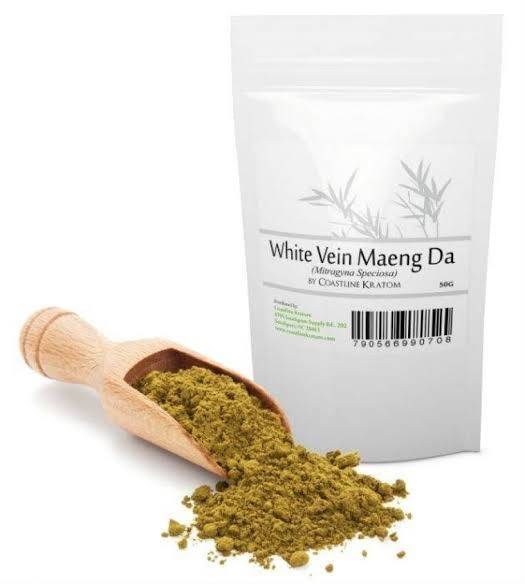 A white Kratom sounds like a magical thing. Among all the varieties, white vein strain is the most useful in many ways.

Not much of the users know that white leaf Kratom is natural energy booster. So they can be a substitute for the morning coffee or tea. Isn’t this amazing to try for a fantastic day ahead.

Moreover, white strains don’t have as such other highly popular effects such as analgesia, stress relief, etc.

In a battle of the best Kratom strains, a white vein is a little less familiar yet effective. The Kratom users from the world pick their favorite stain as per their personal usage and needs

For a person who is looking for an energy booster. The search ends on all white vein strains. Let’s see how these white leaves help to elevate the energy and stamina in a user.

The most common effects of white Kratom stains

The effects of white vein leaves are far different than the rest. Unlike others, it doesn’t have a high potency of pain control, stress relief, sleeping aid, etc.

The most common effects of it are relevant to energy, stimulation, focus, concentration, positivity, stamina and strength. That is both physical and mental. Here take a closer look at what it offers.

Probably the most prominent feature of all white vein Kratom strains is boosting a user’s body.

Many of the other kratom strains offer this property to buy the thing is that either that effect is too less or very high quantity requirement.

The popular discussion forums where Kratom users share their reviews tell that many people use white vein strains for an early morning boost.

It is similar to use an energizer like coffee or tea in the morning which provides the same effects. The amount and form of energy from Kratom is direct, cleaner and more powerful as coffee or tea.

The goodness of alkaloids makes it the best choice which has no chemicals, no artificial flavors or additives like processed teas/coffees and other stimulants.

The energy from white Kratom stays with the user for a whole day, making him more efficient throughout time.

Cognitive functions are overall thoughtful processes that are supported by the brain. It includes focus, concentration, memory, and faster analytical skills.,

Some of the users have shared that all of these functions run side by side with the boosting effect.

It suggests that these particular effects are linked with the physical boost.

So the function of Kratom is not just to promote physical activeness but strengthening of mind too.

White vein Kratom strains have no direct linkage with controlling stress. However, they do help to make you feel lighter.

Whenever the physical and mental endurance there, it often brings peace of mind.  It is clear that it is only a mild function and it never actually helps in psychotic issues i.e. depression, anxiety, etc.

How is white kratom strain different from others?

Many of you will think that it’s easy to differentiate between all three Kratom vein types. Apparently, all three have different colors.

Anyone can differentiate between these easily. The significant difference between red, green and white vein leaves is of alkaloids.

Alkaloids are defined by the online medical dictionary as;

“One of a large group of organic, basic substances found in plants. They are usually bitter in taste and are characterized by powerful physiologic activity. Examples are morphine, cocaine, atropine, quinine, nicotine, and caffeine.”

Kratom is a new subject for research until the date. Unfortunately, there is no evident information on the complete alkaloid profile of every strain.

The preliminary studies explain that alkaloids do differ between strains that contribute most to the effects that they produce.

For now, the information which is available suggests that mitragynine, 7-hydroxy mitragynine are two substantial bioactive compounds which initiate a difference in effects.

White veins have very mild painkilling and sedative effect which is perfectly understandable by the fewer amounts of speciogynine and ajmalicine.

These two are muscle relaxants and sedative elements which are abundantly high in red and green strains.

Do white vein strain works for all?

White vein Kratom has a strange effect. The variability in results is so diverse that it may range from zero to maximum. For some people, it brings the best of stamina, strength, and endurance.

Unlikely, for others, it brings absolutely nothing. The effects of all other strains i.e. red and green are fairly common for all users.

Only the white vein Kratom strains play this unique role. There is no research to explain it. However, the discussions believe that it has a link with an individual’s body chemistry which mixes with alkaloids.

Not every person can have some effects on it, as each body is unique. Once, the effects are there. The user is more likely to repeat using it regularly.

It is ideal for sensitive people as it is a mild yet energetic strain of Kratom.

What are the popular white kratom strains?

White vein Kratom is not just one strain. There are many of them which grow in different areas. Hence they have a slight difference in properties too. Two most common varieties are as following:

One of the best Kratom for sedation comes from Borneo, an Island by region. The analgesia of this strain is also eminent but less intense than red and green strains.

It is ideal for the people who want to excel in life by adapting and active lifestyle and mental approach.

White Bali strain can be an amazing strain effect wise only if has a correct harvesting practice with it. It is a soothing combination of analgesia and relaxation along with energy-boosting properties.

White Maeng Da is yet another energizing strain of Kratom. It shares similar properties with white Thai Kratom.

The analgesic effect is a bit higher which is why white Maeng Da is more popular than white Thai in joints patients.

As the name indicates, this white variety is from Thailand. It has highly energetic effects with almost no analgesia to offer. It is equally powerful as morning black coffee.

Most common effects of white kratom via Reddit and Drug-Forum

White vein Kratom is had special, distinct white vein leaves. Since the white color matches with the smoothness and peace, the plant brings similar results.

By far, the white Kratom strains are the best for an energy boost, social movement, self-confidence, endurance, stamina, and focus.

It is ideal for students and highly professional users who have to tackle brainy tasks each day.

Previous article
Can You Mix Kratom With Marijuana? Is That A Safe Combination?
Next article
Full Spectrum CBD/Hemp Extract vs. CBD Isolate