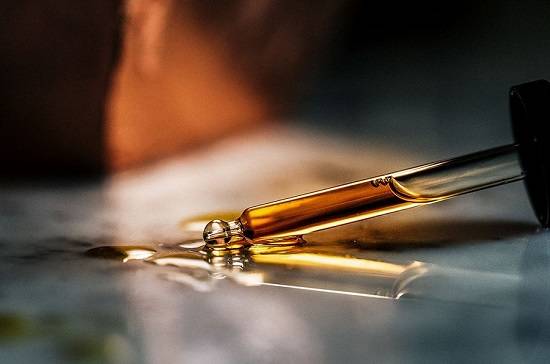 Cannabidiol, or CBD in short, is a non-psychoactive drug that has recently become increasingly popular amongst people because of it’s many beneficial properties. The drug is consumed in different dosages and forms as required per the need of an individual.

This article deals with a comparative study of the two basic types of CBD; Full-spectrum CBD and CBD isolate.

What Is Full-Spectrum CBD/Hemp Extract?

CBD is among one of the many organic compounds that are found in the hemp plant. To isolate CBD, the plant has to undergo either ethanol or carbon dioxide extraction.

The product collected after the process of extraction is called CBD oil. CBD oil does not entirely consist of CBD but has many other substances which include terpenes, Vitamins, Minerals, essential proteins, fats, and various other cannabinoids.

Moreover, the extract has a higher proportion of CBDA which is the acid derivative of cannabidiol. To convert CBDA into CBD, the extract is heated in a process called decarboxylation.

The resulting mixture is called Full spectrum CBD or hemp extract, which is not the purest form of CBD and features all the essential components that are initially present in the hemp plant.

What Is CBD Isolate?

CBD isolate is the purest form of the cannabinoid, CBD. It is the refined version of the hemp extract, obtained by performing various chemical processes. These include chromatography, which helps remove chlorophyll from the original extract.

A process known as winterization is also conducted, which rids the extract from waxes and high melting oils. The final product is 99% CBD, collected either in the form of powder or pure crystals.

The isolate is then tested in laboratories for the presence of THC, mold, mildew, fungus, toxins, heavy metals, and residual solvents in attempts to protect the end user from any contamination.

CBD isolate is tasteless and doesn’t have any smell which enables it to be integrated into some products. The absence of THC makes it safe to use by people from all fields of life.

Which Is Better, Full Spectrum or Isolate?

It was previously believed that CBD Isolate, being a purer form of Cannabidiol, was more potent and therefore, more efficient compared to the hemp extract.

In 2015, this belief was proved wrong by a study conducted in the Lautenberg Center for General Tumor Immunology, Jerusalem. Tests were performed on laboratory mice, where two different groups were fed with Full-spectrum CBD, and CBD isolates respectively.

The results showed that mice fed with Full-spectrum CBD experienced higher levels of relief which rose with an increase in dosage.

The researchers concluded that refining the original plant extract deprived the product of its many vital components such as vitamins, minerals and numerous cannabinoids which are otherwise beneficial to the body.

The results of the study which generally favored Full-spectrum CBD, however, could not be applied to individuals who are involved in fields where drug testing might be concerned.

Must Read:  CBD Oil Near Me: Your Local CBD Buying Guide

This is because Full spectrum CBD contains traces of THC, which is a psychoactive drug that will show up in test results.

How Does Full Spectrum CBD Work?

The effectiveness of the full spectrum CBD lies in a phenomenon called the entourage effect, where all the cannabinoids with their distinctive properties, combine synergistically to provide far better performance than any single compound.

Scientists have shown that the plant components interact with one another, aiding in body function and enhancing the absorption rate of the drug.

As stated earlier, Full spectrum CBD contains Cannabinoids, Terpenes, Vitamins, Minerals, proteins and fats which give the product an extra edge over the isolate form. We will now go through these components one by one and learn how they help our bodies in various ways.

In legalized CBD extracts, the level of THC is less than 0.3%. It is a psychotropic drug that causes euphoria, relieves pain, increases appetite and suppresses muscle spasms.

Many plants have low levels of CBG since it is readily converted into CBD and THC. CBG is beneficial because it aids in sleeping, inhibits cancer cell growth, promotes bone growth and slows down bacterial growth in humans.

CBN is the degradation product of THC. It provides a psychoactive effect and has a higher affinity for the CB2 receptor compared to the CB1 receptor.

CBC has not been studied much, but the studies that have been conducted so far show that it acts as an antidepressant, helps relieve pain and reduces inflammation.

They are chemicals, required in small quantities, that work along with cannabinoids to benefit the body.

It acts as an anti-inflammatory drug and helps in boosting memory and alertness.

It helps relieve depression, insomnia, and stress. It also acts as a sedative.

Works as an antibacterial drug relieves pain and suppresses appetite.

Full-spectrum CBD contains about twenty amino acids, including the nine essential ones. This aids the body in carrying out metabolic processes and helps repair and build tissues. The presence of fatty acids such as Omega 3 and Omega 6 proves beneficial to the heart.

All in all, it may be concluded that Full spectrum CBD provides more benefits and it a more efficient drug compared to the pure form of CBD.

We should, however, keep in mind that every individual has their own needs and should, therefore, consume the type of product that fits their requirements.

Those people who are not sure as to whether they are allergic to certain cannabinoids apart from CBD, should either contact a professional or opt for the CBD isolate.

Previous article
What Are The Effects Of White Vein Kratom?
Next article
10 Checklists to Help You Choose The Best CBD oil Tinctures