HomeKratom StrainsCan You Mix Kratom With Marijuana? Is That A...

Can You Mix Kratom With Marijuana? Is That A Safe Combination? 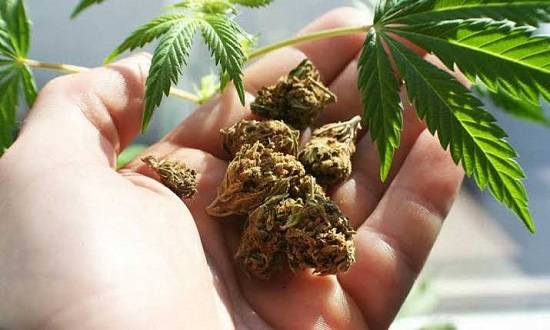 Mixing various organic substances to enhance the impact is standard practice. Many users combine multiple drugs and herbs with Kratom to potentiate the effects. This mix can have a quick effect, which remains for a more extended period too. However, Kratom and other organic substances can be very refreshing and impactful.

People often take Kratom with Kava Kava. This combination is famous for a reason! Often Marijuana users ask if it is a good idea to mix kratom and marijuana to enhance the impact? Cannabis is a stimulating substance that helps with health issues. Kratom is a refreshing organic substance that can energize users and increase their mental focus. However, mixing the two materials might be a better idea!

Users have tried Phenibut, Gabapentin, some other opiates, and Cannabis together. Mixing of Kratom and Marijuana is a common thing too. However, is it safe to mix other drugs with Kratom? What effects or adverse effects does potentiation produce?

Marijuana and Kratom, is it a safe combination? Let’s look into the depth of this topic.

If you take drugs and drink at parties, I am sure you must be aware of Kratom too. So, basically, Kratom is a plant or a tree that is grown in various countries of Southeast Asia. The leaves of this tree contain alkaloids that produce some amazing effects.

The primary alkaloids are Mitragynine and 7-hydroxymitragynine. Kratom also has tryptamine alkaloids which are responsible for the psychedelic properties. Moreover, these alkaloids act on the Opiate receptors present in the brain to produce Opiate-like effects.

These effects include analgesia, stimulation, euphoria, relaxation, and sedation at high doses.

Kratom produces various effects that include;

Marijuana or Cannabis is the commonest used illicit drug. It is Schedule 1 controlled substance.

It is a psychoactive drug that affects almost all organs of the body. It is also called weed, herb, grass, ganja, pot, Mary Jane, etc. Secondly, the main psychoactive component of marijuana is delta-9-tetrahydrocannabinol (THC). Other than this, the Marijuana plant consists of more than 500 chemicals, including several cannabinoids.

After smoking weed or marijuana, THC is absorbed into the bloodstream and crosses the blood-brain barrier to reach the brain.

These cannabinoids then start affecting memory, thinking, coordination and movement, time perception, and pleasure. Moreover, THC and other cannabinoids affect the orbitofrontal cortex and hippocampus of the brain, which is responsible for memory formation and attention.

THC is responsible for altering the functions of basal ganglia and cerebellum. Thus the reaction time is reduced, and the posture loses balance. Moreover, THC is also responsible for inducing the release of dopamine that enhances the pleasure or reward center of the brain.

This is why people use weed for recreational purposes too. Effects of cannabinoids also include a feeling of euphoria (high), relaxation, giddiness! The colors seem brighter and the emotions are profound.

Marijuana also has slight hallucinogenic effects, and it also alters the mood. It increases heart rate causing tachycardia and palpitations. Consequently, it reduces blood pressure and psychomotor coordination. Marijuana causes nausea and increases in appetite. The long-term effect is impairment in memory retrieval.

Comparison of Kratom and Marijuana

Kratom and Marijuana make an excellent combination. To make this combination work, you can start by taking Kratom first, and then after 1 to 2 hours, you make take Marijuana.

Both drugs synergize the effects of each other. If both substances are taken in small doses one can achieve energy, positivity, and motivation.

If you consume Kratom in a small dose, and Marijuana in higher doses, the latter tends to mask the effects of Kratom. Secondly, Kratom is mildly sedative, while Marijuana is highly soothing, so the dosage can result in dizziness and laziness.

Kratom and Marijuana both act as anxiolytics, and when combined, they can provide therapeutic effects for anxiety. Both drugs also have antidepressant action. Thus it can reduce stress. Both drugs induce euphoria.

Both are sedatives so the combination can help those who suffer from sleep disorders especially insomnia.

Kratom and Marijuana for pain relief

The phytochemicals in Marijuana and Kratom are responsible for alleviating pain. The analgesic action of these two drugs is used for the following ailments;

Pain management is achieved by the alkaloids present in Kratom that act on the mu and delta Opiate receptors to stop the transmission of pain signals.

Similarly, the alkaloids THC, CBD, and CBG present in marijuana help in pain suppression and increase the tolerance of body towards pain.

Medicinal benefits of Kratom and Marijuana

Common medicinal benefits of both Kratom and Marijuana include;

How to take Kratom and Marijuana together?

Proper care is required while taking the combination. Both of these drugs have side effects so the dosage and method of consumption should be such that the adverse effects are kept minimal.

The dose of Marijuana should always be lesser than Kratom. You can use powder, tea, juice, or even pills for Kratom. However, once you ingest Kratom, wait for 30 minutes to 2 hours to smoke Marijuana. The concentration of both substances should be less to avoid the hyperactive behavior.

Side effects of Kratom and Marijuana combination

Some of the side effects associated with the consumption of Kratom and Marijuana mixture are;

Concluding, is it safe to take Kratom and Marijuana combination? Absolutely yes! Only if you know, you are accepting the right dose, and you’re taking it at the correct intervals. There are no dangers of combining the two drugs in low doses. However, to remain on the safe side, ensure that you avoid taking highly soothing as well as energetic strains of Kratom.

Previous article
Verified CBD Reviews: How Reliable Is This CBD Oil Brand?
Next article
What Are The Effects Of White Vein Kratom?