HomeKratomMixing Kratom and Adderall: Key Facts You Need To...

Mixing Kratom and Adderall: Key Facts You Need To Know 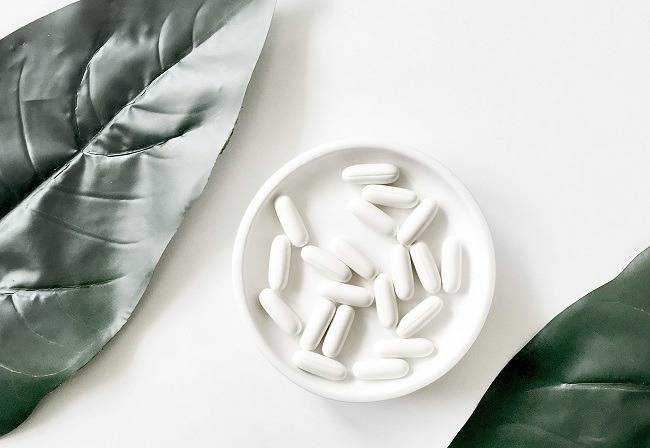 The two main components act as central nervous system stimulants and thus can affect the brain chemicals and nerves.

What Do You Know About Adderall’s Past?

Unlike kratom, Adderall does not have a long history. Amphetamine was first discovered in 1910 and did not hit the market up until 1935.

Later, students, academics, and professionals started using it to boost their productivity and performance.

During World War 2, its use was encouraged by the governments, peculiarly American and British, when amphetamine was provided in bulk to the armies to keep the soldiers active and decrease their sleeping time.

Adderall Might Be New For You, But You Must Be Familiar With Kratom!

Kratom or Mitragyona Speciosa, a tropical evergreen tree of the coffee family, is known for its medicinal effects. This tree is generally found in Southeast Asia.

Alkaloids are the main components of kratom that are primarily responsible for many of the kratom effects.

Enough with the introduction!

Let us discuss the key facts about two of these Kratom and Adderall in detail here.

Fact 1 – Adderall Is A Psychotropic Drug While Kratom Is Not

Adderall is a psychotropic drug that affects our brain and central nervous system (CNS). It increases the activity of dopamine, epinephrine, and norepinephrine.

But what do you know about these chemicals?

Dopamine is the neurochemical responsible for pleasure and reward. Thus, Adderall can quickly induce euphoria.

On the other hand, epinephrine, commonly known as adrenaline, puts our body in the fight-or-flight mode and creates intense stimulation and arousal. Norepinephrine brings about more alertness and focus.

Thus, Adderall being a psychoactive drug, can get you high, primarily at higher doses. This is especially the case when the user is taking Adderall without a prescription.

On the other hand, kratom is not psychotropic. Kratom contains alkaloids; the two most active and abundant alkaloids found in it are mitragynine and 7-hydroxymitragynine.

At lower doses, kratom just produces a stimulating effect, which provides the user with calm and soothing effects.

Even at higher doses, kratom can only induce a high-like feeling with a rush of euphoria.

Kratom, in general, does not get you high, nor the drug will control your senses, movement, or posture in any way.

Thus, kratom is generally used to relieve pain, fatigue, tackle insomnia, and in general, for boosting and calming effects. It cannot induce hallucinations or alter your mind and senses in any way.

Natural stimulants are substances that are derived from any natural sources, like plants, roots, etc.

Kratom comes from an evergreen tree native to Southeast Asia. Its leaves are then crushed or powdered.

Even Liquid form made from kratom extracts is available. Traditionally people use to chew kratom leaves. So, in essence, kratom is a natural herb.

Contrary to kratom, Adderall is a synthetic drug composed of a potent mix of four salts of amphetamine. Adderall is the brand name of a drug made by DSM pharmaceuticals.

Many other pharmaceutical and drug companies make a generic version of this drug.

Fact 3 – Overdosing Kratom or Adderall Can Be Fatal?

Although several deaths have been associated with kratom overdose, all these cases involved taking kratom with alcohol or other drugs like opioids, gabapentin, etc. There exists no evidence of death caused by kratom alone.

Although the odds of fatal events due to kratom overdose are pretty narrow, the negative effects should be pretty much enough to hinder anyone, even thinking of abusing kratom.

Kratom overdose can cause serious adverse effects, which are discussed later in this article. These negative effects get worse due to the lack of appropriate research.

At optimal doses, it imparts all the beneficial effects that you are looking for

Generally, Adderall is supposed to be taken as a pill when prescribed by a physician.

However, people who take it without prescription for purposes like increasing focus and productivity have relied on the crushed powdered form. This is problematic.

In the form of a pill, Adderall will exhibit its effects gradually. On the other hand, snorting the powder will allow the user to feel the results quickly, and thus this increases the user’s chances of getting addicted to it.

Overdosing without any medical condition, especially by snorting or injecting, can be deadly.

Adderall overdose has been reported to cause seizures, stroke, and heart failure, among other fatalities.

Just to give you a rough idea, a dosage of 20-25 mg per kg of human’s weight can be fatal.

Must Read:  The List Of 4 Enhanced Kratom Strains: Why These Are Special?

Even if not, once addicted to it, sudden withdrawal can have severe harmful effects.

However, Adderall and kratom are different in this instance; some strains of kratom encourage you to sleep like a baby where Adderall induces wakefulness.

Kratom, due to its miraculous calming, soothing, and relaxing effects, can promote sleep and help fight insomnia.

That is why many users take kratom at night and Adderall in the morning.

In any case, do not take Adderall four to five hours before hitting your bed.

Have You Ever Wondered About Mixing Kratom and Adderall To Make A Perfect Combo?

When these two drugs are used in a combination, they provide you peace of mind and a sense of contentment. This combo will take you in the skies and fly you across heaven.

In a combo, Adderall will tend to boost you by increasing your productivity, whereas kratom will continue its job of keeping you calm and relaxed. At low doses, the combo of these two drugs acts as stimulants.

Many users of Adderall have reported using kratom in cases where they are unable to sleep after the use of Adderall.

To conclude, using the combo will make you more alert, sharp, productive, and euphoric.

What Are Some Of The Potential Negative Effects Of Kratom and Adderall?

Although a popular drug now, there is little research done on the potential negative effects of kratom.

Adverse effects of kratom include nausea, dry mouth, constipation, itching, and may get as severe as liver damage, stomach ulcers, psychosis, and seizures.

On the other hand, Adderall can cause dry mouth, insomnia, headaches, dizziness, and its effects can get as severe as chest pain, delusions, rapid heartbeat, respiratory problems, etc.

Thus, considering their potentially harmful effects when abused, we would highly recommend you to use the combo occasionally.

In fact, it would be better if you try to consult a physician beforehand.

This is because taking these drugs without any prescription and with your free will, it might make you dependent on it, leading to a full-time addiction.

Once you are dependent on them, it is just a downward spiral path.

It is tough to withdraw, let alone the fact that there will be massive negative withdrawal effects on both your mental and physical body.

Even if you do try this combination, take the dosage of both the drugs in small quantities compared to the dosage you take when consuming them standalone.

Lastly, it is strongly advised not to use kratom and Adderall together immediately. Rather try to keep a reasonable time gap between intaking each of them

Well, enough with the harmful effects. Adderall and kratom both are drugs with a lot of benefits too.

That is why Adderall is prescribed by physicians to treat illnesses while many rely on kratom to relax themselves.

What Are Some Of The Benefits Of Kratom and Adderall?

Well, let us look at the benefit of these drugs one at a time:

Adderall stimulates the release of two chemicals dopamine and norepinephrine.

Kratom, due to its different therapeutic benefits, has been used for hundreds of years, primarily to relieve pain and fatigue.

Other than this, kratom has marvelous calming and relaxing effects helping the user to fight depression and anxiety.

Many users have reported seeking refuge in kratom, by substituting it for opioid withdrawal.

To conclude, both drugs have their pros and cons. It is upon you to get the most benefits out of these drugs.

Beware of the highly addictive Adderall in case you are snorting or injecting it.

In general, avoid using it if you are not prescribed. Use it seldom if you want to use it for recreational purposes.

When you do go for the combo of kratom and Adderall, make sure to give enough break between intaking the two drugs.

And, in the case of the combo, cut down on your dosage of each drug. Now with all the secrets spilled, you are well informed about these two drugs.

Previous article
Top 20 Kratom Shops In Los Angeles
Next article
Why Is Green Hulu Kapuas Such A Big Deal At Mount Kratom?