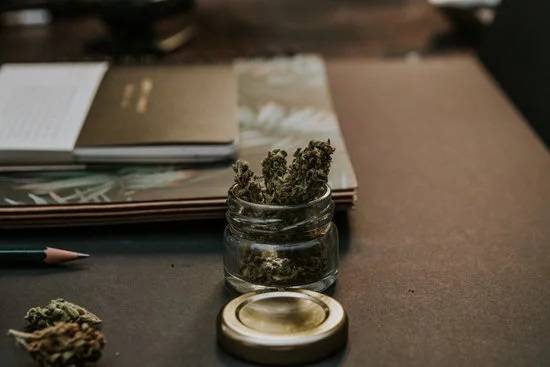 The topic of marijuana has always been the hot topic of discussion and is mostly considered as the reason of fiery debates among the authorities and policymakers.

The legalization of marijuana has always been viewed as the point of dispute because the opinions of people and states are still divided on this particular issue.

In spite of the awareness regarding the dangers of marijuana, many countries are now pushing their policies to legalize the use of medical marijuana.

The main reason behind the strong favor of marijuana legalization is the substantial evidence of medicinal benefits linked with cannabinoid compounds.

Medical marijuana has skyrocketed to fame due to its incredible benefits for the treatment of different diseases.

Though, marijuana plant has not been provided with an absolute green signal from the U.S Food and Drug Administration.

However, there are many scientific studies linked with the benefits of marijuana chemicals, also known as cannabinoids, which are also the part of many FDA-approved medications.

As marijuana plant contains cannabinoids chemicals that are used for the treatment of wide range of diseases and illnesses; the legalization of marijuana for medical purposes is gaining massive support across the globe.

In many states of USA, medical cannabis had already been legalized due to its enormous medicinal advantages.

Medical marijuana comes in a wide range of forms that can be smoked, vaped, or can be taken as a pill.

Moreover, it can also be prepared as edible foods such as cookies, chocolates, and brownies. In actual, marijuana has been classified by the Federal Drug Enforcement Administration as a Schedule 1 drug, which in turn depicts that it has a high potential for misuse and with no legitimate uses.

However, the therapeutic purposes of marijuana are undeniable. It has been proven by scientific studies that marijuana is effective in lowering neuropathic pain caused by damaged nerves.

The study also reveals that when used in the form of pills or oral sprays, marijuana can reduce stiffness and muscle spasm.

The use of medical marijuana can also assist in the treatment of glaucoma, schizophrenia and many other serious illnesses.

While the legalization of marijuana is still a debatable question for many lawmakers, one cannot deny the enormous medical benefits linked with it.

Considering the marijuana legalization, there are both dangers and benefits associated with it.

If you are also wondering about concluding the good and bad of marijuana legalization, and to understand the more precise picture of its impact in our society, we have listed the detailed pros and cons of marijuana.

Marijuana is usually sold on the black market, and it gives a massive profit on the wrong side. On the other hand, the government always tries to adopt ways to increase their revenue.

Legalization of marijuana can turn the tables by redirecting the profit from the black market to government funding for the support of different development projects.

The taxes imposed on the buying and selling of marijuana will give a massive boost to country’s revenue that can be used for the benefit of general public.

The medical benefits and a wide range of medicinal use of marijuana are the primary reasons that are pushing countries for the legalization of cannabis.

Medical marijuana has skyrocketed to fame due to the significant positive effects on the patients suffering from chronic pain, and anxiety disorders, especially for the people with cancer.

In spite of getting prescribed by the health practitioners, it is a daunting task for the patients to find a medical store that can provide them with cannabis.

The legalization of marijuana will allow the stores to stock the medical marijuana as long as they abide by the rules and policies imposed by the government.

The availability of medical marijuana and cannabis in the state approved dispensaries will allow patients to have easy access to the drug.

So much stress has been put on legalizing marijuana keeping in view its medical benefits, as it can help significantly in managing excruciating pain in severe illnesses.

The active ingredient of cannabis is Tetrahydrocannabinol (THC) that makes it possible for the patients to get relieved from the pain.

Besides pain management, THC is also known beneficial for the treatment of different health conditions including Alzheimer, cancer, glaucoma, insomnia, and asthma.

Better Control Over The Substance Use

The use of illicit drugs is getting common in parties, clubs, and concerts, which is an alarming situation for the government to deal with. Due to the lack of regulations in the country and lack of awareness among people for these substances, the use of the substance is not controlled.

By legalization of marijuana, the control over the substance use can be enforced by raising the awareness of using medical marijuana. With the increased know-how about the medical marijuana, it would be easier for people to make their own decisions and choices.

Following are the possible few downsides of the marijuana legalization:

It Can Be Addictive

Being addictive is the most common and popular reason that goes against the marijuana legalization.

The marijuana substance is composed of more than 400 chemicals along with THC, which is responsible for the high effect that makes the individual desire for more.

The constant use of marijuana may develop substance tolerance in the user and eventually will result in the dependence and addiction.

A Beginning for More Dangerous Substances

The constant use of marijuana could result in the stepping stone for drug users for developing the habit of getting high.

The scenario may lead them towards the usage of more dangerous drugs such as cocaine, heroin, and others. Marijuana legalization may open the gateway for the people to use cannabis for recreational purposes that can create a social imbalance in the long run.

The shots of marijuana can affect your brain within 15 minutes of intake. One of the adverse effects that are common is altering the perception that can be the cause of dangerous situations such as road accidents or machine equipment injuries.

While the use of marijuana can boost the risks of road accidents, it can also become a risk to public safety. Smoking weed can result in serious crimes such as robbery, rape, and violent attacks.

Adverse Effects On The Brain and Lungs

One of the scariest cons of the legalization of marijuana could be the fact that how much it can damage the human brain. It is believed that the constant use of marijuana can have a severe negative impact on the flow of blood in the brain.

The lack of oxygen in the brain cells can result in acute situations such as coma or death. At the same time, marijuana also affects the lungs significantly.

In fact, the negative impacts of marijuana on lungs are considered ten times higher than the ordinary tobacco cigarettes.

Can Increase The Risk of Cardiac Issues

Though, the overall health condition can be affected due to over usage of marijuana. However, it can significantly increase the risk of heart diseases because of the chemicals that can build obstruction in the natural blood circulation and oxygen flow throughout the body.

Smoking marijuana can increase your heart rate up to 100 percent, which can eventually increase the risk of cardiac arrest or heart attack.

Smoking marijuana can mainly target the central nervous system. The brain is the primary organ, and the use of cannabis may interfere with a person’s mental ability to focus or concentrate and make proper decisions.

The effects of marijuana can last for several weeks after use, which can severely affect the brain functions of organizing information. The common mental illnesses associated with the use of marijuana are depression, schizophrenia, and bipolar disorder.

In spite of all the downsides associated with marijuana legalization, the benefits of medical marijuana cannot be ignored. Many states of U.S. have opened the doors towards legalizing the use of marijuana under strict policies and laws.

However, in many countries, it seems to be a never-ending battle between those who are in favor and those who are against the marijuana legalization.

Keeping in consideration the serious concerns related to marijuana legalization; many states of U.S. have termed up strict policies and laws so that the medical marijuana can be used for the benefit of patients.

Also, the lawmakers have made sure that the use of a substance should be controlled and would only be available on the authenticated prescriptions by licensed dispensaries.

Instead of the argument regarding pros and cons of marijuana, it is essential to concentrate on the implementation of policies governing marijuana legalization.

With a proper framework of laws and policies, the society can be protected from marijuana addiction and all its other adverse effects.

Why You Should Try Cannabis and Ways to Consume It?

How To Choose LED Grow Lights To Grow Cannabis?

Why Are Your Weed Plants Growing Slow?

A Guide For Choosing The Best Delta 8 Brands

How To Choose Between Feminized & Regular Cannabis Seeds (Pros & Cons)?