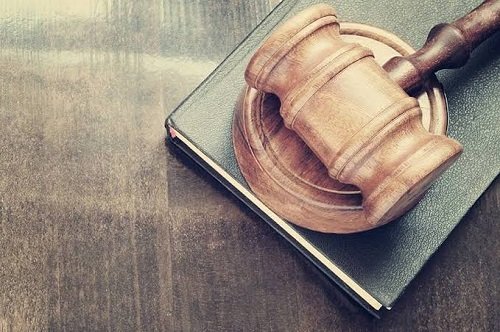 Despite being dubbed as the “drug of concern” by FDA, Metragyna Speciosa, or in other words, Kratom has been the miraculous lifesaving drug for many. As a herbal tea used by Asian farmers in the 19th century, it is intriguing that the Americans have gotten fond of Kratom so quickly. There are 16 million Kratom users in the USA at the moment, who are using this beneficial botanical for pain relief, anti-depressant, and as a remedy for drug addiction.

However, the legality concerns surrounding Kratom has dampened moods of everyone around, as they never know when and where it can be made illegal. At the moment, Kratom is illegal in Alabama, Arkansas, Indiana, Tennessee, Vermont, Rhode Island, Wisconsin, Columbia, and Washington DC. For the rest of the USA, it is entirely legal to use, sell, and buy.

This, howbeit, makes the Kratom legality status in banned states yet again controversial and non-sensical. For instance, Kratom possession can turn a person lawbreaker in Indiana while the same person can openly use this drug without any criminal charges only a few miles away in Kentucky. Yes, borders at play for the worst!

Due to constant changes made in the Kratom legality laws, it can be much confusing for the American residents to realize whether Kratom is legal or not in a particular state at any given moment. To make it easier for you, we have explained everything concerning Kratom legality status in Indiana, in this article.

Unfortunately, Indiana is one of those states in the U.S. that has wholly banned Kratom within its boundaries. You can neither use nor buy and sell Kratom anywhere in Indiana.

On March 15, 2012, the Governor of Indiana, Mitch Daniels, passed HB-1196 as the law that banned more than 60 substances that were found in synthetic drugs. This law prohibited the manufacturing, possession, and trade of all the dangerous drugs, including Marijuana, Hashish, and Synthetic cannabinoids. The weird part was that Kratom wasn’t named in the legislation; however, it was classified as a synthetic cannabinoid -which it isn’t- and hence, was banned in Indiana.

Soon, some amendments were made with the help of SB-0305. Howbeit, it again incorrectly identified Kratom as a synthetic drug. This bill prompted the law-abiding agencies to regulate Kratom under the laws and legislation of controlled synthetic substances.

Although Kratom wasn’t classified in the statement yet again, two of its contents -named, mitragynine and 7-hydroxy mitragynine- were included in the list, which inevitably made Kratom illegal also.

Later in 2014, lawmakers were made aware of this considerable mistake, as Kratom is a naturally grown botanical herb. Similarly, both of the compounds found in Kratom and mentioned in SB-0305 are also entirely organic and not synthetic by any means. This prompted the legislators to go through the law change yet again.

However, the situation was only made worse as the amended law classified Kratom as Schedule 1 Hallucinogen substance, adding it in the same category as Marijuana, Heroin, and LSD.

What Are The Kratom Laws In Indiana?

As we have already established that Kratom is banned in Indiana currently; hence, any Kratom manufacturing, regulating, trading, possessing, and even flying with Kratom as a tourist is illegal in the state. Not only that, but there are dire consequences for lawbreakers found maintaining Kratom in the territory of Indiana.

If you are caught possessing Kratom, you can be charged with a Class A misdemeanour. This equates to a penalty of 12 months in prison and a fine of up to $5,000. Also, the severity of the crime can be increased in certain circumstances. It includes carrying Kratom while in the company of a minor or near educational institutes like schools. Such individuals are liable to be charged with Level 6 Felony, meaning a penalty of 6 months to two and a half years of jail time and a fine of up to $1,000.

Moreover, another point to keep in mind is that Indiana has not passed any remedial statute yet to allow possession of Kratom for even medicinal purposes. Additionally, it is also illegal for any of the doctors to prescribe this drug.

What Are The Reasons Of Kratom Ban In Indiana?

The primary reason to push forward the ban on Kratom usage was because of the misguided attempt to put Kratom under the category of synthetic cannabinoid that can mimic the effects of marijuana and cocaine.

To support HB-1196, senator, Ron Alting said in an interview,

“Many retailers understand the dangers of these drugs and refuse to sell the products. Other places profits over the well-being of young, vulnerable kids. Now those who refuse to play by the rules will suffer the consequences.”

Another main reason for the Kratom ban was the misled and unreasonable fear for public safety. However, it is somewhat baffling to think that the State of Indiana was pushing the ban on Kratom usage since 2012. A time when even FDA and DEA had not started showing any concerns regarding the drug. It was only in 2016 that Drug Enforcement Association (DEA) tried to classify Kratom as schedule 1 drug temporarily. The main driving force for pushing this ban was the 44 deaths registered between 2011 to 2017 that were found to be associated with Kratom.

Must Read:  Most Closest Alternative to Kratom And Their Effects

Kratom Trade Association (KTA), the only trade group for Kratom vendors, is one of the leading organizations fighting for Kratom rights in Indiana. In fact, according to them, they are the only group actively struggling to legalize Kratom in the state. Their struggles almost bore fruit in 2018 when they started a campaign and collected funds to further the cause of Kratom ban reversal in Indiana.

According to KTA’s first newsletter published in 2018,

“Language that would have reversed the ban was nearly amended into S.B. 74 , but opposition came from members who wanted the matter researched further in a summer study committee.”

They have further explained that this is also a positive step towards the fight for Kratom legalization, as the government and law agencies are trying to learn more about Kratom now. It has not only opened a possibility towards the ban reversal but eventually, it will also prove beneficial in mitigating any misconception associated with Kratom usage.

Further, KTA has promised to continue their struggle until they come to succeed. However, there aren’t any updates concerning any new action taken by the association as of yet. Though, we hope that advocacy efforts are still going on with the legislators of the jurisdiction.

What Are The Opinions Of Residents Of Indiana Regarding Kratom Ban in Indiana?

If we take a look at the public opinion in Indiana, it inevitably seems more inclined towards the positivity of Kratom and how it should be made legal in the state. Kratom users focus on how the miraculous botanical has enhanced their quality of life by alleviating pain and fatigue. Moreover, it has been immensely helpful for them with opioid addiction. If such opinions keep pouring in, it is speculated that the Kratom ban might be reversed in the future.

According to fifty-three years old, Cindysue, who was prescribed Kratom at an Indiana Clinic for chronic pain,

“Kratom is ideal for me because I have previously struggled with opioid dependence and am allergic to over-the-counter medications like ibuprofen.”

Courier and Press, a daily newspaper based in Evansville, Indiana, has even described the unfairness of Kratom ban in the following words,

“Drug policy shouldn’t be dictated by state lines. A drug doesn’t immediately become dangerous – or safe – just because you cross the twin bridges.”

Can Kratom’s Legality Status Change In Indiana In the Future?

Yes, it can. The legislation making Kratom illegal can be subjected to change, just like any other law. Although public opinion is towards the ban reversal, there are not any notable associations and groups working actively towards this cause currently in Indiana. The only positive occurring is that people are signing petitions and collecting funds by themselves to move the authorities to lift the Kratom ban in the state.

What Can We Do To Make Kratom Legal In Indiana?

Laws are made for public safety mostly. So why can’t public overturn the laws?

Of course, they can. By putting pressure on the authorities and lawmakers, you can help reverse the ban on Kratom usage in Indiana. It is essential to understand that the placement of the ban is due to misconceptions and lack of knowledge regarding Kratom usage and drug reactions. Hence, we not only need educational and advocacy efforts but also to try our best to not paint Kratom in any negative light by the irresponsible use of this herbal drug.

Moreover, a statement was released by American Kratom Association earlier this year, which clearly states that Kratom has no notable side effects, and has a very low potential for abuse. This makes it entirely safe for use for opioid addiction, as the main argument against Kratom usage is that a substance that can cause addiction itself can not be used to treat addiction.

It is high time that we start raising our voice to convince the authorities to conduct more researches. You can also have a look at American Kratom Association’s Advocacy Toolkit for inspiration and more details.

Where To Buy Kratom In Indiana?

Although some online Kratom vendors still ship to Indiana, we will advise you to never go against the law. We urge you not to try to obtain Kratom by illegal ways as it will not only under shadow the usefulness of Kratom by putting it under a negative light, but you can also be punished severely for this criminal offence.

Now, your best shot at obtaining Kratom without any repercussion is by actively taking part in movements for Kratom ban reversal. Further, any efforts you can make towards the struggle to change Kratom’s legality status will be welcomed by all.

As of now, Kratom is illegal in Indiana to use, possess, and trade. The basis for which Kratom was initially made illegal was non-sensical. It only further proves the fact that the only way to alleviate misconceptions surrounding Kratom is by proper educational and scientific researches and strong advocacy. In many states, laws regarding Kratom ban has been changed, so there is a high chance that they can be altered in Indiana too. If this were to be made possible, many people would be relieved of the difficulties and problems caused by Kratom ban.