HomeKratomWhat Are The Health Risks Of Kratom On Liver? 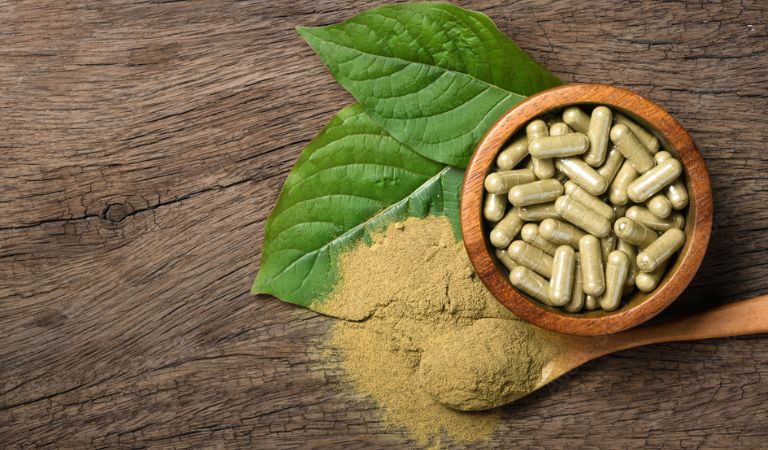 Kratom, scientifically known as Mitragyna speciosa, is a tropical evergreen tree in the coffee family located in Southeast Asia. Its leaves can be consumed fresh or dried and are often made into tea. It contains several active compounds, including mitragynine and 7-α-Kratom. These compounds interact with receptors in the brain, producing feelings of euphoria and pain relief.

Kratom is not illegal and has been easy to purchase online for some time. However, there are a lot of concerns about its safety.

There is a lot of conflicting information regarding what are the health risk of kratom on liver. Some people say that kratom is hepatotoxic, while others claim that it has no negative impact on the liver. So what is the truth? Let’s take a closer look at kratom and its effects on the liver.

Does Kratom Affect the Liver?

Researchers reviewed 404 incidences of liver damage due to additives and found that kratom was a possible contributor.

According to experts, whether or not kratom induces liver problems or even other health concerns cannot yet be determined. The significant benefits and hazards of kratom, a plant-based remedy, are still being sorted out as its popularity grows.

The possibility of using it as a cure for opiate withdrawal, among other conceivable applications, is often cited as a reason for the uptick in its popularity.

The research concludes that kratom usage may lead to significant liver harm in certain users. The results are consistent with previous studies, while other experts argue that it is still too soon, and perhaps reckless, to claim that kratom is the source of these health concerns and should be outlawed.

Effects of Kratom on Liver

Kratom is considered a potentially hepatotoxic herb. Ingesting excess kratom can cause liver damage, including fibrosis (scarring) and cirrhosis (destruction of liver tissue). These effects are thought to be due to the active compounds in kratom, especially mitragynine.

Cholestasis is a condition where bile flow from the liver is blocked. This can lead to jaundice, itching, and pain in the abdomen. Kratom use has been linked to cholestasis, though it’s unclear if kratom is the direct cause.

Acute liver failure is a rare but potentially life-threatening condition when the liver suddenly stops working. Kratom use has been linked to acute liver failure, though it’s unclear if kratom is the direct cause.

DILI is a condition that can occur after taking certain medications, including kratom. Symptoms of DILI include fatigue, nausea, abdominal pain, and dark urine. If you feel  these symptoms after taking kratom, stop the dose immediately and see a doctor.

Supplement usage has been linked to 404 occurrences of liver damage, which was investigated by scientists from the U.S. Drug Induced Liver Injury Network in a recent survey.

They linked eight of the reported instances to the use of kratom-containing products. It was speculated that kratom was the cause in seven of the eight instances.

But it seems that the frequency of such events is rising.

Researchers analyzed events from 2004 to 2018. In 2017, the only year in which there were several cases, three people had liver damage.

In a news statement, the study’s principal author and the chief of gastroenterology at Philadelphia’s Einstein Healthcare Network, Dr. Victor Navarro, said that the findings suggest a possible rise, which may have occurred at the same time as the drug crisis.

Must Read:  Will Doctors Prescribe Suboxone For Kratom Withdrawal?

He warned healthcare professionals that the widely accessible drug, often taken for its psychotropic benefits, might cause serious liver harm.

What Do Specialists Believe?

The current research identified a tiny number of incidences of liver damage, although several specialists were concerned by the findings.

According to experts, there has been an increase in the number of Americans consuming kratom in recent years because of the plant’s easy accessibility over the internet and in brick-and-mortar stores.

More than 1-3 million individuals in the United States use kratom, according to Marc Swogger, Ph.D., a clinical psychologist at the University of Rochester Medical Center in New York who studies the medicinal and hazardous use of drugs, especially kratom.

Due to increased availability, he claims that figure has grown over the last several years.

He also noted that it is unclear from the available studies whether or not kratom was the direct cause of the injuries experienced by the sample population.

Using a single case study to draw such a broad conclusion, as Swogger said, would be inappropriate because of the study’s shortcomings. Instead, more research, especially randomized controlled studies, is needed to record kratom’s potential benefits or drawbacks correctly.

Even though Swogger believes the dangers of kratom have been exaggerated, he acknowledged some threats. He added that using a plant that hasn’t been well-researched or controlled carries an element of danger.

He warned that certain items had possible additives and unanticipated side effects. He also said that heavy kratom users could experience withdrawal when they try to cut down.

Swogger recommends that anybody interested in trying kratom do so only from a reliable dealer who thoroughly checks their wares.

However, he also claims that kratom is a viable secondary prevention alternative that has been reported to assist patients in overcoming their reliance on opioids.

After hearing public criticism, the DEA scrapped the idea altogether, but other organizations have taken legal action against kratom.

The Centers for Disease Control and Prevention (CDC) recommended in February 2018 that individuals avoid using kratom due to salmonella infection.

Simultaneously, the FDA asked a significant supplier of kratom products to destroy a huge stockpile of the drug.

The Food and Drug Administration said in February 2017 that 44 fatalities had been linked to kratom use dating back to 2011. According to updated data from the CDC’s National Center for Health Statistics, kratom was a factor in 91 fatalities in 2016 and 2017.

For the sake of the healthcare system, the FDA declared in February 2018 that it strongly recommends that all firms presently selling products with kratom designed for human use follow the FDA’s lead and pull such items off shelves.

There is still much debate surrounding the use of kratom, with some experts warning of its potential dangers and others extolling its possible benefits. Until more research is conducted, it is difficult to say definitively whether kratom is safe or unsafe for the liver. In the meantime, individuals interested in using kratom should exercise caution and purchase their products from reputable dealers.

Previous article
Is Kratom Legal In Hawaii?
Next article
How Does the Kratom and Melatonin Combination Work?