Can Kratom Affect Your Blood Pressure? 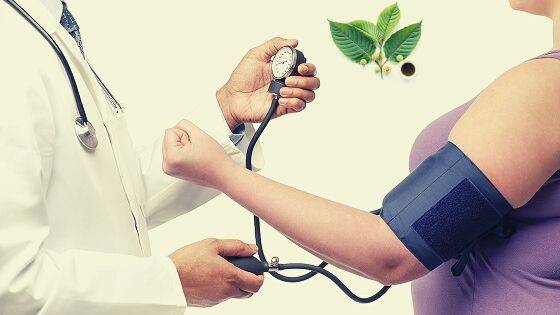 Kratom, a well-known herb has been known for its various contributions to health care. Today, we are going to dig a bit deeper for another benefit; kratom’s role in blood pressure. There have been many speculations about it and more research needs to be done but if you’re someone who is about to begin the journey of Kratom then this is a must-read.

We know Kratom has a sympathomimetic effect, which means that it should affect the blood pressure too. What is the effect? What dose produces what effect?

We need more knowledge to answer these questions. Let’s have a look at some information collected from some research studies and blogs.

Kratom is a stimulating as well as a sedating herb that used for medicinal and recreational purposes. It is a tree that grows in the humid climate of Thailand, Malaysia, Indonesia, and other Southeast countries.

Kratom has three types depending on the color of the central vein of the Kratom leaf. These three categories are White Kratom, Green Kratom, and Red Kratom.

Each of these Kratom strains has variable effects depending on the content and type of alkaloids present in them.

What Is Increased Blood Pressure?

Increased blood pressure or hypertension is persistent blood pressure around 140/90 mmHg or above for most adults. Some people have a genetic predisposition, and thus they are very cautious while consuming Kratom. Hypertension rarely shows symptoms and diagnosed by screening methods or when seeking healthcare for a problem that is not related to blood pressure. Some patients report that they get headaches and feel lightheadedness, tinnitus, vertigo, and episodes of fainting when they have elevated blood pressure. On physical examination, one can observe the effects of hypertension on the optic fundus.

What Is Decreased Blood Pressure?

Relationship Between Kratom and Blood Pressure

Kratom consists of many alkaloids including mitragynine (previously thought to be a primary active ingredient of Kratom), 7-hydroxymitragynine ( a major active component of Kratom) and mitraphylline.

It acts primarily as a mu-opioid receptor agonist though it is structurally similar to yohimbine. It has some adrenergic receptor activity that resembles the action of yohimbine.

This adrenergic activity may result in increased blood pressure slightly. However, as it acts on the opioid receptors, so it shows similar effects. In most of the case, it lowers the blood pressure as Opiates do.

Kratom has many uses other than stimulating and relaxing properties. Kratom is known to lower blood pressure levels but it completely depends on the type of Kratom you are using, as well as the intake.

There are different strains of Kratom such as green, white, or red and each of them helps out with something different. For example, red strain is mostly associated with promoting relaxation, ensuring that the nervous system becomes more active, and the blood vessels relax. So, if you use the red kratom then it will reduce blood pressure levels instead of increasing them.

Should I Use Kratom for Blood Pressure?

The first thing you should do before using Kratom for any sort of purpose is to consult your doctor and see what they have to say. Kratom acts differently for each person and every use so we cannot directly give any medical advice without knowing anything about your background or medical history.

However, if you want to do some research yourself, then you should know that recently, The World Health Organization, reviewed Kratom and declared that it is not a threat. Moreover,  if you conduct your research, you will learn that Kratom has been in use for many years now, in many countries which is why it has proved to be helpful for many people with blood pressure-related concerns.

Is Kratom A Cause For High Blood Pressure?

As the use of Kratom can differ from person to person, kratom and blood pressure fluctuation can be dangerous for people who are already taking blood pressure medications.

Poison control centers in the US stated that they received around 1800 reports between 2011 to 2017 which included death from Kratom overdose. Research suggests that Kratom can be a cause of high blood pressure and hypertension if it is consumed at higher doses and when it is mixed with psychoactive drugs.

What Are The Major Effects Produced By Kratom?

Effects of Kratom are variable as it depends on the type of strain used and the quantity or dose of Kratom taken. Results may appear earlier for some while late for others, depending on the level of tolerance developed to one particular strain.

Must Read:  What Are The Most Effective Ways To Take Kratom?

Kratom can have both beneficial and harmful effects, and this depends on the user. If abused, it may show adverse effects similar to that of Opiates but milder.

Kratom shows results after 15 to 30 minutes of consumption when the alkaloids cross the blood-brain barrier and act on the Opiate receptors named as mu, delta, and kappa receptors. The effects produced by Kratom include analgesia, euphoria, stimulation, sedation, enhancement of cognition, etc.

Effects of Kratom At Small Doses

At small doses, Kratom acts as a stimulant. It makes one feel motivated and euphoria. The stimulation can help one achieve much more than usual. You can focus better, as your cognitive skills are enhanced.

One is more sociable and confident. One starts to feel analgesic effects too, but they are mild. So basically, one experiences the high state at small doses.

The low dose could be 2 grams for a beginner and 6 grams for a person who has addicted to taking Kratom.

Effects Of Kratom At High Doses

The combination of sedation and analgesia used by patients who have chronic pain and can’t sleep because of Kratom. Avoid large doses of Kratom while driving or using machinery.

For beginners, a large dose of Kratom lies between 6 to 8 grams. For those who have developed tolerance to the effects of Kratom, they require a dose of up to 20 grams to produce sedation.

What Do People Have to Say About Kratom and Blood Pressure on Reddit & Drug Forums?

Users claim on various drug forums that consumption of Kratom has resulted in the elevation of their blood pressure. A dose of 6 to 7 grams can raise blood pressure sufficiently. One user claimed that even when he lowered the dose of Kratom and stopped taking it altogether, he would notice a spike in his blood pressure. Due to high blood pressure, many users also complain of getting headaches. Also, it has noted that those who complained of hypertension had increased systolic pressure but normal diastolic pressure.

A popular topic among people on Reddit, people have varying views on the use of Kratom when linked with blood pressure levels. A few users shared how it has been working great for them while others said that the taste didn’t suit them or that because they are already on blood pressure medicines, they don’t want to mix the two of them, and have stopped using Kratom. Moreover, a user also shared that Kratom helps them lower their blood pressure levels and how they are grateful for its use.

Is Kratom Safe to Use?

There have been many reports that have stated that kratom use and blood pressure are beneficial and it has a lot of potential for people who have been using it. It is known as a safer alternative to drugs which is why it is increasingly becoming popular and many people are using it. However, Kratom is only safe for use if it is consumed in smaller quantities and you don’t end up with an overdose.

What Risks to Consider About Kratom?

When consuming Kratom remember that there are certain precautions that you need to keep in mind. Large doses of Kratom can cause serious issues and many studies have suggested that Kratom isn’t safe for pregnant or breastfeeding women. Also, Kratom is unsafe for pregnant women as babies can experience withdrawal symptoms after birth and might even get addicted to it. Therefore, it is advised to contact a health worker before beginning it.

To conclude, one may state that research in this area is a deficit, and one cannot just rely on the information provided by blogs and reviews. It must have to note that Kratom has shown variable effects on different users.

Thus if you are a hypertensive patient, you must take Kratom very carefully. Also, note that an increase in blood pressure may result in other complications like extensive bleeding after injury and headaches.

Therefore, it has recommended using Kratom with caution, even if you are not hypertensive. Symptoms like tachycardia, increased pulse, and headache may relate to hypertension, so you must regularly check your blood pressure when taking Kratom.

If you are already taking blood pressure medications then it is better if you stay away from Kratom and don’t mix the two of them. Also, specialists advise that consuming Kratom in small quantities is fine and large quantities and overdose should be avoided.

Previous article
Home Remedies for Detox? How to Detox from Drugs at Home?
Next article
Kratom and Benadryl – Some Shocking Facts