HomeKratomKratom and Benadryl - Some Shocking Facts 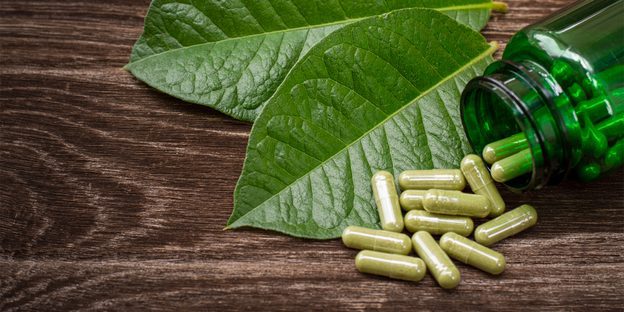 When we hear about herbal medicines for any disease, we think they will be safe, but we think otherwise when we come across some non-herbal medicine. Ever thought, why is it so?

Mitragyna Speciosa is a plant whose trees offer therapeutic benefits, while Johnson and Johnson invented a famous medicine named Benadryl, which counters the common cold. Many people use both of these, but there is a lot you probably don’t know about.

Are both safe to use? Can Kratom and Benadryl be mixed to get more benefits? Are they legal? Keep reading this article to learn some shocking facts about these two substances.

It is a tree grown in Southeast Asia, and its leaves hold all the qualities it is famous for. It is widely found in Myanmar, Indonesia, Papua New Guinea, Malaysia, and Thailand. It has multiple alkaloids, but two of them are very famous. These are 7-Hydroxymitragynine and Mitragynine.

Why Do People Use Kratom?

Ketum is also famous for offering some health benefits as other herbal substances. However, neither of these benefits are scientifically confirmed. Some of the therapeutic benefits associated with Kratom are that it boosts energy, relieves pain, and wards off depression.

If we pay attention to the energy-giving property, the leaves of this tree were chewed in the past by the labourers. They believed that doing so could help them tirelessly work for long hours. Therefore, they used to take these leaves in the morning.

Its use is not limited to this; these leaves are also consumed in ceremonies and are believed to be a substitute for opium.

Benadryl, which is usually sold as Diphenhydramine, is an antihistamine. Antihistamine is a drug usually taken to counter allergies.

As it is a strong deliriant if consumed in high doses, people also take it as a recreational drug. However, this can be very problematic, and people regret this choice when the effects are gone.

Why Do People Use Benadryl?

It is commonly taken to treat allergies and hay fever. However, the use is not limited to this because it is also seen to be used to relieve the symptoms of cold. On the flip side, it is readily available for consumers because it is an over-the-counter medicine. This enhances the chances of misuse.

Benadryl is commonly available in the form of Diphenhydramine. It can be sold in different forms, including Diphenhist, Benadryl Cough Syrup, and Nytol.

Kratom and Benadryl are totally different in terms of many things; combining them together will be a bad idea. Their interaction is simply an Agonistic Interaction. But we can compare their different characteristics, so it becomes easy to distinguish both.

What Are The Side Effects of Kratom?

Kratom can be especially harmful if taken in high doses, but in regular also, it can have some side effects. Due to limited research, these side effects are not scientifically confirmed, but users have reported them. The list of side effects also includes deaths, especially when the dose was increased. Moreover, high blood pressure, seizures, and nausea are also there. More of the reported side effects are;

Must Read:  Ashwagandha And Kratom Interactions

What Are The Side Effects of Benadryl?

Any form of Benadryl is restricted to being used in children under 6 years of age, yet some people use it to treat their allergies. The results are often very bad. Whether used in adults or children, it can have serious and non-serious side effects. The side effects are especially seen when the dose is high. Let’s talk about these effects below:

Above were the side effects which do not require so much medical attention. Now, let’s discuss the serious side effects of this substance.

Is It Safe To Mix Kratom and Benadryl?

Not at all. Kratom and Benadryl have almost the same effects; combining both can make it even stronger. This mixture can also be fatal. Many cases are reported where combining both substances has resulted in side effects. As they restrain brain activity, this makes users feel sleepy. It is the case, especially in higher doses.

There have been cases where people purposefully took both simultaneously to experience overwhelming effects, but all had to regret it later. However, if you want to try it, it is always better to ask your doctor first.

Upon research, the Food and Drug Administration (FDA) found out that two additional people died after consuming Kratom and Benadryl. Moreover, a person passed out because he took these two. Later, he was revived but still needed medical help.

Finally, you have gone through some shocking facts about Kratom and Benadryl. Both of these should not be combined at all. However, using any of these may also sometimes provide some side effects. If these side effects are felt, it is better to rush to the doctor without wasting time. It will be best to try out either of these in the presence of someone, so they can take care of you in case something bad happens.

Previous article
Can Kratom Affect Your Blood Pressure?
Next article
Kratom And Gabapentin: Is It OK to Use Together?