HomeKratomHow to Enhance the Kratom Effects and Make It...

How to Enhance the Kratom Effects and Make It Tastier? 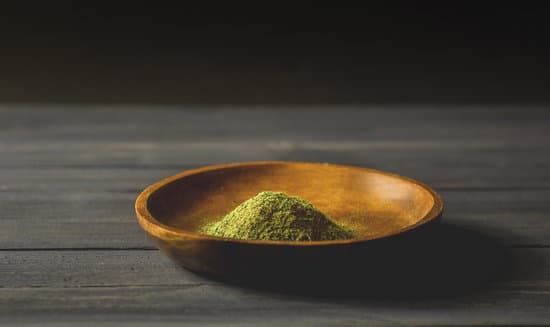 People consume Kratom with grapefruit juice or make a tea out of it. Many take porous capsules of Kratom. Many others take Kratom in the form of extracts and tinctures. Why?

One simple natural herb, yet it is taken in so many different ways. The purpose of taking additional supplements or juices with Kratom is to potentiate its effects, at the same time making it tastier.

Why does one need potentiation even though Kratom itself is quite a stimulant? How to achieve enhancement of Kratom? What is the concept of potentiation, and how does it work?

How to enhance Kratom effects and make it tastier? How to take Kratom to make it less bitter?

This article will be answering all these questions in detail, so let’s have a look at it.

What do you mean by potentiation aka enhancement of Kratom effects?

Potentiation is a concept in Pharmacology, which means that there is an interaction between two substances, either chemical or physical, that leads to a response that is pharmacologically greater than the sum of individual response to each substance.

The same phenomenon is applied to Kratom. Certain supplements, herbs, and drinks are taken along with Kratom to improve its effects. It can also be achieved even by concentrating Kratom, in the form of extracts and tinctures.

So the next time you hear about an 8x or a 15x extract, know that it’s the form of Kratom that will give you more potent effects as the alkaloids of Kratom have concentrated.

Why do you require enhancement of Kratom effects?

The Kratom effects enhanced by using various synthetic herbs as well as supplements. It can also help to decrease the amount or dose of Kratom taken and to ensure that the effects last longer.

The addition of natural or synthetic herbs results in increased elimination half-life of Kratom. Thus, the metabolites of Kratom remain in the system and act on the opioid receptors.

People also use this concept to enhance the onset of action. Usually, Kratom starts working within 15-30 minutes, but if potentiated, it shows quicker effects within 5-15 minutes. Potentiation also helps in giving more potent effects.

The Kratom stimulation will be more active. The euphoria makes you high, and the analgesic effect will be heightened.

What drugs potentiate Kratom and what is the mechanism?

To understand the interaction between Kratom and other drugs, we need to have a glance at the metabolic pathway of Kratom.

Basically, Kratom is metabolized in the liver by a set of enzymes called the ‘microsomal enzyme system of the liver.’

These enzymes breakdown Kratom into its metabolites that are ineffective and do not act on the opioid receptors. Thus, they excrete by the kidneys. The main enzymes involved in the metabolism of Kratom are CYP2D6 and CYP3A4.

Certain drugs like Cimetidine, Dextromethorphan, Diphenhydramine, Phenylephrine, and Acetaminophen are the main inhibitors of this microsomal enzyme system of the liver.

Once they inhibit these enzymes, Kratom is not metabolized, and it stays in its active form. Thus, it acts for a longer duration of time.

Though such drugs are great potentiators of Kratom, they are to be avoided. These can develop quick tolerance and cause high dependence.

The adverse effects of these medications, in combination with Kratom, are higher than the benefits.

If you are suffering from any cardiovascular, renal, or hepatic disorders, try to avoid mixing drugs as your clinical condition might get exacerbated.

What are the herbal natural supplements that enhance the Kratom effects?

Natural supplements are the best as they have negligible side effects. They do not affect any organ system of the body.

Some of the natural substances that enhance the effects of Kratom are grapefruit juice, turmeric, Cayenne Pepper, Tea, watercress, etc.

People mostly take orange or grapefruit juice with Kratom to make it tastier. However, it can be taken with various other drinks to make it delicious.

You can take it with green tea or chamomile tea. Also, you can use it in the form of capsules to avoid the bitter taste of Kratom.

Kratom can also be taken with anything sweet, even a bar of chocolate. So it depends on you, and your choice.

What other substances can be taken to enhance the effects of Kratom?

Taking coffee with Kratom is a real example of synergism, as caffeine found in coffee is a central nervous system stimulant. Valerian root promotes the soothing and calming effects of Kratom and helps in achieving quicker sedation. Other than this, Cat’s claw can take to reduce the time taken for the onset of action and increase the duration of action of Kratom.

While taking any drug in combination with Kratom, ensure that you have full knowledge about the drug interactions and side effects of that drug. Otherwise, you may get into trouble as potentiators may lead to excessive sedation leading to coma, respiratory arrest, and death.

Also, one type of substance shouldn’t use regularly. Instead, Kratom should be taken in pure form, and not even in the form of extracts or tinctures.

The reason is that you may develop quick tolerance to it as well as dependence, and on quitting, you may suffer withdrawal symptoms like that of Opiates.

Also, ensure that if you have an underlying disease, you should avoid all sorts of drugs and only take prescribed medicine.

Previous article
What Are The Symptoms Of Opiate Withdrawal And How To Treat It?
Next article
What Is Kava Tea And How It Makes You Feel Happy And Relaxed?