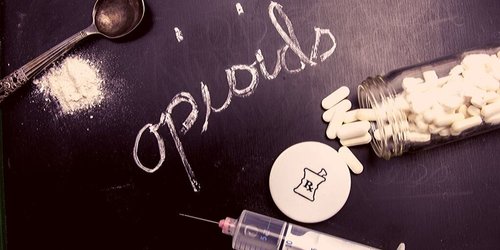 Kratom is the same plant that is gaining international recognition for its benefits in health and pleasuring experiences. As its popularity is increasing, the questions and criticism are growing even more.

For the moment, there are several reasons which make it a hot topic of discussion. For example, Kratom addiction is the new talk of the town. There are some online threads that have thousands of user reviews on it.

While it’s not a definite answer, there is no scientific evidence to proof or disproof it. Over the past few years, Kratom addiction was common among many users who didn’t share the same circumstances. Any comment on what was the reason would be a general assumption and no definite answer.

It is known that Kratom possesses opiates like characters, but is it an opiate? Is Kratom as addictive like an opiate or not, this is the question which this article will answer.

The Reality of Kratom Addiction

Addiction is a broader term which gives indefinite meanings. American Society for Addiction Medicine says that;

It sounds reasonable as the reason which is linked with Kratom works the same with sugar or caffeine. To check the addictive potential of Kratom, there are many pleasures to check.

How does a mild addiction form?

Mild addiction is the physical addiction that is sometimes common to see with Kratom. The high amounts of alkaloids make their way to the user body and become a part of it. As long as these alkaloids remain in the body, the addiction feelings get stronger. The best way to reduce the risk of Kratom tolerance is to break the physical dependence on early stages.

A user must ensure that the alkaloids are no more a part of the bloodstream. It takes around 12 hours to flush them naturally from the body completely. In this way, the chance of addiction is least.

How does extreme addiction form?

There are some subsidiary effects that often end up in severe Kratom addiction.

The ceiling effect of Kratom usage

“Ceiling effect” may be a new term for many of the users but this effect is not new. It is a unique type of experience that shows up with long time Kratom usage. After a certain level of Kratom use, the boosting effects increase as well as the side effects start to show up.

This ceiling effect disables a person to experience the same effects again. It also causes Kratom to cause addiction with not even half of the results. This addiction usually goes high, and the physical tolerance reaches a point that is never reached before.

These risks of side effects are highest with enhanced strains, extracts, and tinctures. Kratom leaves powder, and crushed leaves have a lesser potency to initiate them on their own. The effects are usually under control in a moderate amount and careful administration.

What are the withdrawal symptoms?

Kratom withdrawal symptoms are as real as their benefits are. The maximum time that this condition lasts is 5-7 days. These symptoms are mild and short-lived. Some of the common symptoms involve the following.

These symptoms are similar to caffeine withdrawal which is also a common thing to experience.

How does opiate addiction form?

There are certain signs and symbols to recognize opiate addiction. There is some user experience that can help to understand it. Opioid addiction is an undesirable effect of opioid drug abuse. It is usually unintentional and highly unwanted.

Opioid addiction is a result of opioid drug abuse. There are certain opioid drugs that cause this damage. It is a similar physical dependence. People with opiate addiction need frequent boosting to maintain the effect. It becomes very harmful when the person uses it for a very long time.

The drug abuse is most common with pain relief and pleasure-seeking efforts. It is such many things that the majority of people experience it at any stage of their life. The early effects include the following.

Some of the most popular signs and symptoms of synthetic opioid withdrawal are as below.

Opioid addiction symptoms are under control most of the time. One needs high motivation to self-help this process. Otherwise, medical assistance can help. The best way to help it is to make a group with people that have a similar problem. The interaction and socialization with fellows can motivate everyone to work on its removal.

There are licensed intervention professionals that can help. Every user is different, and the treatment plan is as per individual needs. The symptoms show up by the same manner, but everybody is different to react towards it. Several things can support this process. Such as

Also, there are certain medicines that help to assist the individual during this process. They make recovery faster and better. A few of them are buprenorphine, naltrexone, and methadone.

Must Read:  Key Questions On Using Gabapentin For Opiate Withdrawals

Comparison of Kratom and opiates

Opiates work by attaching to three sites on the human body i.e. Mu, Delta and Kappa receptors. These receptors are the binding sites for both opiates and substances that work like opiates such as Kratom. The result of this binding is to show up sedative and new effects.

The opioid agonist is a class of drugs that bind to the receptors and produce a sense that the user’s on opiate drugs. Reducing the addiction caused by drugs can be helpful.

Similarities between Kratom and opiates

Kratom is the miraculous plant from the East. It is famous for its relaxing and helpful benefits. Opiates are chemically made counterfeit medicines which are powerful as Kratom. The effects of both are the same. Both target and bind to the opioid receptors and help to reduce the pain and stress.

Kratom is a 100% herbal product but opioids are synthetic or semi synthetic. The only difference that they share is from their source, formulation as a product and manufacturing practices.

Difference between tolerance and cross-tolerance

Cross-tolerance is a response of the individual’s body which is a natural method of the competition of effects induced by two or more drugs. It is a process in which two similar types of drugs are in a game. Whatsoever dominates, its effects show up by masking the effects of others.

Tolerance and cross-tolerance are two different things. Tolerance is the response of the body in a reaction to chemical action. The body adjusts itself for the response whenever there is an additive agent. It comes up after long term or use and sometimes becomes harmful.

On the other hand, cross-tolerance is not a natural but manual process. It is an effect that is the opposite of tolerance. It shows up when one opiate dominates, and the other becomes recessive, while the individual is using both.

Cross-tolerance between Kratom and opiates

As far as cross-tolerance of Kratom and drugs is concerned, an opiate like Hydrocodone is unable to cause a cross-tolerance on Kratom. The binding sites of these opioids are highly accurate. Kratom doesn’t always hinder in this binding, but it is a well-known fact that Mu agonists, other than Kratom are very sensitive. They have a high affinity for cross tolerance.

In the case of the combination, the information is astonishing. The users who try opiates and Kratom in combination believe that it will accelerate the effects. It is usually for higher effects like pain killing or euphoria.

It works like the user continues using Kratom in routine and add up an opiate additionally. To your surprise, it is useless. There is absolutely no benefit to using them together. Both Kratom and drug i.e. Hydrocodone are equally high.

When anyone uses them together, the result is not a higher effect. The fact remains the same. However, only one decides to show up. The other one remains under the mask.

How to avoid cross tolerance?

Taking the combination of Kratom and opiates is unhelpful. There is only a high risk of tolerance development but no benefit. To control this process, the best way is to follow a cyclic manner. It means that the user will try Kratom and opiates separately on no more than twice a week.

The best method is to shortlist the effects which a user requires and find a suitable strain and opiate if necessary. Taking a moderate dose reduces the risks of all future problems related to health.

Kratom as an agonist

Kratom is a potential agonist which can ease the process of opiate addiction and withdrawal. It provides all the essential benefits that a user may want.

Red vein strains of Kratom are the most powerful to take any action. As they can provide high effects, they are also a potential agonist for chemical addiction.

It binds to the MU receptors and provides the feeling that the body is under the chemical opioid effect. Most significant strains are red Bali and Thai veins. Whichever strain anyone uses, the best way is to use it as per accurate method and amount.

Kratom addiction is real as it is one of the common things among Kratom users. The addiction is not a dangerous thing unless it is very long-lasting and doesn’t go with self-administrative techniques.

The addiction of Kratom is similar to opiates which are chemically made drugs. Most of the people, both users, and non-Kratom users believe that it is a true thing. The deep analysis of both provides that despite that both share a similar function, addiction of both is not the same.

The addiction to opiates is more intense, long lasting and harmful. The addiction from Kratom is comparatively less harmful and less prone to cause any damage. However, Kratom can act as an agonist to ease opiate withdrawal symptoms.

In light of all the above-listed information, a user may analyze that Kratom is a lot better to use for any reason, instead of opiate. It is comfortable, safe and better for health. In the case of any problem such as addiction, the Kratom based addiction is minor, less intense and hence treatable. 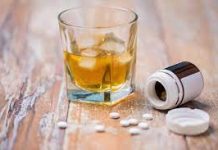 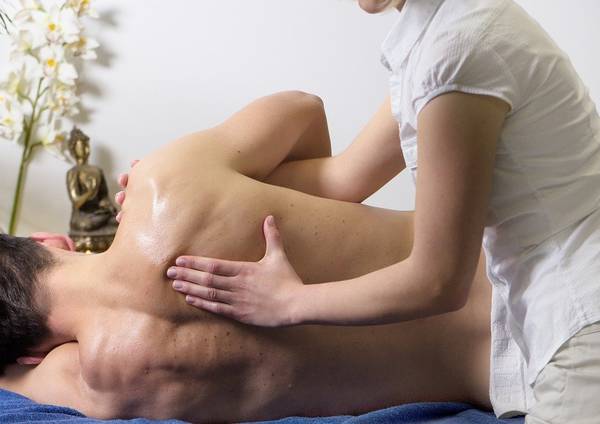