HomeUncategorizedWhat Is Kava Tea And How It Makes You...

What Is Kava Tea And How It Makes You Feel Happy And Relaxed? 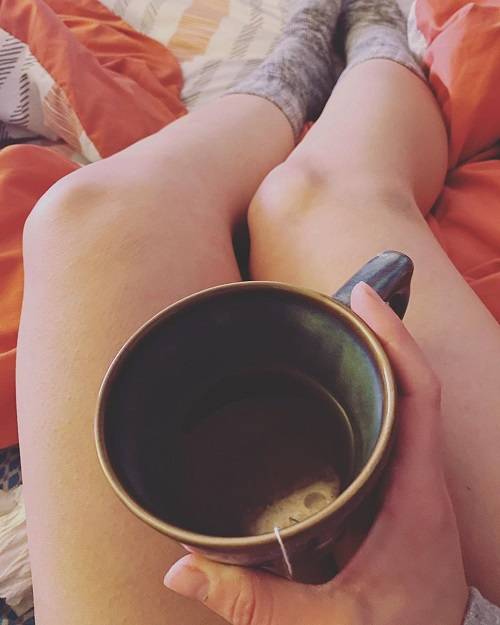 Kava tea is being served in many bars throughout the world today. These are the kava bars where people go to curb their anxiety and to get relaxed.

Many people are frequent visitors of these bars and they claim that kava tea causes mild hallucinations and can even get you high.

These different claims make kava tea a bit of a mystery. Which brings us to our topic; what is kava tea and how it makes you feel happy and relaxed?

Kava kava is a plant that is native to Western Pacific but in the recent years, it has grown popular and thus it is exported to all parts of the world.

It has been used in religious and cultural ceremonies to get relaxed and feel contended. Its recreational use has increased over the past few years as people have started discovering its euphoric effects.

The generic name of kava is Piper Methysticum. Kava is known to have active ingredients known as kavalactones and kavapyrones.

These substances act on the central nervous system to mediate effects of euphoria, relaxation, analgesia etc.

Growing demands of kava in the market have to lead to some scientist researching on the effects of the drug.

What is the mechanism of action of Kava?

Kava consists of kavalactones that bring about the changes in the neuronal pathways of the central nervous system.

Kavalactones are responsible for altering the GABAergic and Adrenergic pathways. Kavapyrones stimulates the activity of GABA by increasing its binding to the GABA-A receptors.

Since GABA is an inhibitory neurotransmitter, it reduces the excitability of neurons allowing one to get relaxed.

The kavalactone known as kavain is responsible for Glutaminergic signalling. Kavalactone such as dihydrokawain and desmethoxyyangonin increases the levels of dopamine.

What is Kava tea and how does it make you happy and relaxed?

Kava tea is a method of consumption of kava. It is a famous drink in many parts of the world and people consume it to get relaxed.

Kava tea is bitter in taste and it is made from kava root and water. A cup of kava tea can enhance your mood and feel you relaxed.

It also fills you up so you have reduced appetite. Kava tea brings about relaxation and sense of calmness because of the kavalactones present in the kava root.

The key compound in kava tea is kawain that induces relaxation but it doesn’t affect mental alertness.

If the kava tea has more yangonin in it one might feel the psychological effects of marijuana because this kavalactone acts on the THC brain receptors.

Desmethoxyyangonin present in kava is a kavalactone that drives up the dopamine levels making one happy and mellow.

What are user reviews about kava tea?

A blogger wrote about kava tea and its effects. According to him he went to a kava bar and ordered a cup of kava tea.

With the first few sips, he started feeling relaxing and his mood gradually improved. He felt mellow and happy.

He felt like he had no worries. He was mentally alert throughout the day. He just felt his muscles relaxing.

The guy didn’t feel any hallucinations nor did he get high. With his second cup of kava tea, he felt physically loosening up even more. According to him, he didn’t feel hungry the entire day after taking kava tea.

His overall experience with kava tea was awesome and he recommended others to try it.

According to another user kava tea tastes very bitter. When kava root is mixed with water it turns into a greyish drink that resembles a dirty puddle with an earthy taste.

Many people may gag on it initially but eventually one starts feeling relaxed without any blurring of vision or any distortion in the mental processes.

What are other effects produced by kava tea?

Kava tea can be taken for a number of reasons. It has proven efficacy and if taken in the regulated amount it can help one with innumerable medical conditions. Some of the effects of kava tea are mentioned below;

Kava tea used as a therapy for anxiety

Some clinical studies suggest that Kava is an effective herb in treating the symptoms associated with stress and anxiety. The kavalactones in Kava are responsible for operating in the brain via non-opiate pathways increasing dopamine levels as well as serotonin levels. Some studies suggest that Kava is as good as benzodiazepines especially Xanax. Kava is the drug of choice for the treatment of anxiety as it doesn’t affect mental alertness.

Kava as a remedy for mood swings in menopausal women

Kava helps in decreasing mood swings and elevation of mood as it alters serotonergic and dopaminergic pathways. It induces a pleasant feeling. Menopausal women take kava tea to help them with their mood swings and irritation without affecting other systems of the body.

Kava as therapeutic support for addiction to Opiates and Kratom

Kava has a significant value when it comes to therapeutic support for substance abuse. Kavapyrones (important kavalactones) is responsible for binding to particular receptors in brains that are associated with cravings and addiction, which are Opiate receptors in the case of Opiate or Kratom addiction.

Kava is the best herbal remedy for inducing sleep and fighting off insomnia as it stimulates the activity of GABA on GABA-A receptors and reduces adrenergic signaling. It helps improve the quality of sleep and decreases the duration of time required to fall asleep.

Flavokawains present in Kava, have anti-cancer properties. It inhibits the growth of tumor cells present in prostate and also helps in prevention of metastasis. It also helps combat breast cancer by decreasing the size of a tumor. It also boosts the immune system as it possesses anti-inflammatory action.

How to make kava tea?

Kava tea can be made at home from pre-made kava tea bags. A kava tea bag must have 70 milligrams of kavalactones to produce effective relaxation.

Allow the kava tea bags to be steeped for around 10 minutes. Do not use water above 140 Fahrenheit as it may degrade the kavalactones and reduce the efficacy of kava tea.

Add sugar or honey to mask the bitter taste. You can add milk as well as a cream to your tea.

Is kava tea bad for you?

Although you might have come across the reports and news about the hepatotoxic effects of Kava, yet there is scientific research on kava tea that proves its legitimacy as an effective way to curb social anxiety.

It is only bad for health if it is consumed in combination with other drugs or it is taken too frequently and regularly.

Also, you might get some toxic effects if you consume other parts of the kava plant. The part that should be consumed is kava root. The stem and leaves of kava plant shouldn’t be added in the kava tea.

Kava tea may cause yellowing of skin and nails and cause allergic reactions in some persons.

Long-term use of kava (more than 3 months in many cases) can lead to liver issues, facial puffiness, and swelling and shortness of breath.

Frequent consumption of kava tea can cause weight loss as it reduces your appetite. The bitter taste of kava tea may cause nausea.

Previous article
How to Enhance the Kratom Effects and Make It Tastier?
Next article
Is Kratom As Addictive As Opiates?