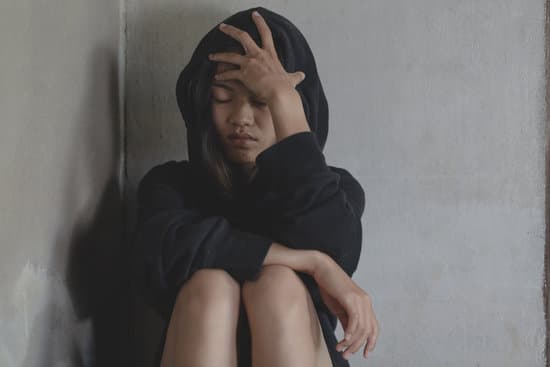 Kratom is slowly gaining the status of a modern-day herbal treatment. It has millions of users worldwide, but many people hesitate to try it for the possible risks.

The misinterpretation of Kratom as an opiate makes people think that Kratom has withdrawal effects like drugs.

Contrary to the perception, Kratom withdrawal is nothing like an opiate. Using Kratom for therapeutic reasons is a naive and smooth process that is more of a natural approach.

The experiences of uncomfortable withdrawal effects of Kratom are only stories. If this is the only reason, which is making you disregard Kratom, think twice.

What is Kratom withdrawal?

Kratom needs no introduction when it comes to top therapeutic herbs. For those who are new to Kratom, it is a tropical tree that grows in Southeast Asia.

Its leaves are abundant in alkaloids, which mimic the opiates but in a safer way.

Kratom is not an opiate itself. Historically, there are medical and recreational reasons to use Kratom.

One lesser-known reason to use Kratom is to get off from an opioid drug or alcohol. Kratom itself is neither an opiate nor a drug.

It is not even a processed product. Kratom is an herbal supplement derived from nature, which has high psychedelic powers like coffee and tea.

Recently, The American Kratom Association issued a report, which covered eight factors of Kratom evaluation. It was lead by Dr. Jack Henningfield who is vice president of Research, Health Policy, and Abuse Liability at PinneyAssociates.

The reports falsified all the common allegations on Kratom and its proposed ban by US Drug Enforcement Administration (DEA) as the products listed in Controlled Substance Act.

The report tells that Kratom’s potential to abuse and causes dependence is not even close to opiates and other synthetic drugs.

Only an unplanned, long-term use of Kratom can cause addiction. During this phase, if the user stops using Kratom, he may experience the withdrawal effects.

Kratom is available in different forms and varieties. It is available as a part of health supplements, herbal tea, and mixed tinctures or as separate products.

The selection of form and type is the user’s preference. Conflicting to the general assumption, Kratom is non-habit forming.

The only reason it may show a little dependence is when a user overdoses it in extremely high amounts, uses it continuously for long periods or combine it with drugs. If you notice, all these ways are opposite to the safe dosage guidelines for Kratom.

In this situation, when you stop using Kratom, the body goes through a process, which exhibits some odd effects- the opiate withdrawal effects.

The Kratom withdrawal effects are a natural response of the body, which works to get back to the working after you stop using it.

It is a healthy thing that your body is adapting to work without Kratom. But this process may bring up some undesirable effects that are signs of withdrawal.

The beneficial properties of Kratom are helpful even to make the opioid drug withdrawal better. Research published in the journal “Addiction” elaborates a case of self-treatment of opioid withdrawal by Kratom.

The only participant of this study was a patient of hydromorphone abuse. He used Kratom along with modafinil; he managed to treat the withdrawal effects of hydromorphone by himself. The study later verified the plant without any contaminant.

The researchers also conducted screening tests for Kratom alkaloids at opiate receptor in the brain. Use of Kratom helped for pain and withdrawal effects.

This research is a proof that Kratom is a healing herb and not a harmful psychedelic product.

The safe dosage practitioners of Kratom never go through this phase. For those that suffer from withdrawal, it is uncomfortable but not dangerous. Kratom is not harmful at all so there are least chances that it can go wrong for anyone.

Signs and symptoms of Kratom withdrawal

A close glimpse of the withdrawal symptoms shows that they don’t have a “dangerous” type of thing to cause. All these effects are general which usually go on their own.

However, the severity and duration of these signs depend on how much Kratom dosage one has used and how long one has been overdosing Kratom. The longer and higher dosage will result in severe effects.

The process of Kratom detox

Kratom dependence and withdrawal is a part of body’s detox process. This process is an essential part of natural recovery, which works against all opioids, whether natural or synthetic. Detox is the timeline which the body takes to get rid of Kratom remains. Kratom withdrawal has three phases.

In this period, the planning of pass the withdrawal phase starts. It may be with or without medical help. Usually, the medical assistance is only required in worst cases of misusing Kratom.

Must Read:  How To Buy Kratom With Bitcoin?

During this phase, the user passes the undesirable effects. It could be with natural remedies, controlling strategy or medicines to ease the signs.

It is the last step, which completes the detox process.

The symptoms of Kratom are not life-threatening, in fact, they are not even considered harmful. That is why the withdrawal effects can be healed with natural remedies and control plans.

As per Substance Abuse and Mental Health Services Administration (SAMHSA), following treatment options can help you against unwanted withdrawal phase.

On the personal level, you can do the following steps.

How long does it take to withdraw from Kratom?

The withdrawal duration lasts differently for different users. A standard length is between 7-10 days, which is same as that of opioid withdrawal.

The symptoms start to show up when a user stops using Kratom 24 hours after the last dose. At the start, it may look like a mood swing or stress.

The effects take a defined form as the time passes. Cold chills, sweats, and muscular pains are common to experience as the earliest signs. It usually takes 7-10 days for the withdrawal effects to vanish.

Following is a timeline of withdrawal effects. Research generally does not publish it. Instead, it is based on the user experiences shared online on Kratom discussion forums.

First day after the last dose

The first day after previous Kratom dose is the time when the symptoms start to show up. With every hour, they gradually strengthen their effects.

By the end of the day, the user suffers from stress, mood swings, fatigue, irregularity in sleeping, sweat, chills and even fever.

With every passing day, the effects intensify and are at highest between day two and day four. The additional symptoms pop up in the form of cramps, diarrhea, dilated pupils, insomnia and sometimes fever.

The time when these symptoms start to decline is the 5th-7th day. Many people experience a complete end of withdrawal effects after seven to ten days. The user rarely needs any medicine.

A case report published in European Addiction Research explains a case of Kratom dependence. The patient was a 44-years old person with anxiety disorder.

He was treated with a regime of dihydrocodeine and lofexidine for a shorter withdrawal phase. There are almost no data on Kratom detoxification after Kratom dependence in research.

The observations from this case suggest the fact that Kratom dependence is only due to the short-acting opioid receptor agonist activity. And also that dihydrocodeine and lofexidine are effective in supporting detoxification.

How many days does Kratom take to leave your body?

The alkaloids of Kratom need some time to leave your system. It may take some days. The half-life of Kratom has no study till the date.

The only research on Kratom is about its pharmacokinetics in animal subjects. One latest research published in Drug Design, Development and Therapy suggests that the half-life of primary alkaloids of Kratom “Mitragynine” is 23-24 hours.

It makes one day. But this study had a few research subjects only. There is no assured that it will work the same for every Kratom user.

As per this research, it takes one day to eliminate almost half the Kratom content from your body. The total time required for clearing Kratom may be between 5-6 days.

The time for which Kratom will stay inside the user body is dependent upon factors such as;

Kratom is under extensive research for its beneficial effects and prospective health risks both. There is not sufficient evidence that explains the working of Kratom, but the psychoactive alkaloids of Kratom resemble synthetic opioid drugs.

As Kratom is a natural product, it has least side effects on human usage. In fact, the opioid withdrawal symptoms caused by Kratom are not damaging. There is no chance of these withdrawal effects to be life-threatening.

The health risks, which Kratom withdrawal can cause, are mild and they go away on their own. There are no medicines required to heal it; the user body self-heals it.

Kratom is an herb, so the withdrawal isn’t damaging as compared to drugs. One may start taking Kratom after a couple of weeks after the withdrawal.