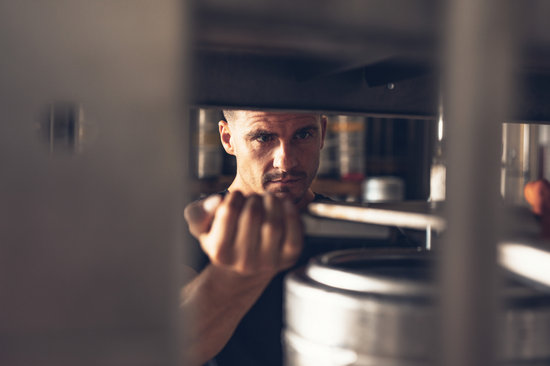 Kratom is well-known for treating diseases and improving the quality of life. However, its effects on improving the overall efficiency and output are also gaining a lot of popularity these days. Many questions are now arising regarding how Kratom maximize productivity and hard work. To know more about how this miraculous plant can work wonders, keep reading.

This native Southeast Asian plant is a life-changer for many people as it is increasing their concentration and proficiency in performing everyday tasks.

The history of Kratom usage and its benefits is far-reaching. It has been used by the native Southeast Asian people for some functions such as to boost the mood and alleviate any mental stress.

According to research published in the Society for the Study of Addiction, people also use Kratom to get rid of opioid withdrawal and to treat chronic pain with high efficacy.

Kratom at varying doses has also been famous for killing anxiety and boosting confidence. It creates a state of euphoria that calms down the nerves and soothes the brain.

It has been suggested to every person who wants to improve his diet, enhance his energy, start working out or cut down the element of stress in life. It is simply the best and all-natural way of starting anything in life.

Does Kratom manipulate the function of the brain?

It is essential to understand the mechanism through which Kratom acts on the brain and maximizes productivity and hard work.

Kratom consists of different types of active compounds known as alkaloids. Some of the most important alkaloids include mitragynine and 7-hydroxy mitragynine.

According to research in PlantaMedica, all of these alkaloids are known to be opioid agonists.

This means that they have an affinity to bind to the opioid receptors present in the brain. These receptors are responsible for improving mood and increasing cognition.

So, Kratom alkaloids work in just the same way as opiates with the only difference that they prefer delta-opioid receptors instead of mu-receptors.

The direct effects on these receptors allow you to experience an increase in the mental energy that helps to increase productivity levels.

In addition to all the benefits mentioned above, Kratom is also famous for its effects on maximizing productivity and hard work.

This effect is beneficial for different people belonging to various professions, be it students, teachers, researchers, or people in the business.

The following are some of how Kratom maximizes productivity and hard work.

Kratom is capable of creating a ‘kick’ that is necessary to get up and do the pending work. It’s aroma what mainly drives the users to feel encouraged and perform better.

Kratom acts on the delta receptors on the brain which are responsible for increasing motivation and improving mood.

Most of the other agents that increase the motivation are so high that their effects surpass the normal tolerability levels.

In contrast, Kratom makes sure to produce the right amount of effect even when as little as 3 grams of it are burned.

In today’s world, there are so many diversions, and this can easily decrease fertility levels. For an average person, it is difficult to concentrate on a task for more than 30 minutes.

In these circumstances, Kratom makes it easier to increase focus and improves productivity and hard work.

The effects of Kratom in this regard are comparable to the most potent nootropics with the only difference that it is all-natural.

The strong aroma of Kratom is capable of creating a strong tunnel-vision effect that allows a user to complete a task with hard work in a lesser amount of time.

One of the reasons how Kratom maximizes productivity and hard work is by increasing creativity levels.

Because of its pro-social enhancing, impacts, it is particularly useful for improving productivity and hard work in people associated with original lines of the profession, such as writing.

Kratom is sometimes considered as an agent that helps the magic to flow out while keeping the intellect intact and avoiding sluggishness.

In this way, it enhances productivity and improves the overall quality of any work under process.

Kratom is stronger than coffee

It is a routine to start every morning with coffee because it is empowering and helps to open the mind.

However, using coffee for energy and increased productivity may cause side effects such as jitteriness and caffeine crash.

In such cases, Kratom is often called as a better replacement of coffee for igniting the brain.

According to research published in the Journal of Ethnopharmacology, Kratom plants have a stimulating effect on the brain which can cause an increase in the overall energy.

Must Read:  10 Best Websites For Kratom Information, And News

In addition to this, the stimulation produced by Kratom wears away naturally as compared to coffee which causes unnecessary yawning.

One of the reasons how Kratom maximizes productivity and hard work is by relaxing you.

Kratom is well-known for its calming and relaxing effects on the mind, and this makes it perfect for handling stress during work.

Using Kratom while working will keep the stress and tension levels low and maximize the productivity and hard work tendency.

This will ultimately cause a decrease in burnout and fatigue, and the work can be accomplished in a better way.

To maximize productivity and hard work, it is important to choose the right kind of strain. The following are the three best kratom strains for productivity and can particularly benefit you in this regard.

Maeng Da is famous because of its extremely potent effects. It is richer in alkaloids and flavonoids as compared to other strains.

Research in Journal of the American Chemical Society says that mitragynine, one of the primary alkaloids of Maeng Da, produces effects similar to those of opioids on the brain.

The research also clarifies how it modulates the same receptors as that of the opioids in brains to enhance the cognitive abilities.

Kratom lovers who have used this in person have mentioned how it aids in developing concentration and focus and makes the mental processing a lot easier.

This particular Kratom maximizes productivity level in brain-draining tasks and is perfect for the preparation of an exam or designing a project.

White Indo Kratom is known as sedative strains and consumed to relieve pain or enhance mood. It is also well-known for boosting energy and making a user capable of working hard.

All white vein products are particularly famous for their stimulating effects, and White Vein Indo Kratom is one of them.

White Indo Kratom consists of a high alkaloid content. The primary alkaloid of this particular strain is 7-hydroxymitragynine.

Postulated as 17 times more potent as compared to morphine, this specific alkaloid is what imparts White Indo Kratom its relaxing properties.

Consuming this strain will relax your mind and allow you to focus better on the tasks. This is how White Indo Kratom maximize productivity and hard work.

Super Green Malay offers you the perfect and the most interesting blend of all the benefits that you normally expect.

These effects are unmatchable by any other Kratom strain that currently exists.

For example, different types of Kratom are famous for producing mental stimulation, mood enhancement, and relaxation. However, none of these strains offers all of these effects together.

Super Green Malay is different from all these strains as it can successfully provide you with all the above-mentioned effects easily.

The secret behind this extensive range of products provided by Super Green Malay is its unique alkaloid blend.

Different types of alkaloids including mitragynine and 7-hydroxymitragynine are present in moderate quantities.

The mental stimulating capacity of this Kratom strain is, however, slightly higher as compared to other species.

This is what makes Super Green Malay a moderately acting but a fast strain to maximize productivity and hard work.

How much Kratom to use?

It is important to keep in mind certain tips while using Kratom to maximize productivity and hard work.

In general, the start will need smaller doses and work towards the higher ones slowly. 2 grams or one teaspoon of Kratom is sufficient for producing effects in an average person.

One of the Kratom users suggests dosage tips for maximizing productivity saying,

“White or green vein, fewer doses, every 3-4 hours should be enough. Just make sure you’re having healthy small meals throughout the day and are well-rested. Kratom can’t replace essentials like diet and rest”.

It is also essential to keep cycling the Kratom strains if you require its use for more than three times a week. This is important as it will prevent the development of tolerance and related side effects.

To conclude, Kratom is an effective agent in order to maximize productivity and hard work. Choosing the right strain of this plant can help to perform everyday task with ease and can increase the success rate.

Previous article
Kratom In Michigan – Legal Case & Where To Buy
Next article
10 Best Websites For Kratom Information, And News