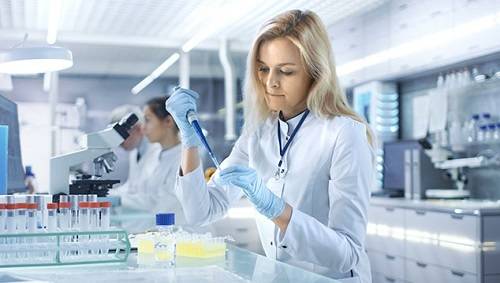 Kratom or Mitragyna Speciosa is a tree/plant that is grown in the humid regions of Southeast Asia. The alluvial soil, tropical climate, moist environment promotes the growth of this plant. The trees are centuries old, and thus these regions of Asia from bulk exporters of Kratom.

Used as a medicine by many as a recreational substance, Kratom has become the new famous entity of this millennium. From curing chronic pain to helping in opiate withdrawal, Kratom has found its place on the prescriptions of many physicians.

At the same time, it is the substance of abuse at parties, clubs, and social events. A huge list of benefits and a small list of adverse effects make it one of the most sought out substances in today’s world.

Taken as a stimulant by athletes, and by many others as a cognitive enhancer, the material is coming in the notice of drug testing companies and the DEA. That brings us to the crucial topic of Kratom testing, Kratom appearance on drug tests, and false-positive drug testing.

What are the active components of Kratom?

A stimulant, euphoria causing substance with analgesic effect, Kratom; has more than 25 active alkaloids, of which the most important ones are Mitragynine and 7-hydroxy mitragynine. These alkaloids are an agonist at the mu and kappa opioid receptors.

The action of these alkaloids on opioid receptors results in effects like a boost in energy levels, stimulation, enhancement of cognitive thinking, confidence levels, optimism and induction of euphoria along with analgesia.

Drug testing is defined as the chemical and technical analysis of a biological specimen. These samples are not necessarily limited to blood and urine but involve breath, hair, sweat, and saliva.

The purpose of drug testing is to determine the presence of a particular drug or metabolite. It is also done to identify the type of drug that is in the specimen.

The conventional drugs that are tested include those drugs that are used to enhance performance like steroids, alcohol, and drugs like cocaine, heroin, and cannabis that are prohibited by the DEA.

Kratom’s appearance on drug tests is a controversial topic. Same is the case with its legality. It has questioned legality in many countries bring it into the list of abused substances, and thus it is ensured that Kratom is also tested in biological specimens.

Those countries that have an accurate test for Kratom can detect it, but it has been a controversy so far as Kratom has given false positives too.

What is false positive drug testing?

When a drug test does not pick up on all drugs especially opiates, it gives false positive. That occurs when the test results are positive for a drug or a medicine that you have not taken. To verify the results, further tests are performed.

Usually, the most common drug test that is performed is Urine drug test (UDS) as it is quick and accurate. If it gives false positive, then you go for Gas chromatography/mass spectrometry (GC/MS).

What is a false negative?

It is the negative result of a drug test even though when that particular drug has been consumed.

What are users’ reviews about drug testing of Kratom?

According to users on Reddit and drug forums, Kratom does not give positive results on drug tests. The reason being that Kratom is not opium and it does not have metabolites similar to the ones of opiates, therefore, it does not show up on drug tests.

The communing drug screening tests are used for a limited number of medicines and substances that the DEA has explicitly mentioned. Kratom is not amongst them, so usually, even if you go for a drug test while you are taking Kratom you will not be screened for it.

Must Read:  Green Vein Sumatra Kratom Review: How Is That Different From Other Strains?

However, in some countries Kratom is illegal to use, and therefore in those countries, you can get tested for Kratom.

Some users on Reddit told their accounts when Kratom gave them a false positive test result. A user’s narrative states that he went for as an applicant for a post in some office. He was tested for drugs after the interview, and the test result was false positive for Methadone.

A similar narrative of another user stated that he got a false positive result for marijuana and thus he was not given the job. In such cases, it is recommended that you go for GC/MS because Kratom or its metabolites will not appear on this method of screening.

Unfortunately, many companies and institutes use UDS when appointing newbies, and if it comes false positive, then you lose the opportunity.

Many users reported that if Kratom is taken with certain other drugs that potentiate the action of Kratom, then it shows up on the screening test, giving a false positive. These potentiators include DXM, Prozac, and Benadryl to extend the duration of the action of Kratom.

Their test result was both false positive for benzodiazepines or opiates. Thus they suggested not taking any Kratom enhancing drugs, in case one is going for a screening test.

Some users also claimed that if you take these Kratom potentiating drugs in doses greater than the standard dose, only then would it give false positives. Even some over the counter medications give false positives that include using a nose spray and showing a positive result for marijuana.

Using Ibuprofen in high doses and indicating a positive result for Methadone. Probably this is a pointer that UDS is not a sensitive drug testing method.

Has there been the development of a drug testing method that is specific to Kratom?

Fortunately, at the moment, we do not have any particular drug test for screening Kratom. The DEA is still relying on UDS and other standard tests to check for substances of abuse.

Kratom is considered a medicinal herb in many parts of the world, so the need for an accurate test has not arisen so far. It is legal in many countries, so the screening tests are not oriented towards its detection.

The US has banned the drug, and due to legality controversies in individual countries, companies are in the process of developing an accurate Kratom screening test that could cause problems for those who are taking Kratom for medicinal purposes.

If I use Kratom before a drug test, will it be safe?

The best idea is to avoid using Kratom at least a week before drug testing. The elimination half-life is six days, which means that it takes six days for the body to get rid of Kratom via urine and sweat completely. If you take a drug test within six days of consumption of Kratom, it is likely that you will get false positives. Therefore, do not take Kratom before drug testing.

How to enhance removal of Kratom from the body?