HomeDrug DetoxHow To Treat Marijuana Addiction: Everything You Need To...

How To Treat Marijuana Addiction: Everything You Need To Know 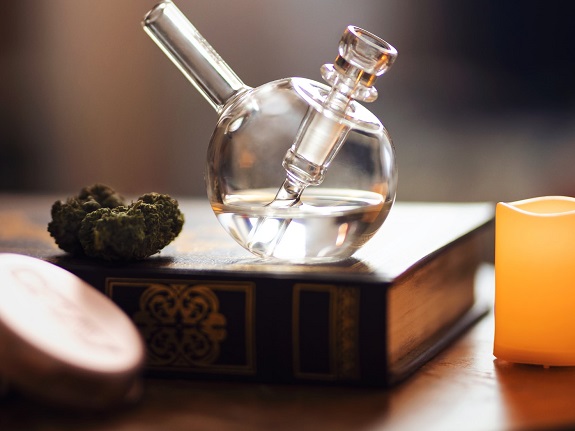 While it is typically smoked by being rolled in a joint, blunt and bong, it is also injected in food, such as mixing its leaves or brewing it in tea. While casual marijuana smokers don’t necessarily worry about addiction, they are prone to dependence, which leads to addiction.

If left untreated, marijuana addiction and abuse can lead to severe consequences. Due to the laws regarding its recreational and medicinal use, it is readily available to more people. But whether or not used legally, it’s very possible to get addicted to it, and it is known as marijuana use disorder.

Quitting can be difficult, and you need all the information that will assist you in stopping its abuse. So, in this article, we discuss the effects marijuana addiction has on health, and how to navigate your way into treating said addiction.

How Does Marijuana Affect The Body

The two compounds found in marijuana or the Cannabis sativa plant are Cannabidiol and tetrahydrocannabinol (THC), where THC is the one that provides the psychoactive effects that make you high and leaves you in a state of euphoria. The pleasurable high or the euphoric state is due to large amounts of dopamine getting released by the stimulative properties of THC.

THC is a cannabinoid, and like other naturally present cannabinoids in the human body, it has a similar chemical structure, such as anandamide. When THC interacts with the brain’s cannabinoid receptors, it can disrupt the endocannabinoid system’s normal functioning and build a tolerance, which can lead one to consume a more significant amount of marijuana content since their ideal dose no longer gives them the “high”.

In short, the effects of marijuana’s impact on the brain include:

Effects of Marijuana on Health

Marijuana consumption is associated with a range of health-related issues and other long term health effects. For example, regularly smoking marijuana can lead to several health issues such as:

Moreover, your daily life can be affected by your marijuana dependence as it can open you up to some issues that can interrupt your routine. These can be regarded as mental health issues as well, and marijuana can contribute to either creating them or increasing them:

Can Marijuana Be Addictive

In short, yes. As mentioned above, marijuana consumption can build a tolerance that can cause dependence on the substance. While the addiction depends on how frequently marijuana is smoked or consumed, there is a higher chance of addiction in people of young age.

Must Read:  Do Detox Drinks Work For Opiates Drug Test?

Usually, someone who’s addicted may not be able to tell that they’re addicted or could be in denial. Therefore, it’s important to know what factors contribute to addiction, as well as the behavioural change caused by symptoms of marijuana addiction; they include:

Along with the withdrawal symptoms as above-mentioned, some physical symptoms can also occur, such as sweating, shakiness, abdominal pain, fever or even a headache.

How To Treat Marijuana Addiction

Quitting marijuana is a complicated process to do all alone, and you may want to seek professional help to cease marijuana consumption. Marijuana addiction rehab centers offer various forms of treatment to support those addicted to marijuana and help them cope with cravings, and avoid their triggers.

Like other mind-altering substances such as alcohol, marijuana addiction is also treated via various forms of therapy. There are treatment programs specifically structured for marijuana abuse or dependence that help you navigate your withdrawal symptoms, such as Cognitive-behavioral therapy, Contingency management, and motivational enhancement therapy.

Cognitive-behavioral therapy, otherwise known as CBT, is a form of psychotherapy that teaches people (or addicts) strategies to navigate and improve their problematic or self-destructive behaviors. This helps them enhance self-control by identifying their negative thought patterns, limiting or stopping drug use, and addressing a range of other problems by learning to cope with their emotions.

Contingency management is another therapeutic management approach based on consistent monitoring of the target behavior and utilizing incentives and rewards to enforce health coping mechanisms and changes. This form of therapy provides tangible rewards that strengthen their health and positive behaviors, which in turn help them stay sober.

Motivational enhancement therapy is a systematic intervention that produces quick, internally motivated change. This form of therapy does not attempt to treat the person but instead motivate them in mobilizing their internal resources for betterment and engagement in treatment in sobriety.

Marijuana addiction is not easy to get over and has serious steps in getting to stop abusing the substance and getting better by quitting and getting help from rehabilitation. Unfortunately, in the case of marijuana abuse, it can be even harder to navigate your way into getting treated by therapy programs.

The only solution is to undergo the treatment process with the proper supervision and support of an all-inclusive rehabilitation program. These professional programs offer the necessary support and care alongside the rehabilitation process and help people better manage the otherwise difficult withdrawal period of recovery.