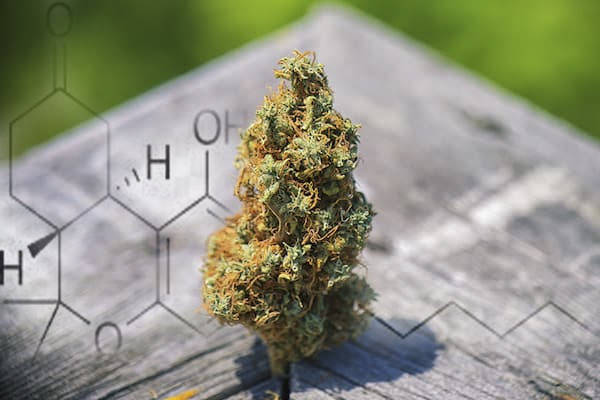 Medically, Herb and Al have a far better reputation than roach and pot. Certainly, the secret lies in their different chemical compositions. Or are they even different? Well, let not these slang terms and street names fool you because they are all synonyms for tetrahydrocannabinol!

Perhaps, it seems a little unreal that a single substance could have a hundred different names. Each name alluring and different yet referring to the same thing. But, do not forget that every single name possesses a different origin, a different background story.

Well, let’s not drive your curiosity further and explore the world of THC mystical names!

Tetrahydrocannabinol (THC) – One of the 113 naturally occurring cannabinoids in the Cannabis plant, which is chiefly responsible for the mind-altering effects experienced after the Marijuana intake(1). It was the second phytocannabinoid to be isolated in 1964 by Raphael Mechoulam and shares a similar structure with the other popular Cannabis compound named Cannabidiol (CBD).

Although they have differing psychoactive properties, both the molecules consist of twenty-one atoms of Carbon, thirty atoms of Hydrogen, and two atoms of Oxygen. Thus, CBD and THC have identical molecular masses.[314.5 g/mol.

However, unlike CBD, the mind-altering cannabinoid does not possess a hydroxyl group. Instead, it has a cyclic ring that forms the basis of its pharmacological distinction.

Chemically, THC exhibits good solubility in alcohols, lipids, and other organic solvents. Existing in an acidic form in Cannabis, the THC is most commonly consumed through smoking as the compound undergoes chemical alterations under consistent or rising hot temperatures.

As a person gets ‘high’ while smoking, the delta-9-tetrahydrocannabinol diffuses through the thin alveolar walls into the bloodstream. THC then reacts with two types of receptors, namely, CB1 and CB2.

The CB1 receptor is present in nerve cells in the brain, spinal cord, as well as some peripheral organs. Hence, marijuana intoxication affects movement, coordination, and control of a healthy individual.

According to an article published by the US Drug Enforcement Administration (DEA), smoking deposits higher amount of THC in the body as compared to eating or drinking. However, the effect of the drug consumed in a meal or drink lasts longer than that consumed through smoking.

The marijuana gets consumed in several different ways, and with each use, the invention of a new name takes place. The most common method of marijuana consumption is rolling it into a cigarette, which is sometimes called joint, nail, and bone.

Must Read:  A Guide For Choosing The Best Delta 8 Brands

At times, when the marijuana cigarette gets smoked to the end, then it becomes a roach Some people prefer to replace the tobacco inside a cigar with marijuana and call it Blunt.

When these Blunts get dipped into PCP, their names change to dust or happy sticks. Occasionally, the pot combined with cocaine becomes primos, and with opium, it turns into Thai sticks. Referred to a Bong, some people take in marijuana by using glass or water pipes.

Based on the Amount

The name Matchbox also indicates the packaging of marijuana, which resembles a cardboard matchbox.

A customer willing to purchase a small amount of marijuana for $5 will call it Nickel bag and for $10 will call it a Dime bag.

A quarter ounce of it gets referred to as Quarter only. Whereas, more significant amounts of 2.2 pounds compact marijuana gets called Brick.

Tetrahydrocannabinol has adopted several street names that vary with cultures and places. For example, people in India and Jamaica refer to THC as Ganja, which is a Sanskrit word. On the other hand, marijuana becomes Mota in Spanish and Dagga in South African.

Hence, one may find a lot of names for THC that vary from region to region. However, the street names of marijuana largely depend on its combination with other drugs.

Concerning the slang of THC, people use a pool of terms including dope, weed, grass, pot, Mary Jane, Hash, Blanket, Herb, and much more. These terms refer to THC and sometimes to other drugs as well.

Whether you call it Ganja or tetrahydrocannabinol, the structural and chemical properties of the THC remains mostly unchanged. Thus, our core focus should reside on the substance and its effect on man’s health. Will you experience a mind-altering illusion if you consume an overdose of THC or you will suffer through withdrawal symptoms in case of addiction?

One thing is sure that the substance possesses strong empowering capabilities despite the name given!

Why You Should Try Cannabis and Ways to Consume It?

How To Choose LED Grow Lights To Grow Cannabis?

Why Are Your Weed Plants Growing Slow?

A Guide For Choosing The Best Delta 8 Brands

How To Choose Between Feminized & Regular Cannabis Seeds (Pros & Cons)?