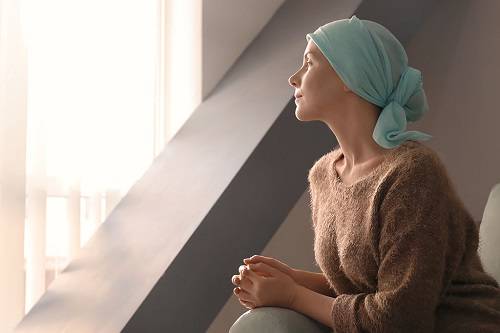 Since 1999, the United States has seen over 200,000 prescription opioid-related deaths, reports the Centers for Disease Control and Prevention (CDC). Even with the opioid epidemic being seemingly endless, pharmaceutical manufacturers continue to produce these deadly painkillers, leaving patients caught in the crossfire, and dependent on these highly-addictive forms of relief.

Patients are becoming increasingly more mindful about the dangers associated with painkillers, especially if they are prescribed for prolonged pain management following major surgery or intensive treatment such as chemotherapy.

Post-surgery, a patient’s only concern should be nurturing, and in turn, healing their body to return to life as normal. Unfortunately, the opioid epidemic places an ominous shadow over the recovery process.

However, non-addictive and even sometimes controversial alternatives are on the rise. Pain relievers such as Cannabidiol (CBD) are proving to be an effective way to rid the body of pain without creating dependencies.

CBD comes in forms to fit the varying needs of patients, including CBD oils, capsules, and edibles. This naturally occurring cannabinoid is working miracles for those who are hesitant to fill their painkiller prescription at a pharmacy.

What is an Opioid?

An opioid is a form of a drug that suppresses feelings of pain. The body contains opioid receptors, and when an opioid is introduced, it binds to these receptors blocking pain signals from the brain to the rest of the body.

Opioids also reward the brain’s pleasure system, which is what influences people’s addictions and recreational use, following the initial and intended use of managing chronic pain.

There are both prescriptive and non-prescriptive opioids. An example of a prescribed opioid would be oxycodone, one of the most notorious prescriptions that are abused.

As far as non-prescriptive opioids, these would be substances such as fentanyl and heroin, both of which are synthetic forms of pain relief and have opened a gate of the black-market illegal drug trade to take place.

With opioids having such a high street demand and value, people will also sell their prescription opioids to make large profits.

Cannabidiol otherwise referred to as CBD, is one of the many extractable compounds found in the Cannabis sativa plant. CBD is most commonly associated with the likes of its euphoria-inducing counterpart tetrahydrocannabinol (THC), both of which are found in the common medicinal and recreational drug, marijuana.

However, CBD is a non-psychoactive compound, allowing the user to receive the same benefits of marijuana without the mind-altering effects of THC.

This has led to a rise in the usage of CBD, showing its healing properties and effectiveness in treating those who suffer from disorders. Such as Lennox-Gastaut Syndrome, a type of epilepsy that results in seizures.

How Does CBD Interact With the Body?

The human body contains an endocannabinoid system that contributes to regulating certain bodily functions such as sleep, endocrine system responses, and pain.

Unlike prescription opioids, cannabidiol does not create an excess of dopamine, the neurotransmitter that plays a huge role in someone becoming opioid-dependent.

Dopamine is involved in risk, reward, and motivation behaviors. Too much of the neurotransmitter can not only lead to risk-taking and personality changes but flooding the brain with a pleasure molecule too frequently creates a feedback loop that leaves the user addicted to the rush.

Instead, CBD promotes other compounds in the body such as anandamide from being absorbed, which allows for natural pain relief.

A benefit of CBD usage is that building up a tolerance for it is very unlikely. This means that a patient can take a consistent dosage. The average is 25 milligrams a day, without having to increase the amount in order to feel its effects constantly. This is one of the major upsides of CBD.

Opioids make the user want more as they build up a tolerance, forcing them to over-medicate, leading to a potential overdose or dangerous addiction.

How is CBD Taken?

There are many ways for CBD to be taken. While CBD is something that can be smoked through a vaporizer, many people prefer to take it orally as to not risk harming their internal organs.

Here are some common ways in which patients receive their daily dosage of CBD:

For patients who experience pain in their joints, or suffer from diseases such as Carpal Tunnel Syndrome, CBD oil can also be applied topically to the skin to alleviate pain.

Must Read:  Does CBD Oil Expire? Can It Go bad?

How is CBD Helping Cancer Patients?

One of the biggest conversations revolving around CBD and Cannabis in general right now is its effectiveness in treating patients with diseases such as Cancer. With strict regulations slowly being lifted around marijuana, more research has started to be conducted, leading to some promising findings.

The immense amount of pain experienced by patients undergoing strict chemotherapy and radiation regimens for cancers such as mesothelioma are the ones who need pain relief the most.

However, due to the addictive nature of painkillers such as oxycodone and hydrocodone, patients are more aware and hesitant of having to fight off an addiction while already facing adversity.

It’s important to note that patients with lung cancers as severe as mesothelioma could significantly benefit from edible forms of CBD oil, as smoking is something that is not an option.

Another problem with prescription opioids is how they are prescribed. In some instances, doctors are unfortunately incentivized to provide a patient with certain pain medication. In turn, receive a kickback from the pharmaceutical company that produced the medication.

This vicious cycle has led to an abundance of over-prescribing, resulting in unnecessary prescriptions being filled by patients who may no longer need them. As a result, regulations are beginning to tighten regarding prescription opioids, limiting who is given a prescription, and for what.

This is why natural pain relievers such as CBD are so important in helping patients who are in physical discomfort.

According to a study conducted by the National Center for Biotechnology Information, Nabiximols, a spray form of cannabidiol, was proven to relieve symptoms of pain for those with cancer who responded poorly to pain relief from opioids.

While this study was small, consisting of only 263 participants, it is vital that these smaller studies continue to be done and grown into more widely applicable trials for larger groups of patients.

Some other symptoms that CBD is known to relieve for cancer patients going through chemotherapy are:

The Current Legislation of CBD

Cannabis was, and still is to a degree, stigmatized by the general public. While there is a push to make marijuana legal throughout the United States, state governments are working carefully to understand the pros and cons of recreational use before regulations are lifted.

Fortunately, because Cannabidiol is non-psychoactive, hemp-derived CBD is legal in all 50 states. Of these 50 states, 46 of them allow for CBD prescriptions for medicinal purposes.

This is a huge step forward in the realization of the benefits of CBD usage and a promising hope towards the decline of this opioid epidemic in our country.

Precautions to Take When Using CBD

While using CBD to relieve cancer treatment-related symptoms, it is important to recognize problems you may encounter while using CBD, and how you can tell if the CBD you purchase is of the highest quality.

Although CBD is generally considered safe, consult your doctor before using it, as it has the potential to interact with other medications. Also, CBD reacts differently to everyone, and some users report feeling side effects that include dizziness, dry mouth, nausea, and anxiety.

To ensure your CBD isn’t tainted with toxins, be sure only to purchase products that are made from naturally cultivated hemp. Hemp can absorb substances from the soil with ease. So understanding that the oil you consume is not grown with chemicals and pesticides is of the utmost importance.

Purchase CBD products only from verified retailers to ensure the product is not synthetic or a placebo. If you plan on purchasing CBD in-person, a highly reviewed dispensary or doctor recommendation is also a great option.

The possibility of becoming addicted to prescription opioids is concerning, to say the least, especially as doctors continue to prescribe them even with the knowledge of how addictive they are.

We must continue to spread information about non-addictive forms of pain relief and study CBD further. So knowledge and data can back the claims of its healing properties.

As regulations around cannabis begin to be lifted across the world. The understanding of CBD and its benefits will become more streamlined. Hopefully, more medicinal uses will arise for patients who suffer from chronic pain. 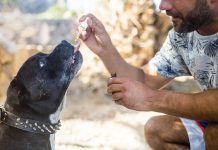 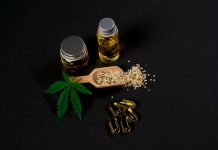 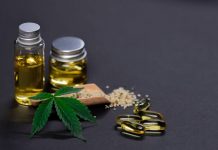