HomeCannabisIs Smoking Medical Marijuana Addictive and What is the...

Is Smoking Medical Marijuana Addictive and What is the Treatment? 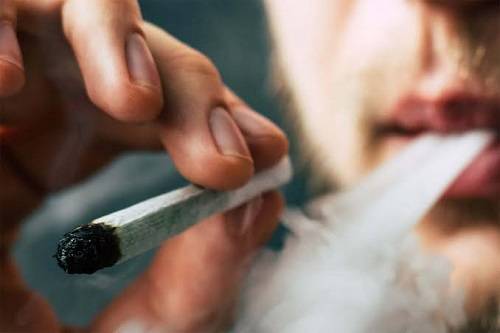 Its less than 10 per cent but still represents a significant portion of the entire population. And the fact that the price is increasing instead of decreasing is alarming.

Truthfully, such statistics are a result of numerous reasons. But the prominent reason is the legalization of medical marijuana.

Medical Cannabis products are getting consumed in more than 30 states of the USA in the form of brownies, beverages, creams, lotions, oils, and vaporizers.

The reason you found an emphasis on the last word is that it’s a point of concern for many. Smoking medical marijuana has become a topic of debate.

Some tend to compare the practice with tobacco smoking and demand ban. They claim it may result in the loss of lungs and brains of an entire generation if the authorities refuse to take timely action.

While some counter with research that claims smoking marijuana can increase lung capacity instead of damaging it. But that doesn’t address addiction. Does it?

Well, amidst all the chaos and arguments, smoking medical Marijuana, its addiction, and the treatment have become a convoluted topic. Knots need to get untangled, and the truth needs attention before its too late.

We have formulated this article to clear the fog out for you. Continue reading to learn if smoking medical marijuana can ever cause addiction. And if so, how should you treat it?

Medical Marijuana At a Glance

The usage of cannabis for medicinal purposes dates back to as far as human beings can remember. However, with time, the plant has encountered legal limitations, which has sprung up a wave of curiosity in enlightened minds.

In the modern era, cannabis has grasped the attention of almost every other scientific organization.

Each entity is researching and testing the short-term as well as long-term effects of cannabis. The linkage between cannabis and medicine is the most popular one these days. But why? Let’s inspect how marijuana improves one’s health.

Cannabis has different chemical compounds called cannabinoids. However, the most beneficial is cannabidiol (CBD) and tetrahydrocannabinol (THC).

These chemical compounds are similar to the ones produced by our ECS system. The Endocannabinoid System of our body comprises of endocannabinoids, enzymes, and receptors. Together the three components work to keep our body healthy in terms of emotions, appetite, temperature, etc.

With the similarity, the cannabinoids enter our body and collaborate with the ECS system to boost the overall health.

The CBD interacts with both the mind and body receptors to bring benefit, whereas THC combines with only mind receptors. Hence, explaining the high effect associated with the THC.

According to several types of research, medical marijuana is capable of treating the following diseases:

However, medical marijuana use may result in some side effects, too, like dizziness, dry mouth, and bloodshot eyes.

The legality of Cannabis Medication

Despite the presence of a few side effects, people have preferred to value the positive side of the plant and demanded ever since.

Well, with such expansive legalization, you might not be surprised to find numerous dispensaries in the country. And, in the dispensary, you will find a hundred different medical-marijuana based products.

Indeed, different people like to consume cannabis differently. Some prefer eating cannabis-infused edibles, while others like smoking or inhaling through vaporizers. There are also cannabis creams and lotions available.

Who Smokes Medical Cannabis, and Why?

A majority of medical marijuana consumers prefer smoking to edibles and topicals. But why? Well, there are a couple of good reasons for the preference.

When a person inhales the medical marijuana, the cannabinoids travel to the lungs that absorb it in seconds. The lungs have small air sacs called alveoli. Alveoli access to millions of blood vessels as the gaseous exchange is taking place over there. Thus, when cannabis compounds reach the lungs, they get readily absorbed into the bloodstream through alveoli.

Smoking helps people who aren’t sure about cannabis dosages. With smaller puffs, they consume marijuana only until it relieves the pain. Hence, one can easily control the cannabis dosage.

There are a lot of different styles of smoking cannabis that people prefer. Some of the standard methods include:

The rolling papers refer to the practice of rolling marijuana into a paper so that it looks like small cigarettes. It is a convenient method, though the cannabis odour is powerful, and some of the smoke gets lost to the air. Also, be careful of the amount you pack in one roll.

Usage of pipes to smoke medical marijuana has become quite popular these days. People use two types of pipes, namely; Hand pipes and Water pipes.

Water pipes are a unique way of smoking. But, one has to replace the water after use and clean the pipe properly. Upon inhaling, patients get a cooling effect as the smoke passes the water first. Also, water pipes produce a lot of smoke.

Both types of pipes are available in a variety of styles and designs.

The following are the effects of intensive pot smoking:

Almost every other day, numerous individuals get themselves enrolled in 12-step groups to treat their marijuana addiction. In a 4-year-long study, 2446 individuals (aged 14-24) using marijuana were observed. The results were as follows:

Such is the dangerous results of cannabis addiction. But does the same imply to medical cannabis? Well, not exactly.

According to several types of research, medical marijuana has quite a low risk of addiction. That’s because, for medicinal purposes, it gets consumed in minimal amounts. Thus, small quantities of intoxicating compounds enter the body.

Hence, it does not cause much toxicity, as well. However, there is a growing concern about the psychological dependency on heavy users.

A majority of medical marijuana users consume only the amount that is necessary to relieve them from pain. But, at times, one may get dependent on the drug.

This particular condition where one feels adverse effects after cutting down the drug supply gets referred to as withdrawal.

Although medical marijuana addiction exists, very few people experience it. The reason behind it is simple; people consume medical marijuana for a prescribed period. Thus, it cures the pain without causing the brain to get dependent.

Quite surprisingly, it is none other than the Cannabis plant itself that beholds the treatment of recreational or medical cannabis addiction. It holds the solution in the form of CBD.

CBD or cannabidiol is the second active compound of Cannabis Sativa. In recent years, lots of new CBD-based products got introduced that treat several ailments.

However, its the CBD Oil that gained the most considerable popularity of all. Not only because it provided a potential treatment for conditions like:

But also because it provided a possible cure for Cannabis addiction. Be it, curing of medical marijuana case gone wrong or a patient willing to get rid of recreational addiction.

As per an authentic source, claims that people who took CBD capsules were able to half the amount of cannabis they previously smoked. In another test, 82 severely addicted people received three varying doses of CBD Oil. These include:

Results confirmed that the moderate dose worked best. After six months of use, Cannabis smokers were able to half the amount of their Cannabis intake.

Another possible solution to the problem is a drug called Sativex. It contains the same ratio of THC (Tetrahydrocannabinol) and CBD. It cancels out the addictive effects and helps patients recover.

However, experts still prefer CBD over Sativex. That’s because CBD possesses a bunch of anti-addictive and anxiety-reducing properties.

Apart from the Medication-Assisted Treatment (MAT) for addiction, there are rehabilitation programs as well. They help to minimize marijuana dependence until it almost becomes non-existent.

Some of the practical and customarily used techniques include:

Another approach to treating this addiction is to address mental health issues. Around the world, mental health professionals use individual, group, or family therapy to cure the condition. At times, they even take the help of medical management and diagnostic assessments to address the issue.

The following are some conventional techniques used by professionals:

Marijuana addiction can bring long spells of depression, which seems to reinforce and fuel it. To treat this, some mental health professionals use IPT. The treatment uses a variety of methods to increase awareness in the patient about his or her ongoing social relations.

After the therapy, the patient realizes the toxic relations or pattern in relations that keep driving him or her to addiction. And to treat addiction, the person should first set that pattern right.

By using practices like gentle stretches in yoga, mindful meditation, SOBER technique, and Body scan, this therapy aims to increase present-moment awareness. At times, addiction numbs our mind to the extent that we keep falling into the same destructive cycle over and over again. This helpful therapy aims to break the cycle by making patients more aware of their thoughts and actions.

Unlike other therapies, the Solution Focused Therapy aims to liberate the patient of his current worries and seek a positive future. Based on the fact that life is ever-changing, the therapy eventually motivates the patient to acquire that positive change. The mental health professional begins sessions with minute things like what does the addicted patient expect of today’s sessions. Gradually, the conversations shift to a broader canvas, helping him let go off the excessive marijuana for the better.