HomeDrug DetoxWhat Can I Take To Help With Suboxone Withdrawal?

What Can I Take To Help With Suboxone Withdrawal? 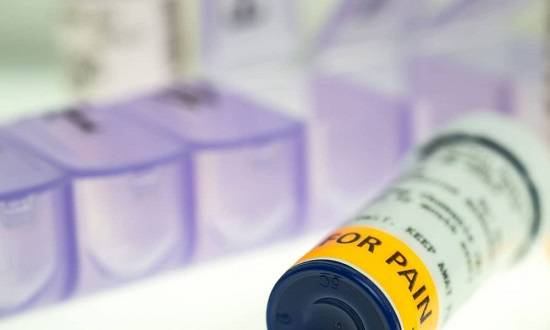 Suboxone is the miracle drug for people battling with the opiates addiction. It is an excellent alternative to methadone for treatment of addiction and dependence, but the darker side of this magical drug is that it tends to cause dependence and ultimately, withdrawal symptoms when you stop using it No worries!

We will teach you how to combat the Suboxone dependence and how to counteract the Suboxone Withdrawal symptoms. Be prepared and read below article with concentration.

Suboxone is a prescription medicine approved in 2002 by FDA for therapeutic use. It is a combination of Buprenorphine and Naloxone in a ratio of 1:4.

It is prescribed in the treatment plan of the opioids dependence along with physiological counseling and support.

Buprenorphine being a partial opioid agonist reduces the cravings and withdrawal symptoms by attaching to the opioids receptors while Naloxone an opioid antagonist prevents abuse of Suboxone. It is available in several dosage forms and strengths.

Can you become addicted to Suboxone?

The misuse of Suboxone can cause addiction and physical dependence. Buprenorphine acts as a partial opioids agonist, and its addictive properties are lesser than heroin and other traditional opiates.

Buprenorphine has the slow onset of action and mild effects, but its duration of action is long that’s why its addictive properties are far lower than other pure opioid agonists.

While Naloxone counteracts the effects of Opiates and is used in the treatment of opiates overdose.

Why Suboxone cause addiction?

Buprenorphine content of the Suboxone has the similar mode of action as that of opioids, but risks of addiction are far lower because of its low intrinsic activity.

After binding of buprenorphine to opioids receptors, dopamine is released which produces pleasant feelings. The body becomes dependent on the drug to function normally.

People feel carvings for this natural reward system and tend to take the substance repetitively. That’s how the physical dependence and addiction to a substance is developed.

Buprenorphine has a safer profile as compared to other potent opiates. People who are addicted to heroin, methadone, and cocaine, etc. tend to misuse Suboxone because of its less severe withdrawal symptoms.

Its physical dependency can be prevented by tapering the dose correctly and by using as prescribed by the physician.

Naloxone part of the suboxone will have effects only if the body has opiates. It will block the effects of opiates in the brain and reduces the risk of misuse.

The Naloxone and person counteract the depressing effects of opiates on central nervous system and lungs can breathe normally. Naloxone doesn’t have addictive potential.

What are the symptoms of Suboxone addiction?

The misuse of Suboxone can lead to addiction. Suboxone used therapeutically for the treatment of opiates addiction is available in sublingual film and oral tablets.

The people who tend to abuse Suboxone often take it by smoking or snorting the Suboxone crushed powder. The crushed drug may be injected with addictive.

But this method of Suboxone misuse doesn’t produce the desired recreational effects instead it causes withdrawal symptoms because Naloxone counteracts the effects of Buprenorphine.

Naloxone is a robust opioid antagonist and prevents the buprenorphine from reaching the opioids receptors in the brain.

Despite the safest alternative, many cases of abuse and addiction of Suboxone is reported.

Following are the major signs and symptoms of Suboxone addiction.

The intensity of symptoms is lesser than the pure opioid agonists rather its addiction cause withdrawal symptoms due to Naloxone.

What are the long-term effects of taking Suboxone?

Suboxone is a blockbuster and a miracle drug to treat opiates addiction. Its long-term use has many physical and physiological effects.

It is an excellent detox for opiates which make opiates withdrawal quite comfortable, but long-term use leads to many issues.

As we discussed earlier that Suboxone has the long duration of action, therefore the period of withdrawal symptoms is quite prolonged. It remains in the body for weeks and even months.

Following are the long-term effects of taking suboxone.

Can Suboxone get you high?

Yes, as Euphoria is the dominant effect of Suboxone like all opiates. Dopamine release is triggered by the brain as soon as Suboxone binds to the opioids receptors.

Dopamine leads to pleasant feelings and forgetfulness. The person feels high and is used for the recreational purpose by many addictive.

People tend to take the dose again and again to repeat the euphoric feelings, and in this repetitive cycle, they develop physical dependence and addiction.

But the combination of Naloxone with Buprenorphine is a schedule III drug because it has the low potential of drug abuse and addiction.

Must Read:  Best Weed Games To Play With Your Buddies

It has a ceiling effect. It means that the intensity of Euphoria level off at a specific dose and doesn’t increase with the dose.

But people have learned to get high and euphoric feelings of the same intensity as that of morphine and heroin. Seem strange?

Opiates addictive crush the drug and snort or smoke them or inject the extract. In this way, gastric effects are bypassed, and Suboxone leads to increased Euphoria.

What can you do for Suboxone withdrawal?

Withdrawal symptoms occur even at the therapeutic dose and if anyone stops taking Suboxone suddenly because the body has become dependent on the drug to maintain normal function.

A safer and successful withdrawal can be achieved in a detox center under the supervision of a trained doctor.

When treatment is completed, the physician tapers off the dose of Suboxone to minimize the risk of withdrawal symptoms.

Here are a few symptoms of Suboxone withdrawal.

In the first 12hours of withdrawal addict experience:

After a week, the severity of symptoms is lessened, but psychological effects remain. These symptoms are rarely life-threatening; the only relapse can cause death due to overdose.

Tapering off the dose as prescribed by the medical professional is the best option to minimize the uncomfortable withdrawal. Many medications are also used for the treatment of withdrawal symptoms.

What are the Suboxone withdrawal remedies?

The fundamental reasons for withdrawal symptoms of Suboxone are drug dependence caused by Buprenorphine and the antidote effects of Naloxone.

As the concentration of Suboxone declines in the blood, the brain sends carvings messages until next dose is taken otherwise withdrawal symptoms occur.

Medication used under the supervision of doctor ease withdrawal symptoms. A few commonly used drugs are discussed below.

Clonidine is an antihypertensive drug and is used to treat Suboxone withdrawal for a short period because prolong use of clonidine itself cause dependence. Dry mouth is the significant side effect of Clonidine.

Gabapentin is used to treat neuropathic pain and epilepsy. 1600mg of Gabapentin in a day is used to detoxify the effects of Suboxone.

Benzodiazepines like alprazolam, bromazepam, diazepam are often used in combination with Clonidine to detoxify severe withdrawal symptoms in detox centers.

They improve sleep and relax muscles. Benzodiazepines can cause physical dependence, therefore, should be used as advised.

Over the counter drugs used for Suboxone withdrawal treatment

NSAIDS will just give you relief from severe pain associated with withdrawal. Paracetamol, ibuprofen can be used to reduce aches.

Loperamide acts on the mu-opioid receptor of the stomach and heals severe diarrhea and abdominal cramps. It improves appetite and gives you relief from harsh anorexic conditions.

Restless Leg Syndrome and pain is relieved by rubbing topical analgesic on limbs.

The American Journal of Addictions published a study which found Marijuana an effective treatment to reduce the symptoms of Suboxone withdrawal.

Kratom is a partial opioid agonist and produces the similar effects of opiates. It successfully alleviates the agony of withdrawal naturally and without any side effects.

Ginseng is a powerful remedy which boosts energy level and stabilizes body functions.

L-Tyrosine is an amino acid which acts by triggering the release of endorphins and dopamine.

Symptoms of fatigue, anxiety, and depression are treated well with L-Tyrosine. It elevates moods and makes you feel high.

5-HTP (5-hydroxytryptophan) is a serotonin and melatonin precursor, therefore, it is beneficial for the treatment of Suboxone withdrawal. It improves sleep, elevates mood and relaxes brain and body.

It helps in diarrhea by electrolyte replenishment.

Dark chocolate is having coca up to 80% trigger release of endorphins which makes you feel pleasant.

Epsom salt bath contains a mineral which is the combination of magnesium and sulfate. It detoxifies the toxins and relaxes nerves. Muscular pain and discomfort are also relieved by this magical bath.

A free and powerful remedy for Suboxone withdrawal is the outdoor exercise which may be walking, swimming, jogging, and weightlifting. Both exercise and sunshine elevate mood helping body to release endorphins.

Previous article
Where Can I Buy CBD Oil In The UK?
Next article
CBD Vape Pen Starter Kits Buying Guide