HomeKratomWhat Is The Difference Between Kratom And Kava?

What Is The Difference Between Kratom And Kava? 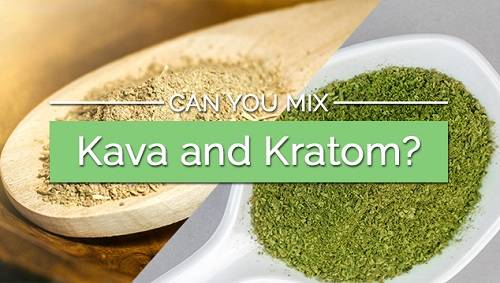 Kava and Kratom both are outstanding herbal products that are all over the online stores. They not only sound same but feel same for many of the people. That is the primary reason of the intermixing these two herbs.

In reality, they are only a little similar. It is only by name and origin that Kratom and Kava appear to be alike. However, they are so much different from each other in many ways. This article has everything which you may like to know about these two.

Kava and Kratom are compared with each other irrespective of their differences. Both of these belong to the fertile lands of Southeast Asia and are famous as a part of traditional medicines.

These days, Kratom is gaining fame for the stimulatory property which is far higher than coffee. Also, it is a suitable agent to suppress pain. Many users have found it helpful for treating opiate withdrawal symptoms.

On the other side, Kava is a typical intoxicating plant which is used for recreational and mood boosting properties. The therapeutic effect of Kava is not as high as that of Kratom. That means that these two are very different plants, despite being of the same origin.

Kratom belongs to the coffee family. It grows in the tropical rain forests of Southeast Asia. It is called Mitragyna speciosa, and its principal areas of growth are Thailand, Malaysia, Indonesia, Borneo, and Brunei. It is a traditional tree which is therapeutic and nootropic at a time.

Kava belongs to pepper family and its scientific name names Piper methysticin. The prime areas of its growth are Vanuatu, Fiji, Papua New Guinea, Micronesia, and Hawaii. More than medicinal, it is a religiously significant plant. It is used to make a holy beverage in all Pacific islands which are used on religious events. In other words, it is an alternative to ceremonial alcohol.

Similarities between Kratom and Kava

Despite the differences, there are some relationships between these two. The leaves of Kratom are potentially high as raw. They are frequently used in fresh leaves form or to make a drink. Dried leaves are easy to transport which is also available in capsular form.

Similarly, Kava is also prepared for a drink by boiling in water. Both Kratom and Kava beverages are similar to herbal teas. Also, Kava is available in capsular form. These similarities may confuse a user that Kratom and Kava both are alternatives to each other.

The effects of Kava have links with stress relief, pain relief, and social confidence boosting. It sometimes helps to soothe the emotional pain and disability to think. Kava is available in three versions, heady, dense and balanced.

Amazingly, Kratom has also multiple effects to show. Although it depends on the dosage, it shows different effects on the different amount of Kratom used. At a small dose, it is energetic and confidence booster. At a higher dose, t is sedative, pain reliever and euphoric substance.

These are the only similarities that Kratom and Kava share. Now, let’s look at the differences between these two which is more than similarities.

Obvious differences between Kratom and Kava

If we talk generally, there are two major types of differences that Kava and Kratom both share. These are as follows.

Kratom: Kratom and Kava both are different by pharmacological means. Kratom has alkaloids as a major part of it. These are the functional units of Kratom which interact with the opioid receptors in the brain and bind to them. It is similar to the way that synthetic opiates like cocaine or morphine bind to these receptors.

Only, Kratom is herbal and comparatively safer to use.

The primary alkaloids of Kratom are mitragynine and 7-hydroxy mitragynine and 40 other composites. Kratom itself is not an opiate, although it works like one. With a very long term use of the last dose, it has a potential of addiction like all synthetic opiates.

Must Read:  A Review on BestKratom.com By RedStorm Scientific

The chemistry and effects of Kratom are safe for use in the routine. The working of Kratom suggests it to be a friend of chemical opiates, but to your surprise, it has no as such damaging effects. It is nature’s gift which needs proper administration for its proper use.

Kava: Kava has different chemicals in it than Kratom. It is mild. The primary ingredients of Kava are called Kavalactones which are not alkaloids. There are six components which make the 90% of the effects of Kava.

These Kavalactones interact with the limbic part of the user brain which is often associated with emotional behaviors and feelings. It explains that why Kava modifies the mood and enhances the social confidence of the user.

Kavalactones of Kava are not at all opiates by any mean. Which means that they have no risk of addiction, like Kratom.

Kratom: Kratom is under a storm on its legal status. It is making its way out as a positive herb and not a harsh, psychoactive substance. Thailand, being the major area of Kratom growth has a ban on its use and trade in the country. The ban started to control the tax revenue from the opium retailers.

The recent years have been developing as for the Kratom business. Also, it suggested removing Kratom from the list of illegal narcotic substances.

Malaysia has a similar type of ban.

Some states of USA also don’t support the Kratom trade. However, it is reasonably available in all other parts of the world.

Kava: On the other side, Kava is a universally accepted herbal product without a legal challenge in front of it. It is available in the USA and all parts of the world even before Kratom.

FDA once issues a warning to take a controlled dose of Kava as it may interact with the liver function of the user. After extensive research, it was suggested that liver damage is only due to contaminated Kava and not the fresh one.

There are still research findings under study which may help to strengthen its benefits more than the risks.

Today, Kava is available in almost all the main regions of the world. It is available under various names and of a variable price.

As compared to Kratom it is easier to find and order Kava. Kava tea is one of the modern day solutions for stress release, feeling better, mood enhancement and everyday boost.

The combination of Kratom with Kava

Keeping all the differences and similarities aside, Kratom and Kava are now under a rumor to be a useful combination for many good reasons.

Due to the same origin and nature of these two, the users decide to combine them and try the mixture. Interestingly, the result is significant in different ways.

The combination initiates a unique experience. It starts with the sedative effects of Kava by binding to the GABA receptors to stimulation and euphoria by binding of Kratom on MU receptors. Overall it improves mood, overcomes severe mood swings, enhances the cognitive function and elevates the confidence of user.

This combination makes sense, and somehow it reduces the risk of addiction. Kratom can be addictive but Kava cannot, so the combination has 50% less chance to cause any addiction and tolerance for future.

The differences and similarities between Kava and Kratom are visible for regular users. Only the user can tell these by the personal experience. For all others, it may not be as easy to determine.

Both Kratom and Kava are under extensive research these days. For future, there may be more information for the users to link these two with each other.

Previous article
Dappe CBD Drops, Vapes, Kits: An Honest Review
Next article
What Are The Different Types Of Opiates From Weakest To Strongest?