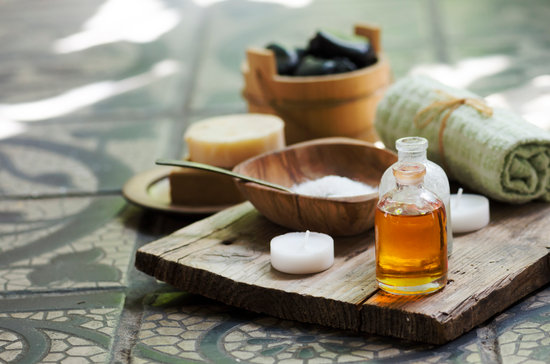 There is no suspicion about the efficacy of CBD oil along with the high concentrations of CBD content which have positive effects on an individual’s health suffering from illnesses. Scientific studies have proven that CBD oil works well for many diseases including epilepsy, depression, anxiety, arthritis, multiple sclerosis along with other conditions.

People have concerns about the usage of this oil regarding the results of drug tests during the random examinations while at work. For how long CBD stays in the system and shows on the drug test is one of the frequently asked questions.

It is because CBD oil is extracted from the marijuana or hemp plant and if derived from marijuana plant it is considered illegal in parts of the world.

It is commonly practiced in the US to assess the employers for psychoactive agents due to the effects on an individual’s behavior, and cognition and THC is considered as one of the psychoactive and active ingredients for making people stoned or high.

Within the past few years, the legalization of Cannabis is supported by the increasing political and public pressure due to the numerous medical benefits.

Cannabidiol is one of the essential non-psychoactive components present in the Cannabis Sativa. Many medical preparations have been derived in the past centuries for curing a variety of disorders, including rheumatism, gout, pain, malaria, and fever.

Urine tests are conducted for identifying the psychoactive agents of the drug. The standard detection levels are around 50ng/ml for a compound. If it is set at 0, the results will be false positive. The detection levels can be changed if asked to the laboratory varying between 20ng/ml to 100ng/ml.

Regarding CBD oil, the THC has a standard level of around 0.3% which is very low to be detected by the drug test, urine or blood test. However, false results might occur due to the medicinal content of cannabinoids other than the THC content.

Stay super cautious while you are scheduled for a checkup and stop consuming the cannabis-based products. Different studies conclude that every individual metabolizes the Cannabinoids at different rates.

Some people have zero traces of THC content within 12 days while the average is around 20-30 days. You can avoid being positive by consuming a low amount of CBD oil. For people with moderate to light doses of CBD oil, the system seems free from CBD content within 3-4 days.

The pharmacological mechanism of Cannabidiol is affected through the G protein receptors which include CB1 and CB2 receptors. These receptors are highly expressed in parts of the brain, especially hippo campus.

When CB1 receptors are activated, they inhibit the synaptic transmission by affecting the potassium channels and voltage-gated calcium channels, known to modulate the seizure activity and epileptiform.

.The CB2 receptors are activated in the immune system and do not control the central nervous system. The effects of both receptors are independent.

Studies show that CBD possesses a low affinity for CB1 receptors and even low at small concentrations, resulting in decreased CBD activity on G-protein.

Other targets of CBD oil include the transient receptor potential channels which are involved in the modulation of intracellular calcium.

The cannabinoids are incredibly lipophilic, allowing the access of CBD to intracellular sites, resulting in increased production of calcium in different cell types which include the hippocampal neurons. The effects of CBD on calcium homeostasis provide the neuroprotective properties of CBD oil.

It is concluded that Cannabidiol acts as indirect antagonists for the CB1 and CB2 receptors leading to an extremely low affinity for these receptors. The Cannabidiol potentiates the effects of THC by increasing the density of CB1 receptors.

The Cannabidiol enhances the duration of THC effects through inhibition of enzymes such as Cytochrome P450, CYP2C, and CYP3A.

The cannabidiol also acts on 5HT1A receptors serving as a partial agonist and acts as an antagonist on GPR55 which is a G-protein coupled receptor.

Must Read:  10 Best CBD Oil For Anxiety And Depression

The effects on these receptors make Cannabidiol and effective anti-depressant, neuroprotective and anxiolytic agents.

The research evidence suggests that CBD exerts pharmacologic action by the inhibition of fatty acid amide hydrolase resulting in an increased amount of endocannabinoids example anandamide.

The cannabis in the CBD oil produces the CBD-carboxylic acid via a similar metabolic pathway as THC till the end step where CBDA synthase results in catalysis rather than the THCA synthase.

Tolerability Along With Drug Interactions Regarding CBD Oil

The CBD oil is well-tolerated in humans with extreme doses of around 600 mg and not resulting in the psychotic symptoms. In a few controlled studies,

CNS effects were not seen with the use of CBD oil. Oral intake of CBD oil undergoes broad and extensive first-pass metabolism because of CYP3A4, resulting in a bioavailability of around 6%.

The single dose of CBD oil in humans results in the half-life of approximately 1-2 days when consumed orally.

In vitro studies have concluded that CBD acts as a potent inhibitor of CYP isozymes which includes CYP 2C and CYP3A.

The in vitro observations are not confirmed to be relevant due to the unclear plasma concentrations of CBD.

It is because of this reason that CBD products are not manufactured under good practices, and no appropriate regulations are subjected to CBD oil regarding purity, labeling, and reliability.

According to the preclinical evidence, the Cannabidiol might reduce the clearance of THC, modestly increasing the plasma concentration of THC leading to the increased availability of THC to receptors, enhancing the THC effects in a dose-dependent manner.

An average half-life of CBD oil is around 24-48 hours, i.e., about 1-2 days. It means that at least five half-lives are required for the drug to eliminate from your body.

The effects of CBD oil remain for 5-10 days. However, the results of most of the drugs stay for around two half-lives after which they eliminate from the body, and if there is a small amount of medication remaining in the system, it will not produce the significant effects.

The similar, condition happens with cannabidiol; you will feel the effects of Cannabidiol completely wearing off after a couple of days. The last dose of cannabidiol is not valid after a few days in many individuals, but results may vary according to personal experiences.

The daily intake of CBD oil gradually builds the CBD levels in the blood, allowing you to lower the daily dose and achieving the same results. Start with a small dose, i.e., around five drops and eventually increase the dose.

What happens to CBD oil in the body?

According to a newspaper published by Hanus and Ujvary, the metabolites of CBD oil such as CBD becomes scarcely available after passing through the liver. The CBD content breaks down into more straightforward derivatives, and little is known about it.

The abundant metabolites of CBD include the hydroxylated 7-COOH derivatives which are excreted either in the intact form or as glucuronide conjugates.

Bear in mind that the route of administration of CBD oil affects pharmacokinetics and there is a high variability noticed in inter and intra subjects especially in humans.

It acts as an: