It is a well known that Kratom gets you high off and this is because it makes you euphoric. Though it is more known for analgesic and sedative effects — recreational users like the effect of euphoria associated with Kratom intake.

However, you need to be careful about your selection of Kratom, because all strains of Kratom won’t give you similar effects. This article is about the discovering the most euphoric feeling Kratom available.

Kratom comes in different varieties and types; some are more frequently in use for pain, others for stimulation or sedation. So how do you decide which Kratom strain is the most euphoric?

Do you just start taking all the strains of Kratom? No!

This article is here to help you narrow down your options in the vast array of Kratom strains.

The top 5 euphoric kratom strains are as below. It’s not necessary that you will only get euphoria from only these strains, but generally, these are the euphoric Kratom strains.

What is euphoria? How does Kratom cause euphoria?

The literal meaning of euphoria is an intense feeling of pleasure which is as ‘high’. Usually, you get into euphoric states by consuming certain drugs, due to yoga, aerobics, and emotionally arousing music.

Kratom causes euphoria by a certain mechanism of action. The major alkaloids of Kratom are called Mitragynine and 7-hydroxy Mitragynine.

These alkaloids have an affinity towards the opioid receptors like mu and kappa. They show agonist activity on these receptors.

Once they bind to the mu or kappa opioid receptors they induce signal transduction at the cellular level and this ultimately results in the release of endorphins.

Endorphins are the chemical substances released by the brain to enhance one’s mood and give him an overall pleasant feeling. The same endorphins are naturally released when one does yoga, aerobics or listens to quality emotional music.

This is how Kratom is responsible for producing euphoria.

However, only low doses of Kratom produce euphoria. Larger doses result in sedation.

What are the top 5 euphoric Kratom strains?

Maeng Da hits first on the list of top 5 euphoric Kratom strains. With the highest quantity of Mitragynine and 7-hydroxy mitragynine, this stimulant strain of Kratom causes intense euphoria.

The onset of action is quick but the duration of action is short so the effects appear only for a short course of time. Maeng Da elevates mood and gives you a pleasant feeling.

Grown in one of the world’s largest island, Borneo, this strain of Kratom is highly unique considering its properties and effects.

This strain produces a high amount of energy and gets you high. The effects last longer as compared to Maeng Da, but it’s necessary that you consume a small dose.

The euphoric sensation one gets after burning Bali Kratom really gets one high. Its mood enhancement effects are loved by recreational users at parties and other social events. It boosts energy and confidence levels making one sociable.

Must Read:  What Conditions Does Kratom Treat?

This highly potent Kratom strain originates from Malaysia and due to its high efficacy, it is quite popular.

The euphoria produced by Green Malay lasts longest as compared to all other strains of Kratom. Being an opioid agonist at mu receptor it induces the release of large amounts of endorphins that give one the feeling of intense happiness.

Within the first few hours it starts acting and is quite stimulating and it gradually settles down.

The effects produced by Indo Kratom are quite variable in nature. This variability can be due to the amount of Indo Kratom consumed but it’s not well known.

According to some users, it produces intense euphoria and that is why it made into our list of top 5 euphoric Kratom strains.

At what dose does Kratom produce euphoria?

As mentioned earlier, Kratom produces euphoria at low doses, because Kratom tends to have a stimulant action at small doses.

At higher doses, Kratom tends to give more soothing and relaxing effects that ultimately result in sedation. Thus if you want to attain euphoria, never take increased doses in greater frequency as this will only lead to sedation.

The general dose regimen is as below:

Note: This is not standard dosage; it has been acquired from various drug forums and is based on user experience only.

Those who are tolerant to the effects of Kratom will need a higher dose of Kratom to produce euphoria.

Who can get help from euphoric strains of Kratom?

Patients who are suffering from anxiety, those who are struggling with depression and daily stress can benefit from the euphoric strains of Kratom.

It is a known fact that when in stress, one tends to socialize less and isn’t able to focus on daily chores.

This is the right time to incorporate the euphoric strains in your life to help you focus on daily tasks and make you jolly.

According to user reports, controlled amounts of daily Kratom use has enabled them to live a normal life and to fight off the gloomy feelings associated with depressive states.

However, to remain on the safe side seek proper help from a professional if you are suffering from the symptoms of depression for a long period of time.

For recreational users, do not consume Kratom regularly as it can build up a tolerance and also result in dependence.

Though Kratom dependence is not similar to that of Opiates, the withdrawal phase can be quite painful. Therefore, use Kratom cautiously and do not abuse it.

Your abuse can deprive thousands of people from a medicine used for chronic pain, depression, anxiety and finally Opiate Withdrawal. 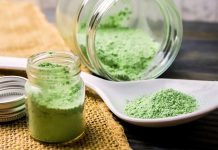