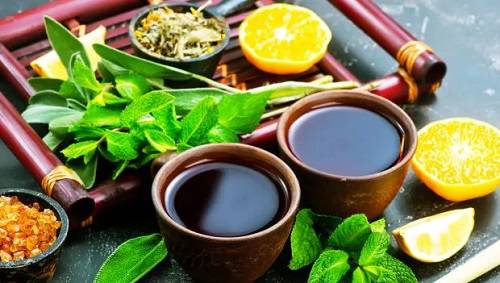 Several factors can contribute to low energy levels. A lot of people experience unnecessary fatigue and sluggishness all the time, which can significantly affect their productivity.

While there are numerous energy-boosting products out there that can help you regain your strength and become energized, it is always wise to consider the natural remedies first.

Therefore, this article discusses various energy-boosting and mood-enhancing plants and herbs that can deliver instant results.

Individuals would no longer require synthetic or chemical-loaded products to stay upbeat and active throughout the day.

Following plants and herbs may prove to be an excellent way to supplement your everyday health and stay vigorous and always on the go:

Kratom can be very helpful if one wants to achieve the same kind of energy levels as that from caffeine. Those who are tired of their everyday ritual of drinking coffee or tea in the morning can include this astounding plant in their daily routine.

Kratom is an herbal tree native to Southeast Asia. The scientific name of Kratom is Mitragyna Speciosa, and it belongs to the same botanical family as a coffee tree, the Rubiaceae.

It contains alkaloids, which give this plant the properties of a stimulant, energy booster and muscle relaxant. Therefore, it helps to invigorate and boost the body’s natural energy levels.

The best thing about Kratom is a non-psychoactive compound and yet it delivers instant results.

It helps individuals overcome fatigue and low energy levels, as well as enhances their moods considerably.

Kratom is available easily on the market, both in the form of raw leaves and tincture and powder.

It is entirely up to the users whether they choose to chew the leaves of this plant or dissolve its powder in their favorite beverages to attain desired results.

Ashwagandha is an amazing and powerful medicinal herb with the properties of an adaptogen. This herb helps the body to manage stress in a better way and enhances one’s mood.

But that is not it! This herb is also hosted for countless other health benefits as well.

For example, Ashwagandha is much credited for its potential to improve blood circulation, burn body fat and boost metabolism.

Many sports and fitness supplements, as well as male enhancement products, feature Ashwagandha. It is an effective and proven energizing and invigorating tonic.

Maca Root is a worldwide famous energizing tonic. This herb has been used for thousands of years to boost energy and treat various other conditions such as infertility, low sperm count, erectile dysfunction, etc.

Maca Root is an aphrodisiac, and it is known for its potential to boost metabolism considerably. With improved metabolism, the body is better able to generate more amounts of useful physical energy.

Because of its countless health benefits, Maca Root is now an important part of many supplements that are available on the market. Especially, in the testosterone boosting, male enhancement and energy-boosting products.

Maca Root is also known as the natural Viagra because of its ability to increase testosterone production considerably.

Another major benefit of Maca Root is that it contributes to relieve the symptoms of depression, anxiety, and stress by decreasing cortisol levels in the body.

Cortisol is a stress hormone that your body releases during unpleasant times.

As a result, one feels stressed and depressed. Because of its ability to control the production of this hormone, many health experts consider this herb an effective natural remedy to enhance mood and behaviors.

All this energy boosting and mood enhancing benefits are achieved due to the vital minerals, nutrients, vitamins and essential acids found in this superfood.

Eleutherococcus senticosus (Eleuthero) is commonly known as the Siberian Ginseng due to its origin. It is widely cultivated in Siberia and Columbia.

Must Read:  Kratom And Other Natural Herbs For Euphoria

This traditional herb has been used medicine system for more than a hundred years to treat various kinds of illnesses and disorders. But most prominently it has been used for dealing with low energy levels and stress.

Eleuthero, just like Ashwagandha, can control the production of cortisol to prevent stress and anxiety.

The nutrients found in this plant significantly boost energy levels and help users stay active and upbeat throughout the day.

As a result, Eleuthero also combats anxiety and depression caused as a result of fatigue and low energy.

Besides that, this medicinal plant has been found very effective in boosting immunity, improving blood circulation and improving sleep.

Suma is another astounding plant that acts as a powerful energizing and invigorating tonic.

It is very famous in the South America for increasing one’s physical endurance and stamina.

Because of its ability to boost testosterone production, Suma helps in expediting metabolism, which ultimately enhances the generation of energy inside the body.

Eventually, one can regain their vigor, virility, and vitality.

Suma contains unique chemical compounds, which when released into the bloodstream terminate the cancerous cells right away and prevent them from spreading to other parts of the body.

Ginseng is considered an overall health tonic all around the world. The use of ginseng in the Chinese and Indian medicine system dates back to thousands of years.

Ginseng is a potent herb which offers remedies to many health-related issues.

Be it physical health, sexual health or mental health ginseng has the cure for almost every problem.

It bolsters the immune system, supports cardiac health, fights obesity and treats infertility in both men and women.

But most importantly it helps users who are suffering from low energy levels and going through mental stress.

Ginseng makes an excellent supplement for those who want to overcome fatigue and sluggishness, and anxiety related to it.

It helps to boost energy levels and supports the body to develop stronger resistance against stress. As a result, your moods are enhanced, and you feel active and vigorous all the time.

Rhodiola Rosea, as also known as the golden root has been long used in the Scandinavian cultures because of its astounding tonic and energizing benefits.

The plant has been majorly used to cleanse and detox liver, kidneys and the blood. But today, it is much credited for its ability to fight fatigue and stress-induced because of fatigue.

The herb is used by the males as a natural male enhancement supplement to gain strength and improve their physical endurance and strength.

Several scientific studies have also reported its effectiveness in improving focus and memory in individuals and elevating one’s mood.

Thus, Rhodiola can be used as a perfect natural supplement to boost energy reserves and enhance mood.

Saw palmetto is a fruit bearing plant which is native to the United States. The plant came into the limelight a decade ago when several studies reported its benefits in improving testosterone levels and boosting energy reserves.

Due to its invigorating properties, Saw Palmetto became one of the most important ingredients in the sports and bodybuilding supplements.

While there is still a lack of clinical trials affirming its claimed properties, this herb is widely used in the traditional and herbal medicine to bolster stamina, physical strength and endurance.

This is another powerful herb with tonic and aphrodisiac qualities. It is famous for its effectiveness in dealing with sexual health-related issues and improving virility and fertility.

Thus, this natural supplement is an excellent way to support your everyday health and maintain your vigor and vitality.

The herb is considered an aphrodisiac and a testosterone booster. It improves metabolism and increases energy levels significantly. Due to which users can overcome fatigue and fatigue-induced anxiety, naturally and instantly.

How Do You Make Oat Straw Tea?

Akuamma And Kratom Together For Pain And Energy