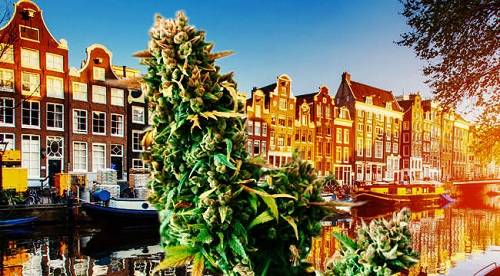 When you hear about Barcelona, you can think of the unfinished Sagrada Familia and other aesthetic architectural buildings, the famous Paella, the breathtaking sceneries, and Marijuana. Barcelona is also popular for its Spanish marijuana. The Spanish Barcelona marijuana is much better compared to those that you can get in California and in Amsterdam. The tourists can enjoy smoking while in a private place, even if you are a regular smoker or an occasional smoker, you will enjoy this stuff when you visit Barcelona. Now, when you heard Barcelona, it is not only the beautiful sceneries, and food that you will remember, but the good strains that you can get when you visit Barcelona because they have these large varieties of good stuff to give to you.

If you want a taste of Spanish Barcelona Cannabis, tourist is free to join clubs as long as they meet the requirements needed. Some Barcelona Cannabis clubs need identifications, and of course, pay for the annual fee. Whether you are staying for a long period or even for a week or less, you have to pay for the whole annual contract. Once you are in you can enjoy smoking freely inside the establishment, and always follow their rules.

Few Barcelona Cannabis clubs require being friends with a member of the club before getting in, and it is more likely to wait much longer compared to the locals. The easy way in getting into the club is if you have a friend, but if you do not have some local friends and you are just a plain tourist, look for the legit runners and they will lead you to the clubs.

You have another option if you want to look for clubs prior to your visit, you can get the list of the top clubs in Barcelona and fill out the contact form on their website, and some of them have Facebook pages. It is now easier for tourists to get information on how to be a member of the club.

Tourists cannot buy cannabis in Spain because the sale of marijuana is illegal, but they can consume it either in the comfort of someone’s home or either in a cannabis club. A native of Spain can use or possess marijuana because the personal possession of cannabis is legal, but a tourist cannot enjoy such luxury.

There is only one way through which tourists can consume weed. They can smoke it by getting a membership in a cannabis club.

Here are 10 key facts to know about the Barcelona Cannabis clubs.

Sale and Distribution of cannabis is illegal in Barcelona

Smoking Cannabis in a public place is not allowed in Barcelona

Barcelona has relatively easy laws for keeping cannabis for personal use, but it is no different from other countries when it comes to the public consumption of Marijuana. It is not considered illegal in Barcelona to cultivate cannabis for personal or private use; you can grow two plants for cultivation. The public consumption and display of Marijuana are illegal in Barcelona. Anyone who is caught smoking marijuana in public is eligible for heavy fines or even jail time. In Barcelona, smoking Cannabis in public is a criminal offense that can lead to severe consequences.

Only 2 ounces of marijuana are allowed for transport in Barcelona, and most of the times even this real option is not open for tourists.

There are nonprofit associations in Spain where it’s legal to smoke marijuana. These associations are called Cannabis Clubs. The first of these clubs started operations in 1991. Barcelona has almost 200 cannabis clubs that operate at different places. Tourists can smoke weed, strains, and Cannabis in this Cannabis club. Smoking pot in these clubs is legal. However, getting a membership in such clubs is a task in itself, and it’s not even an easy task.

There are strict laws for Cannabis Clubs in Barcelona. They cannot advertise publicly.

Barcelona is that place in Spain where cannabis is found in large numbers. There is around 268 Cannabis association which are registered. To see where the cannabis clubs are located can be difficult for tourists. Cannabis clubs do not operate openly; neither can they advertise publicly. A native may have an idea about the location and procedures of a specific cannabis club, but tourists can face problems accessing such a club. Just because it’s legal to smoke marijuana in a club, it doesn’t mean that these clubs can advertise their cannabis publicly.

Tourists can join the cannabis clubs

As smoking weed privately is legal in Barcelona, so there is a chance for tourists to taste Spanish Marijuana by taking membership in a cannabis club. Getting a group in a cannabis club is a big deal. They don’t advertise publicly neither they have social pages. The easiest and possible way to get to a cannabis club is through a local. A native knows all the technicalities of these clubs. The native of Barcelona will get the tourist to these exclusive clubs whereby paying 20£ to 30£ annually, the tourist can enjoy the Spanish weed. To enjoy the Spanish cannabis the membership of such club is a prerequisite condition.

Must Read:  How To Invest In Marijuana Stocks – Tips & Tricks

Quality of Marijuana varies from Club to Club

Barcelona has the best of Marijuana. In its Cannabis Clubs, the best seed of marijuana is served. The most famous Spanish Marijuana strains which are available in Barcelona include.

Membership of cannabis club is not expensive in Barcelona

To get membership in these clubs tourists must have a government-issued ID which can be a passport, driver license or a photo visa. You don’t have to be a native to get admission in the cannabis clubs of Barcelona. A tourist can join such clubs with ease, but he will have to provide his residential address. A tourist up-to the age of 21 can access the cannabis clubs. Cannabis clubs keep the personal information of its members confidential.

Tourists cannot move freely with marijuana in public in Barcelona

Commercial use of pot is considered illegal in Barcelona. Tourists can only buy weed from a cannabis club by having a membership. Buying weed from the cannabis club doesn’t mean that you are eligible to move freely with that weed.

You can only smoke it by sitting in a cannabis club.  Tourists need to remember that the personal use of marijuana is not illegal in Barcelona, but the public display is. If you are caught with the open show of weed, the Barcelona administration can fine you heavily.

Along with fines, the cannabis products will also be confiscated, and you may even have to spend some time in jail.

Cannabis clubs have a bright future in Barcelona

Cannabis clubs in Barcelona are in high demand. They for sure have a bright future.

Spain is the known hub of different weeds. People travel from all over the world to come to Spain to try its cannabis. Since 2015 things went considerably in favor of cannabis clubs.

According to the drug laws of Spain private consumption of marijuana is not considered illegal. This law has paved the way for the emergence of different clubs around Barcelona. While many clubs are already operating,  many others are paving their way.

The Future of Barcelona Cannabis Clubs

The future of Cannabis clubs in Barcelona is bright, and if people all over the world are going to Barcelona to smoke their Spanish weeds, it can be very good for their tourism. Now that they are very open for tourists to join the clubs, soon tourists will attract their fellow tourists, and in many years, the cannabis club in Barcelona will grow and will be known around the world. The freedom of the individual to smoke in private and build a club for people who want to smoke, and you can only do that when you are in Barcelona.

Barcelona is not only a place where you can see beautiful landscapes, but this place is also known for cannabis. People are allowed to smoke in private properties and clubs but are not allowed to buy, sell and carry in public areas. Cannabis in Barcelona is much different compared to what you can get in California and Amsterdam, but still, the membership fee in getting into the club is not that expensive. Barcelona is a good place to visit whether you are a cannabis smoker or not, this place is amazing.