HomeKavaHow To Take Kava For Anxiety

How To Take Kava For Anxiety 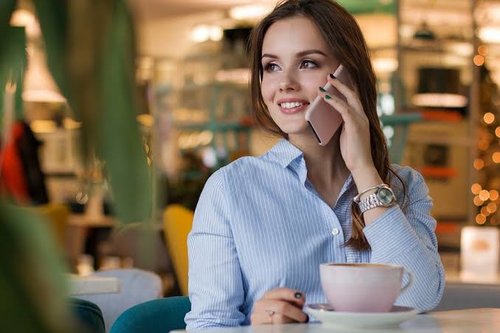 In such cases, the use of Benzodiazepines for anxiety can create more problems. This is where people started looking for alternative drugs.

Something that could cure your anxiety without get you addicted or creating further health issues. This is when kava was discovered.

An herbal supplement that has been providing relief to thousands of people as an anxiolytic substance.

You’ll see many research and studies conducted on Kava and its role in anxiety. However, this article will focus on how to take Kava for anxiety, so continue reading!

It is generically called Piper Methysticum which means intoxicating pepper.

The root of kava is known to cause relaxation and it is an amazing remedy for ailments like anxiety, stress, and insomnia.

It is as effective as tranquilizers and benzodiazepines in treating anxiety and insomnia, but the point worth noting is that Kava doesn’t develop dependence and intolerance.

Instead one develops reverse tolerance to Kava, which means that you require a lesser dose of Kava to produce the same effects.

The active ingredients of kava kava are kavalactones, kavapyrones, glutathione etc. They come in various types and their properties differ depending on a number of certain kavalactones.

How does kava kava act?

The active constituents of kava kava are known as kavalactones and they are phytonutrients.

Kavapyrones play a minor role in the action of Kava.  Kava is also known as the ‘Nature’s Valium’ due to its efficacy against anxiety, panic attacks, and phobias.

Kava is a known anxiolytic according to research and it doesn’t have the side effects of the prescription drugs which include dependence and tolerance. The mechanism of action of Kava is mentioned below;

Kavain is the main kavalactone that helps in alleviating anxiety.

Day to day anxiety that one feels because of workload or exams is a normal phenomenon. Anxiety means you are nervous 24/7.

You are worried about something and you think you can’t fix it, so you are not able to concentrate on anything and basically, you stay in a panicked state. You feel your heart racing all the time.

Sometimes you even might feel palpitations. Your resting pulse is greater than 90 beats per minute. You may develop headaches and your sleep, as well as social life, is impaired.

Anxiety is a mental illness, the way depression and schizophrenia are. It’s not something that you can just call a minor fluctuation of behavior from normal.

Anxiety is crippling, a feeling of intense discomfort, the shaking of limbs, the trembling of lips when you speak, the sweating when you have a panic attack.

How to take Kava for anxiety?

Kava can be taken in the form of tea, capsule, powder or liquid form. The daily intake of Kava for anxiety should not exceed 250-300mg in any of the forms mentioned.

Must Read:  What Is Kava Tea And How It Makes You Feel Happy And Relaxed?

Take kava for anxiety in the evening if you decide to take it only once a day. That way you’ll be ready to relax and get calm before going to bed.

It will also give Kava sufficient time to kick in.  For best results, take it at least an hour before sleeping.

If you’re taking multiple doses throughout the day, spread them out evenly, with one pill in the morning, one in the afternoon and one before bedtime, provided you are taking Kava tablets/capsules.

Kava tea should be spaced in a similar pattern. In this pattern take a dose of 70 mg of Kava at one time.

Kava can be taken with meals but it will slow down the absorption of Kava from the GIT. Take regular breaks from Kava especially if you are taking it on a daily basis. After every 2 days give it a break. Once a month give yourself a kava free week.

What do research studies say about the use of kava for anxiety?

Kava treatment in patients with anxiety a research by Phytother Res. 2004 Apr was a placebo-controlled double-blind outpatient trial that was done to find more information about the efficacy and dosage of Kava in patients with non-psychotic anxiety.

In this trial, 50 patients were included who were treated thrice a day with a dose of 50mg kava extract for a period of 4 weeks.

The results showed that the total score of the Hamilton anxiety scale reduced in anxiety versus placebo.

Also, kava was well tolerated and showed a safety profile with no drug-related side effects or withdrawal in the 2-week safety observation phase.

What are other treatment options for anxiety?

For a person suffering from generalized anxiety disorder, there are many treatment options that include; assistant of a mental health counselor, psychiatrist or psychologist.

Drugs like Prozac are prescribed. Those who don’t want to take medications can go for the following;

What are the side effects of using Kava?

Excess intake of kava can cause damage to the hepatobiliary system. Also, taking other parts of kava, with exception of Kava root may damage hepatocytes.

Kava should not be taken by pregnant and lactating women. Other drugs shouldn’t be taken with kava as these might cause drug interactions.

Excess use of kava kava may cause dermopathy which is a scaly rash similar to psoriasis and results in excessive itching. Kava may cause allergic reactions, loss of appetite and upset stomach.

Previous article
Ooze Slim Twist Pen Review (Features + How to Use)
Next article
How To Find And Select A Reliable Kratom Vendor?