HomeCannabisWhat Are The Strongest And High THC Cannabis Strains?

What Are The Strongest And High THC Cannabis Strains? 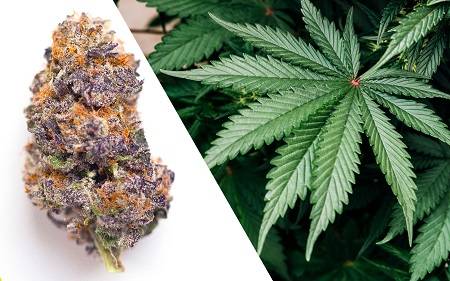 Looking to buy high THC Cannabis strains for sale in the legal medical marijuana states but not sure about where to get started?

If so, you have to take into consideration the legal risks and side effects of cannabis.
THC and CBD are the two main varieties of cannabis.

THC cannabis is rich in the cannabinoid tetrahydrocannabinol (THC) which is responsible for the euphoric effect caused by weed.

CBD cannabis contains a high percentage of another cannabinoid called cannabidiol. This form of cannabis is a non-psychotic alternative to marijuana used for medical purposes.

Marijuana possession and use are generally considered illegal by the federal law. However, there have been many variations in policies regarding the medical and recreational use of Cannabis across the States.

Nine states have legalized the recreational use of Marijuana. You can buy THC cannabis strains in these states; Alaska, California, Colorado, Maine, Massachusetts, Nevada, Oregon, Washington, and Vermont.

However, in Vermont the legal limit is set to one ounce and commercial sale of cannabis is not allowed. Commercial distribution is also illegal in the District of Columbia.

For Medical purposes, some states allow the legal medical use of Cannabidiol (CBD) only in the treatment of Epilepsy.

Iowa, Texas, and Wisconsin allow the more general use of CBD. Some states like Georgia and South Carolina have more restrictive policies regarding CBD medicinal use.

There are some states where the use of Marijuana is decriminalized, although some of these states still count Marijuana possession as a misdemeanor.

These states are Alaska, Connecticut, Delaware, Illinois, Maine, Maryland, Minnesota, Mississippi, Nebraska, New Hampshire, New York (only if it’s not in a public view), North Carolina, Ohio, Rhode Island, Vermont, and the U.S. Virgin Islands. You may find THC cannabis strains for sale in these states.

Some side effects of high THC cannabis strains include some forms of severe dizziness, nausea, and paranoid feelings. Dangerous residues left after the extraction of cannabis using some oils such as butane, petroleum ether, and naphtha can also possess great health risks.

What Are The Strongest And Most High THC Cannabis Strains For Sale In 2018?

Cannabis has two different strains; Marijuana and Hemp. Although they go by the same family name, there are many differences between them.

Marijuana is the psychoactive high THC strain with levels of THC reaching 25% or more while Hemp is non-psychoactive and only contains less than 0.3% of THC.

If you are looking to buy high THC cannabis strains, here is a list of the strongest strains available with a THC content of 25% or more.

This is one of the strongest strains available on earth with 28.2% THC content.ChemDawg is a blend of Sour Diesel and OG Kush which explains it’s pungent diesel taste. It’s also as sticky as its parent Diesel strain. It is an equal balance of Indica and Sativa.

This strain has a strong pungent odor which makes it very recognizable.

The ChemDawg is especially effective in relieving stress and depression. It is also used to alleviate pain from different origins. It’s most common side effect is dry mouth. It is most popular in Portland, Denver, Toronto, and Eugene.

Coming second place to ChemDawg, White Tahoe Cookies has a THC content of 27.15%. It is an Indica-dominant strain. As suggested by the name, it is a hybrid of The White, Tahoe OG and Girl Scout Cookies. This gives it a citrus taste followed by a skunkier and almost flowery taste.

The taste is also slightly sweeter and harsher than the parent strains. White Tahoes Cookies offer amazing relief from pain and depression. It can also be used in treating mild inflammatory conditions. Dry mouth can be a limiting side effect.

It is also common to get paranoid after consuming the flower. It is most popular in Portland, Bend, Seattle, and Everett.

Irish cream has a THC level of 27.1% almost the same as White Tahoe Cookies. It is also an Indica-dominant strain.

It comes from the hybridization of Real McCoy with Girl Scout Cookies and Cream. It has mixed sweet vanilla and earthy flavor and feels sticky or melty.

Must Read:  Which Cannabis Strains Have High CBN?

It is also characterized by its strong aroma. Irish Cream is guaranteed to relieve stress and leave you carefree. It can also alleviate pain. It is most popular in Los Angeles, Bremerton, Montreal, and Calgary.

Royal Gorilla is a result of a lucky accidental hybridization of Chems Sis, Sour Dubb, and Chocolate Diesel formerly known as Gorilla Glue #4 (or GG4). This first-place winning hybrid at High Times Jamaica World Cup as well as the Michigan and Los Angeles 2014 Cannabis World Cups measures at approximately 27% THC although some phenotypes are claimed to measure at 30%+ THC.

Royal Gorilla has an earthy, pungent pine taste. It has an amazing stress-relieving effect but will end up leaving your mouth as dry as a rock. It is most popular in Portland, Los Angeles, Toronto, and Detroit.

Rude Boi measures at 26.9% THC. This Indica-dominant hybrid is bred by Archive Seeds. It’s originally cultivated in the south-east regions of Atlanta. It’s a blend of the famous OG Kush, Irene OG, and Faceoff OG.

The name comes from the original cultivator “Rude Boi”. Rude Boi has a flavorful pine like the taste at the beginning with a refreshing one at the end.

It is a dependable stress reliever but like most other hybrids will leave your mouth dry. It is most popular in Portland, Salem, Eugene, and Beaverton.

Ghost Trian Haze is a Sativa-dominant strain measuring at 25.5% THC. It comes from the crossbreeding of Ghost OG and Neville’s Wreck. It was first bred by Rare Dankness. Ghost Train Haze has a sour citrus taste mixed with the sweet floral aroma.

Its high THC content makes it an excellent pain and depression reliever. It also helps increase appetite but beware of its anxiety enhancing effect. Similar to other hybrids in the mouth-drying effect. It is most popular in Portland, Edmonton, Denver, and Vancouver.

This Indica-dominant strain is named after the famous rapper “Snoop Dogg”. It measures approximately 25% THC. It is a hybrid of Blue Dream and Master Kush which are two of the hip-hop superstar’s most favorite strains.

The plant is covered in orange-colored hairs which makes its appearance distinctively attractive like its parent Blue Dream. A woody aftertaste takes over after the sweet blueberry flavor coming from Master Kush parent.

Snoop’s Dream enhances appetite and relaxation. Dry mouth and paranoia are the most expected side effects. It is most popular in Portland, Tacoma, Seattle, and Lynnwood.

Fat Banana is also known as Banana Kush. It is considered a tropical treat due to its sweet and juicy flavor. It measures approximately 25% THC. It comes from the hybridization of Skunk Haze with OG Kush. The strain is an equal mix of Sativa and Indica.

Fat Banana is excellent stress, depression and pain reliever. Dry eyes and mouth are common side effects. It is most popular in Portland, Medford, Denver, and Phoenix.

White Fire OG, commonly known as WiFi OG, is a force not to be reckoned with, measuring at 22-29% THC levels. As the name suggests, it comes from breeding of The White and Fire OG making it a 60% Sativa hybrid.

The plant is characterized by its sour, pungent aroma derived from parent Fire OG mixed with high resin productivity and hence white crystal appearance off The White. It’s guaranteed to provide a unique experience of a lifetime.

White Fire OG is used in some serious conditions such as glaucoma and cancer. It is also used to treat anxiety, stress, depression, and loss of appetite. Dry eyes and mouth are the most common side effects. It is most popular in Los Angeles, Portland, Denver, and Calgary.

Measuring between 20-28% THC, this traditional strain still holds its place between the strongest strains of Cannabis. It was originally named “Tringle” and was first found somewhere near Florida.

The White gets its name from its icy white outer appearance caused by crystal resins depositing on its buds as well as its numerous white trichomes. It is widely used by breeders for the improvement of cannabis strains properties. The White is also characterized by its lack of taste and odor.

This plant is an excellent stress and pain reliever. It is also used to treat insomnia, although it may predispose anxiety in some individuals. It is popular in Portland, Los Angeles, Eugene, and Everett.

Previous article
Kratom Capsules Dosage – A Complete Guide
Next article
How Long Does CBD Stay In Your System?