HomeCannabisWhat Are The Pros And Cons of Smoking Weed...

What Are The Pros And Cons of Smoking Weed Every Day? 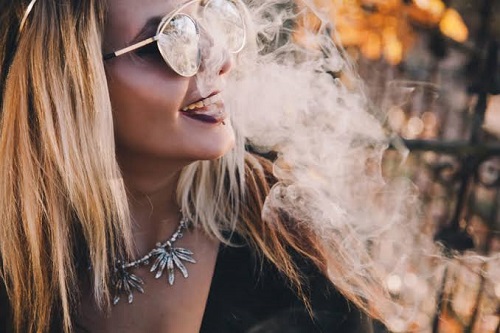 According to the United Nations World Drug Report, published in 2017, there are about 183 million people across the globe who consume cannabis (weed). The plant is consumed for many different purposes, which range from medication to recreational use.

Whatever the reason for consumption may be, it is important to realize that the continuous use of the substance not only offers benefits but has some side-effects too. This article will highlight the pros and cons of smoking weed on a daily basis.

What Is A Weed?

This is, perhaps, the most frequently asked question. Weed, marijuana, and Cannabis are the same things.

Where Cannabis is the scientific term, short for the plant Cannabis sativa, weed and marijuana are the more commonly used names.

Pot is a psychoactive drug, it acts on the endocannabinoid system, causing a person to feel the symptoms of being ‘high’ or ‘stoned.’ Tetrahydrocannabinol (THC) is the primary active cannabinoid found in Weed.

This chemical acts on the cannabinoid (CB) receptors in the brain, central nervous system, and other parts of the body, overwhelming the endocannabinoid system and disrupting the natural functioning of the body.

Weed is classified as a stimulant, depressant or a hallucinogen depending upon the varying effects it may have on different people. Marijuana, however, is never classified as an opiate.

The legality of Weed in different countries depends upon its usage. Many countries such as Austrailia, Canada, Italy, Germany, Finland, and Norway, have legalized the use of Cannabis, but only for medical and scientific purposes.

Other countries such as Spain and Uruguay have allowed its consumption for recreational purposes too, provided that it is not used in public places.

Almost all the countries around the world, however, prohibit its populations from the cultivation of the plant.

How Does Weed Intake On A Daily Basis Benefit The Human Body?

There are millions of people worldwide who decide upon smoking Weed as a solution to many problems including stress, anxiety, depression, pain and numerous other mood disorders.

Weed brings the feeling of euphoria, a state of the mind that is desired by almost every individual. Weed also offers many other benefits, which include;

In a 2003 study, conducted by Robert J. DeLorenzo of Virginia Commonwealth University, it was shown that epileptic mice which were fed with marijuana were able to resist seizures for about 10 hours.

It was stated that THC, the active component of the plant, bound with receptors that controlled excitability and regulated relaxation. Considering the results of this experiment, many people who have epilepsy find comfort by smoking weed every day.

Amongst its medical uses, Weed is most famous for it pain relieving properties. It is sought by people who suffer from chronic pain, menstrual cramps, muscle spasms and sleeping disorders.

It is also considered a safer substitute for Opioids, a pain-killer that presents a lot of health threats and side effects and is regarded very harmful for the human body.

Smoking Weed on irregular basis can cause an increase in blood pressure. This problem, however, is solved when the intake of the substance is done every day.

This is because the body adapts to the effects of the drug and prevents the temporary spike of blood pressure.

Continuous use of weed not only helps lower blood pressure over time, but it also enables us to maintain these healthy levels.

Must Read:  Why Are Your Weed Plants Growing Slow?

In a study conducted in 2010, researchers were able to find out that THC and other cannabinoids such as cannabidiol were able to interact with receptors which controlled immune responses and played an important role in gut function.

These plant cannabinoids help decrease the permeability of the intestines as well as make the cells bond tighter, preventing bacteria from coming in.

According to studies, people who smoke weed daily have a lower risk of obesity compared to those who don’t consume the substance.

It is also thought to benefit people who suffer from eating problems. Additionally, Weed is considered to regulate blood sugar by keeping insulin levels in check.

Disadvantages of Smoking Weed Every Day

While smoking Weed every day offers many benefits to people, that fact that it may pose many harmful effects should not be ignored.

If we were talking about other means of consuming the drug, such as injecting or vaping, the risks of respiratory diseases would have been almost non-existent.

Smoking Weed, on the other hand, is quite dangerous, causing many respiratory illnesses, such as chronic bronchitis, chronic coughing, wheezing and higher-than-normal levels of sputum.

Some researchers have also debated upon a potential link between regular marijuana inhalation and upper respiratory tract cancers.

These studies though, are still underway, and there are no strong results to prove the theory, which as yet remains contradictory.

It is believed that the higher the amount of Weed intake, the higher the chances of suffering from memory problems. There is no proof, however, on whether Weed consumption on a daily basis poses any threats to long-term memory.

Although smoking weed daily might help lower blood pressure, it is also considered to increase the risk of hypertension.

In the results of a study published in the European Journal of Preventative Cardiology, it was stated that regular weed users were 3.34 times more likely to die from hypertension than were non-users.

It has been suggested that Daily consumption of weed may be harmful to males, as it reduces testosterone levels, which is the male sex hormone concerned with overseeing secondary sexual characteristics in males.

It is also believed that the components in weed could cause infertility problems by decreasing the sperm count in men.

The drug is also considered harmful to pregnant women, as it results in the child having lower birth weight. These studies are still in their early stages and are not considered reliable by many people.

One may readily conclude that there aren’t enough studies on the long-term use of Weed to either tag it beneficial or harmful to health.

There are many contradicting views about the daily consumption of Weed, but none of them is strong enough to prove as to why it should not replace pain-killers such as opioids, which, compared to Weed, are believed to pose for more significant health risks.