Despite 2021, the Kratom industry remains vulnerable to ongoing threats from government bodies in the US. Entities like the Food and Drug Administration (FDA) and the Drug Enforcement Agency (DEA) oversaw destruction and recalled Kratom products many years ago. Although these actions were short-lived; however, civil and political outcries emerged regarding its ban, and the DAE reversed its policy.

While Kratom enthusiasts thought the war on Kratom diffused, it, unfortunately, did not! Moreover, next year the US Health and Human Services department (HHS) suggested the DEA proceed with the primary alkaloids in Kratom. In March, STAT News obtained the document via the Freedom of information Act; however, the public discovered that some pages were missing. While STATNews claimed they communicated with the HHS, which failed to provide the entire paperwork, the HHS claimed there seemed to be some mistake regarding this matter.

As soon as the mainstream media got wind of the story, the HHS flip-flopped on the issue shortly after. It sent another letter to the DEA revoking its previous recommendation to schedule Kratom. While both the DEA and HHS refrained from getting involved, the FDA has always criticized Kratom to date.

This complex issue involves many players, including the Indonesian Government Ban apart from the US agencies. To your knowledge, the world’s top Kratom supplier (Indonesia) is involved in a complex love/hate relationship with their biggest cash crop! Indonesian Kratom accounts for up to 95% of the global Kratom supply. Regardless of the plant boosting the economy, there seems to be uncertainty on the government’s stance on opposing Kratom’s legality. In this article, we will update you on the current legal status of Indonesian Kratom, the post-ban consequences of an Indonesian Kratom ban on the international community, and recent updates on a prime international issue.

Over the last decade, the Kratom industry (US) had another alarming political ambiguity; this time, the problem was from a foreign administrative agency−The Indonesian Government.

The Indonesian equivalent of the DEA (US) is the National Narcotics Agency (domestically known as the BNN). The BNN had a firm stance opposing Kratom; it is the main political force pushing the Indonesian Kratom ban.

According to some sources, the FDA has also pressed the Indonesian government to ban Kratom based on typical scientific propaganda. As a result, some Indonesian politicians wished to make Kratom illegal. In return, the FDA addressed such claims in comments to counter the matter, saying that they had “inquired to understand the current status of Kratom under Indonesian law” but had “not advocated either formally or informally about a change in the law in Indonesia or any other country relative to Kratom.”

In 2017, the Indonesian Ministry of Health suggested making Kratom a Schedule I substance. Nevertheless, the agency was aware of the complications it would lead to, especially for local farmers. It even compensated the farming community with a five-year window before the Kratom ban in 2022.

Some Indonesian politicians agreed with the barriers it would generate. Moreover, a few political powers (Indonesia) even collectively stood alongside the Kratom ban. The Indonesian Minister of Agriculture believes taking away the cash crop would be dreadful for the underprivileged farming communities. In August 2020, he issued a ministerial decree to declare Kratom as a medicinal plant in Indonesia.

Nevertheless, while the mandate wouldn’t stop the Kratom industry’s demolition, Kratom would remain legal exclusively for medical trade. Furthermore, the Kratom farmers believed it to be better than nothing. Nonetheless, the Kratom ban continued to approach quickly. For environmentalists, it would boost the region’s natural ecology, help reduce carbon emissions, and maintain biodiversity.

Considering 2021, Indonesia has not banned Kratom in both cultivation and exports. On the contrary, the Indonesian Kratom industry has an argumentative history, with countless legal efforts to regulate, reclassify, or even completely ban it.

Overview Of The Latest Events And Outcomes:

Must Read:  How Long Does It Take For CBD Oil To Work?

As mentioned above, Indonesia is the world’s number 1 and only legitimate Kratom (bulk) supplier and constitutes 95% of all global Kratom supply. There are a lot of legal constraints in other countries where the plant is native. A Kratom ban can surely collapse the industry and affect the entire economy. However, there has been a surprising turn of events that has diminished all the posed risks.

Indonesia is leading the global Kratom monopoly, and a ban can also crash the globally reliant community/industry. An Indonesian Kratom ban would massively disrupt all the industries, crash the supply chain of Kratom products and even restrict users to access any Kratom product throughout the world.

Thailand’s Stance On Capitalizing On The Kratom Industry

Similarly, neighboring countries like Thailand had banned Kratom cultivation back in 1943 and in 1979 classified it as a restricted drug. Despite all feuds, the matter has now come to an end.

Like Indonesia, Thailand has had a love/hate affair with Kratom. In 2018, it was recognized as the first Southeast Asian country to permit medical marijuana. Although it allowed medical marijuana legal only for medical purposes, it also allowed sales to those with licenses permitted by the government.

In 2020, the Thai government also granted permission to some villages to cultivate Kratom. In 2021, the government reversed its stance and decriminalized the herb across the country.

Nevertheless, many restrictions/regulations also remain, especially on commercial sales. The government has allotted licenses to some suppliers to only sell Kratom for medical purposes; until the law has not been reformed, a competition barrier between local farmers and the international (Indonesian) community will surely exist.

The Kratom industry has a prominent and perspective supplier in the local and international community. With such enthusiasm to wanting a piece of the pie, the Kratom industry can surely see a lot of prospects.

Kratom Ban And The WHO

Unfortunately, a new threat emerges on the horizon, and there might be another possible ban posed by the World Health Organization (WHO). As of October 2021, the WHO had an Expert Committee on Drug Dependence (ECDD) meet. One of the integral points discussed revolved around conducting a pre-review of substances like Kratom and Phenibut; however, the review results are still oblivious.

The ECDD must review all submissions from member states in the United Nations (UN) before concluding, and the entire process can be very time-consuming.

Luckily, the AKA was also present for public presentations to the committee regarding the substance and claimed that all speakers (in attendance) stood united against the threat of a Kratom ban.

A substance pre-review at an ECDD can lead to two possible outcomes. Firstly, the best-case scenario and what the entire Kratom community hopes to happen is the committee agrees to terminate all future discussions regarding Kratom. Secondly, the worst-case scenario suggests experts conduct a critical review of Kratom.

Nonetheless, this won’t mean the end of the Kratom industry! It only means that the ECDD would conduct another review for the possibility of scheduling it.

If Indonesia agrees to ban kratom, the supply of international kratom would effectively disappear overnight! It could also give other communities, especially neighboring countries, a massive chance to fill in the vacuum; however, though it seems bleak! 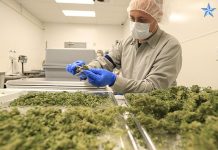 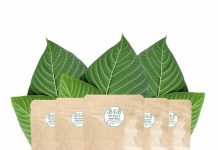 What Is The Half Life Of CBD Oil?