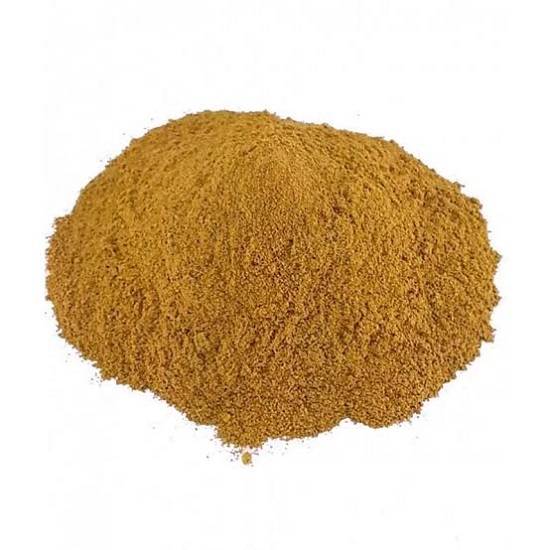 If you are tired of all regular Kratom strains and want something new, here is something which is new for to use. Hulu Kapuas Kratom is a less prominent strain which helps you to overcome many everyday problems.

This strain is something which is as stimulatory as coffee and as relaxing as herbal tea. For people who want a switch from the daily Kratom strains, Hulu Kapuas is something which works differently than the rest. Here is how it works for the user.

Hulu Kapuas Kratom is just the regular Mitragyna speciosa. It is just a modification of typical Kratom. It is the famous Southeast Asian tree which has miraculous properties.

Hulu Kapuas grows in a thick forest of Indonesia which is near to Borneo island.

It has its name in the dense forest of Hulu which is famous for its Kratom vegetation. Hulu forest has its location on the banks of river Kapuas.

Kapuas river flows next to the Malaysian border. The area has no native locality which means no has direct access to the Hulu Kapuas Kratom.

Only the big Kratom dealers make access to it, and only a few of them sells it online.

Why is it so rare to find?

The river bank of Hulu is practically an isolated area. Finding any native population is scarce. Despite that Hulu,

Kapuas is an ancient species, but the majority of people don’t know about it.

The reason is that it is tough for people to obtain it. Only a few people have access to it which sell it to some leading Kratom vendors. That is the reason why it is so rare to find.

The second factor is that it is only the mature leaves of Kratom tree which make the fine Hulu Kapuas powder.

It makes it even harder to stock Hulu Kapuas powder for the vendors. For this reason, they don’t always have it available for the users.

The bioactive compounds which give the unusual properties to all Kratom trees are called alkaloids. They are so many, and each one of them gives a different effect.

The principal alkaloids are mitragynine and 7-hydroxy mitragynine which together provide more than half of the effects of it. Up till now, there are only 15 unknown and various unknown alkaloids which make up the list.

Some of these known alkaloids dominant in Hulu Kapuas Kratom tea are as follows.

All these alkaloids are present in different concentrations as per different leaf vein color. Each one of this alkaloid list has a different effect. This effect sometimes becomes dominant or recessive in case of a different color of leaves.

What are the types of Hulu Kapuas leaves?

In any case, if any someone doesn’t know, all Kratom leaves are of three kinds. Hulu Kapuas leaves also follow their categorization. They have three particular types.

The significant difference between these three categories is of their leaf appearance. By appearance, it means that they look different from each other.

The typical plant leaf has visible green lines which are called veins. In case of Kratom, the leaves have not just green veins but also red and white veins. It gives a different look to them which is even recognizable from the naked eye.

These certain colors of veins show that there are different effects of each one of them.

Red Hulu Kapuas leaves has a high content of 7 hydroxy mitragynine which makes it an excellent analgesic strain.It also turns a better stress relief aid than green and white strains. The red strain is not a good nootropic support, and dynamic element and this property are more with green, and white Hulu Kapuas leaves.

White Hulu Kapuas leaves have less amount of 7 Hydroxy Mitragynine in them, but it has other alkaloids in high quantities. It is useful for treating stress, depression, panic attacks and building energy.They are the best nootropics for routine use. Most of the users who need nootropic assistance use white Hulu Kapuas Kratom. It is best for using early morning. Pain relief of Hulu Kapuas is less efficient than all others.

Must Read:  A Review on BestKratom.com By RedStorm Scientific

Green Hulu Kapuas leaves are nonsedative, nonstimulating. They are better for moderate effects than both other leaves. Green leaves have the mediocre potency of effects which are of white and red vein leaves.

The effects of Hulu Kapuas Kratom are unique using their user ease and simplicity. Hulu Kapuas is famous as a fusion strain as its location shares the soils of both Indonesia and Malaysia. It gives combinational effects to it which are not common in any other strain.

The necessary result of experiencing Hulu Kapuas is something more than just overall feeling of getting better. It is a sharp motivation, stimulation and mood enhancement which is visibly apparent.

This is followed by energizing effect which is more common if you are using white Hulu Kapuas. Red and green veins are not as such energetic.

This feeling is very similar to what a user feels after taking a strong coffee. The activation of mind and body along with clear head is the primary function of Hulu Kapuas strain of Kratom.

With time, the first results seem to strengthen more. It means they first effects are increased in potency and opens more results correlating to the primary ones. For example, the mood enhancing effects leads to stress relief which often ends on sedation.

Another effect which takes some time to activate it is a pain relief which is significantly high when using red Hulu Kapuas.

This pain is usually a common one, i.e., a headache, body ache or period pain. Conclusively, all these effects are moderate at this stage and are not very potent.

This is the last stage where are the effects are in extremely high nature. The stress relief turns so potential that it even helps to reduce anxiety and depression.

Pain relieving effect becomes stronger and adds up sedation with it. At this level, the analgesic effect can overcome chronic illnesses such as osteoarthritis and joints pain.

The extreme effect is euphoria which is the probably the last result to come. This effect doesn’t last for so long. Most of the users narrate this stage to be the most satisfying than all.

How to use Hulu Kapuas Kratom?

Due to less availability, most of the suppliers have Hulu Kapuas available only in powder form. Its usage is just like all other Kratom types. Initially, only the leaves were typical to use.

The international transportation was not possible with fresh leaves for which Kratom suppliers are using it to formulate different forms. For example, dry powder, crushed leaves, herbal teas, and supplement.

Among all of these, only the powder form is most common among customers. Supplements of Hulu Kapuas Kratom is rare to find. It is available in powder as different strain or a mixed strain powder.

Which type of leaf is better to use?

Among all three types of Hulu Kapuas leaves, each user can select as per his requirements. For the pain killing and anxiety relief properties, red Hulu Kapuas are better to use.

Hulu Kapuas is a perfect choice for people which need a different Kratom experience. It has a unique set of alkaloids which work as per user’s requirements.

It is an effective solution for pain, tensions, stress and low self-esteem. The cognitive assistance which it provides is matchless. The results are more comforting and refreshing.

For users who need a highly active physical and mental state of mind,

Can I Use My Credit Card to Buy Kratom Online?

Asad Khan - July 3, 2021 0
Are you confused between blue lotus and Kratom extracts? Which one is more potent, and which one should you buy? Worry no more because...

Can I Use My Credit Card to Buy Kratom Online?

What Kratom Costs You In The USA

How To Buy Kratom Seeds Online — The Purchasers Guide!