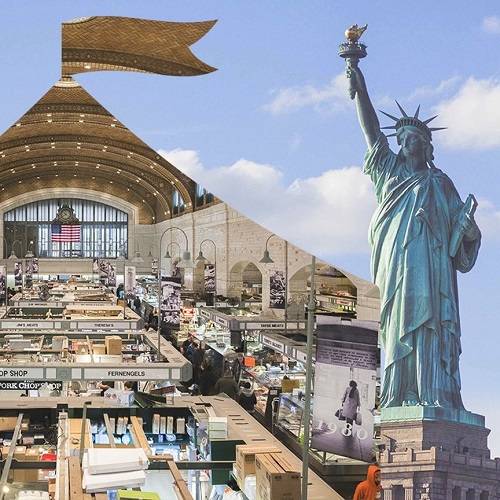 Despite the unfriendly administration of marijuana in Washington on D.C., the nine states of US and the District of Columbia permit the use of marijuana for recreational purposes while other 30 states allow its application for a medical purpose.

Marijuana use and production are gaining popularity and becoming a massive business in the US.

The emerging marijuana industry made around $9 billion sales in 2017, and according to the massive opening of the retail market in California the sales were increased to approximately $11 billion in 2018 and further to $21 till 2021, according to the managing director, Tom Adams at BDS analytics.

The marijuana industry is creating an opportunity for people to have jobs and earn money for their living.

There are thousands of active licenses for marijuana business which includes the manufacturers, cultivators, retailers, distributors, dispensaries, test labs, and deliverers.

Thousands of people are working in the cannabis plant with the rise in number as the industry is growing.

As the employment rate is increasing year by year, it is assumed that the number of employers in the marijuana industry will rise by 2021 to 295,000- 300,000 people, as mentioned by the BDS Analytics.

Marijuana is not merely marijuana anymore. There are various marijuana products legally available in dispensaries widely from the traditional flowers to the high-quality processed products which include the hash, oil, and shatter along with rosin which can be easily vaped or smoked

The marijuana products are also available in the form of edibles such as candies, gummies or baked goods.

The marijuana industry, however, remains shaky due to the precarious legal issues regarding the law situations of the state.

However, some recreational programs were recently held in Colorado, Oregon, Alaska, Washington, California, Massachusetts, Nevada, and Vermont along with Maine.

States Where Marijuana is legal for recreational use in 2018

Around 12 countries are planning to consider the legalization of marijuana this year, with a possibility of more states to join further which will make 2018 a potential beginning for the marijuana industry.

Some countries are also planning to take the legislative steps and make marijuana medically or recreationally legal and making it more accessible.

Vermont is said to be the first state which legalized the use of marijuana by the legislature rather than through the ballot initiative during January 2018.

In January 2018, California made the use of marijuana, legal for recreational use. Adults aged above 21 years can now easily buy the marijuana products from the selected stores in California.

The legalized form of marijuana makes around $7 million revenue which makes California as one of the largest states in the world among the marijuana market.

The new laws in California allow the farmers to grow around six plants of cannabis-type at home.

However, the use of marijuana in public places is still illegal according to the new law.
California played an essential role in the national debate about the legalization of the marijuana use.

California initiated to legalize the use of marijuana for recreational purpose and launched the marijuana industry within the state’s borders making it the sixth largest economy state in the world, as mentioned in the Los Angeles Times.

More cities such as Los Angeles have started selling and buying the marijuana for recreational purpose resulting in the massive number of licenses for this business.

Dispensaries are selling the marijuana in Colorado. Residents along with the tourists can buy the weed approximately till one ounce.

Colorado joined Washington and became the first two states which legalized the recreational use of marijuana in 2012.

Vermont became the first state by legalizing the use of marijuana through their legislature on January 22, 2018. However, other countries have authorized the use of the voter-approved ballots initiative.

However, Vermont does not offer the public to sale the marijuana products according to their law.

Many experts point out that according to Vermont Legislature, the spanning might increase the penalties on marijuana use then to allow the growth to enable the nonprofit sellers that they can commercialize to entirely repealing the products without any regulations regarding the marijuana products.

The end goal according to many advocates is to allow the marijuana sale due to which Vermont’s decision is not entirely considered as a victory.

Regardless of where the situation ends, Vermont became the first state in January to legalize the use of marijuana through the legislature.

The newly elected governor, Phil Murphy in New Jersey has served as an outspoken advocate for the matter of legalization.

Must Read:  How To Use CBD Oil For Anxiety?

According to a bill which he would concoct Murphy said that the law would allow the adults aged 21 and above to possess at least 1 ounce of Marijuana, 72 ounces of marijuana in liquid form, 16 ounces in solid form of marijuana-infused products and 7 grams of the concentrates. However, it would restrict the home cultivation of marijuana.

Murphy promised to sign the iteration of the legal marijuana legislation within the 100 days while assuming the office.

According to the public radio service in Rhode Island, it is said that the lawmakers within the state are racing to strike the recommendations regarding the use of marijuana for recreational purpose.

It is expected that a six-person Cannabis Advisory Board were about to make a recommendation about the legalization of the pot bill in January.

It is a hope that the legislation will somehow pass by summers in 2018 and the commercial sales will begin.

The Hartford City Council permitted a resolution during 2017 which legalized the use of recreational marijuana.

Still, the fight continues in Connecticut to authorize the recreational use of marijuana during the 2018 sessions as said by the Marijuana Policy Project.

A campaign is underway in the state to legalize the use of marijuana for recreational purpose although the similar effort was conducted in 2015 which failed. However, Ohio is planning for a second ballot proposal in 2018.

During the June or November elections in the state, the voters will decide on the legalization of the medical marijuana in the country.

If the voters in Oklahoma approve the Question 788 within the ballot, Oklahoma will join the other 29 states which have already legalized the use of marijuana for medical purpose.

According to it, the law will allow the licensed patients aged 18 or above to possess around 3 ounces of marijuana personally and up to 8 ounces at homes as said by the Tulsa World. The patients would be allowed to maintain and grow six mature forms of marijuana plants.

Marijuana use for the recreational purpose was legalized in 2017, and they went one step ahead by allowing the use of marijuana by the adults aged 21 or above and possess 2 ½ ounces of weed.

However, the legislature of the state is still working on the sale and commercial production of the marijuana products.

However, further work regarding the marijuana use is due this year, so it is expected that more good news will be heard regarding this matter.

Michigan allowed the use of weed products for a medical purpose a decade ago through a ballot drive in 2017. However, the use of medical marijuana for recreational purpose is still due till Nov 6, 2018.

According to the legislation proposed by Michigan, adult residents can possess up to 2.5 ounces of marijuana and can grow up to 12 pot plants at their home.

After the voting in November 2016. Nevada planned to sale the recreational marijuana. According to the Las Vegas Review-Journal, the customers were lined up at the dispensaries to purchase the recreational pot.

The temporary regulations by the state allow the use of medical marijuana. However, the state hopes to adopt the permanent rules by November 2018 and offer the license to everyone in the marijuana business even not only for the medical purpose.

Adults aged 21 or above can use marijuana in Alaska. During 2015, the northernmost area of US legalized the use of marijuana for the residents and allowed them to possess and transport an ounce of weed for recreational purposes. The first shop for weed business opened in late 2016.

The people in Oregon are allowed to carry one ounce of weed and can grow around four plants at home from 2015.

It is legal to gift someone with weed edibles if they are ingested in private. After the legalization, the sale revenue of marijuana industry has exploded.

The dispensaries located in Washington have earned around $1 billion in the sales of the non-medical marijuana since it was legalized in 2012 for recreational purpose.

According to the state laws, it is allowed to carry around an ounce of the pot, but if you need it for medical use, then you need to be eligible for having a grower’s license.

The state will file the final regulations on 15th March to legalize the sale of the marijuana products for recreational purpose.

According to the state votes, Massachusetts is expected to host the retail of the marijuana establishments until July 1. However, the state voted the legal use of marijuana for the recreational purpose by 2016.

The new marijuana industry needs to grow with high-profit margin. The visible results can be achieved by legalizing the pot in dozen states in the US where it remains illegal.

Many customers are thankful to California because of their decision, but if the industry wants to make more profit, then there needs to be the political lobbying and campaigning to achieve this.

It is expected that the increase in marijuana industry will play an essential role in the reform movement of the drug policy as the legalization spreads.