How To Make Kratom E-Liquid/E-Juice? 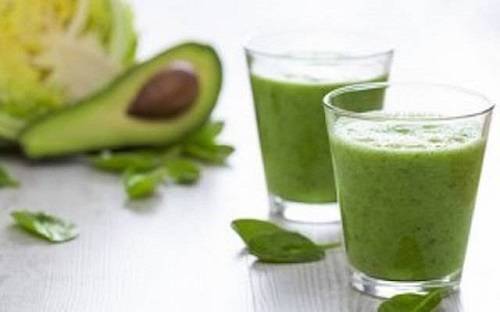 You must have come across this term ‘e-liquid or e-juice’ on Google, Yahoo, Bing etc. And,
I am sure you must have always wondered as to what it is.

No need to worry as this article will explain the concept of e-liquids, their use and how to make a kratom e-liquid.

The electronic cigarette is fueled by e-liquids or e-juice. It can be a nicotine solution that is flavored.

It actually mimics the traditional cigarette but instead of having a powdered tobacco (nicotine) in it, it has a solution.

This solution is called e-liquid. This e-liquid creates vapors in which you exhale that give you a sense of traditional smoke from analog cigarettes.

Kratom is a plant native to the countries of Southeast region. The leaves of this plant come in 3 varieties.

These leaves are dried and then crushed into powder form to be consumed. Usually, Kratom is ingested and it is almost never smoked.

However, if you take it in the form of e-liquid it can be smoked too. Kratom is used as an analgesic, a stimulant and a sedative at higher doses.

Kratom cause euphoria and produces a sense of calmness at low doses. Kratom comes in various forms which include powder, capsules, tinctures, extracts and enhanced leafs.

How does Kratom work?

This results in a series of sequential changes resulting in increased alertness, wakefulness, elevated mood and analgesia at low doses.

At higher doses, sedation is produced by activating the sleep cycle. The mood is enhanced by the release of endorphins, dynorphins, and serotonin.

Analgesia is induced by depressing the passage of signals via the pain pathway and the release of substance P and enkephalins which are responsible for suppression of pain.

The sympathetic system is activated by the activation of adrenergic pathways.

How can be Kratom taken?

Kratom is taken in various forms. Usually, people take it by the toss and wash method.

This method is the easiest but due to the bitter taste of Kratom, some people might throw up following this method.

People also take Kratom in the form of tea or coffee. Kratom powder can be taken with grapefruit juice to mask its unpleasant taste.

Kratom is taken by many in the form of capsules, but the onset of action is a bit delayed with capsules as the capsule needs to be dissolved first.

Kratom is also taken in the form of extracts, tinctures and enhanced leaf.

These forms of Kratom are highly concentrated and cause a build-up of tolerance so they should be avoided. Some food lovers take Kratom in the form of cookies!

Kratom is never smoked or injected. But with the advent of Kratom e-liquids people have started smoking it.

Must Read:  How Old Do You Have To Be To Buy Kratom

How to make Kratom e-juice?

The ingredients you require to make Kratom e-juice includes;

How to make Kratom e-liquid?

Kratom e-liquid can be made by the method mentioned below.

Take 25% distilled water and 75% vegetable glycerin along with propylene glycol and pour these over a jar of Kratom leaves or powder.

Leave this jar like this for up to 4-6 weeks, shaking the jar few times a week. After the required time filter this through a cheesecloth.

Keep the filtered solution for another week in a jar and then pull the top of the liquid off while leaving the sediment behind.

What is propylene glycol or PG?

It is used as a flavoring carried in food products, as a food coloring agent and as an additive in medicines.

What is vegetable glycerin?

It is a vegetable based liquid that is thick and hard. It is also nontoxic in nature.

This method of consumption involves smoking and this means that Kratom comes in direct contact with lungs, and through the alveolar surface of lungs it is absorbed into the bloodstream and reaches brain promptly.

This is just like smoking weed. The effects appear immediately. Though this property could benefit some people, this causes damage to the lungs and the alveolar linings. Therefore, it should be used very carefully or avoided maximally.

Status of Kratom e-liquid and DEA

Since there’s already a talk of getting Kratom banned by the DEA and FDA, it is necessary to abstain from all such acts that can cause the Kratom to be banned.

E-liquids and vaping aren’t considered legal by the DEA. It’s injurious to health.

If Kratom e-liquid is introduced and the DEA becomes aware of it, this could increase the chance of banning of Kratom by the DEA. Therefore, it should be avoided.

Kratom e-liquid is available only online and not in any store, but as per user reviews, the online sources are not to be trusted as they include additives in Kratom e-liquid to get more effects and thus people get addicted to it which can get one into serious problems.

Also, some of the alkaloids when smoked show no effect so it’s better to stay off Kratom e-liquids as claimed by many users.