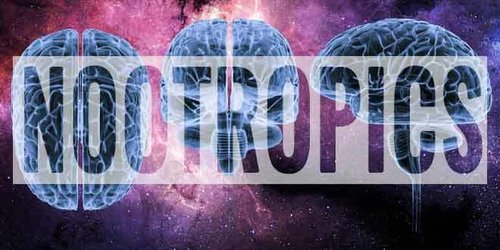 Opiates are medicines which relieve the people of their pains. These drugs are derivatives of opium which itself is a product of the poppy plant.

Also known as opioids or narcotics, opiates are quite common among people who tend to suffer from body aches more commonly.

An opiate has three different kinds of psychoactive components named morphine, thebaine, and codeine. These components are responsible for the main effects of opioids.

Opioids have a high degree of abuse potential. Several surveys are suggestive of the fact that about 12 million individuals in the United States of America alone are addicted to the use of opiates. On a global level, about 27 to 37 million people are suffering from an opiate abuse.

How opiates affect the body?

Opiates are usually used by people to generate a feeling of euphoria. It can cause people to feel happiness and ecstasy. Some individuals also use opiates to get rid of different types of pains.

However, there is a risk of developing tolerance to these agents irrespective of the reason why they are used.

Once a patient develops tolerance, he craves for opiates in an ever-increasing amount to obtain the desired effects. Opiate addiction becomes his ultimate fate.

If a person consumes opiates in large amounts, he can even face death due to cardiac failure or respiratory arrest.

Therefore, such people should immediately stop taking opiates. Stopping the use of opiates is not as simple as it seems.

Once a person develops an addiction to opiates, stopping its use can make the user suffer from symptoms of opiate withdrawal.

What is an opiate withdrawal?

Opiate withdrawal constitutes a group of effects which a user experience when he stops using opiates after developing an addiction.

These symptoms occur because the body addicted to opiate use needs sufficient amount of time to recover.

The late-stage symptoms of opiate withdrawal include:

The symptoms can appear within 12 hours of the last intake of opiates in most of the cases but the time can vary according to the type of opiate a person is addicted to.

The entire duration is quite painful for the user and it can become better by using nootropics.

GABA is structurally an amino acid the function of which is to act as a neurotransmitter in the central nervous system.

Every human brain produces this neurotransmitter, and its fundamental purpose is to provide communication between different series of neurons.

It is also an essential neurotransmitter in the suppression of anxiety as well as the high levels of stress in people.

The brain of an average individual produces enough amount of GABA in his central nervous system. Hence, he does not require any additional supplements of it.

Nevertheless, people who are suffering from an abuse of opiates or narcotics usually have a deficiency of GABA.

This is most likely because of their diets which are deficient in essential nutrients and also because they have a deteriorated health.

Consequently, their GABA levels decrease which lead to the generation of several mental problems like depression, stress, anxiety, insomnia or touchiness.

For such people, GABA supplements are recommended because it will help to ease their pain and assist them to sleep quickly.

It will also relax the body and regulate the sleep-wake cycles. Chronic pains disappear, and GABA will reduce the opioids withdrawal symptoms.

GABA supplements are available in two forms – pills and powder. A patient can use any one of these forms according to his suitability.

It is important to regulate the dose of GABA to observe maximum effects. Following are the recommended doses for GABA supplements.

Must Read:  What Are The Most Effective Noopept Stacks And Dosages?

Phenibut is a naturally occurring nootropic which possesses a strong calming effect.

It tends to relax the body and improve the mood. Users can even use it to treat conditions like insomnia and ensure a sound sleep.

Phenibut is a GABA derivative and works directly on the central nervous system.

Being a derivative of GABA, it has similar effects and hence, calms the nerves and produces a state of serenity in the body.

Phenibut has a lot of advantages related to improving cognition and reducing anxiety. It tends to activate different receptor sites for dopamine.

Due to this effect, the concentration of dopamine increases and produces a high level of pleasure and satisfaction in the user.

Users who wish to use Phenibut for opiate withdrawal can take a dose between 500 to 1500 mg every day.

Therapy should start with a relatively lower dose of 500 mg so that the user can check tolerance. Another 500 mg can be taken after 4 hours if no effects occur.

People need to take this drug for three days, or they can develop a withdrawal symptom of its own. Users should also not take another dose within 4 hours of taking the first dose.

Sunifiram is a recently introduced nootropic in the drug market, but it is a powerful one.

It works by increasing the BDNF levels in the brain but makes for its substantial effects is its property to enhance the motivation of the user.

Particularly those who are suffering from an addiction of amphetamine, Sunifiram can readily work to increase the motivation level. It helps the brain to produce its natural neurotransmitters in a rapid way.

Sunifiram is a thousand times more potent than Piracetam. This means that only a small amount of this drug is sufficient to overcome the withdrawal symptoms.

The recommended dose of Sunifiram is 4 mg to 8 mg. Users can take this medicine three times a day.

Modafinil works to relieve the symptoms of opiate withdrawal by enhancing the release of dopamine.

More dopamine is present in the body and more binds to its specific receptors.

But Modafinil does this binding in a different way than the abusive substances like cocaine and heroin.

This is why Modafinil possesses properties like other nootropics but does not have a tendency to produce withdrawal symptoms of its own.

In addition to treating opiate withdrawal, it can enhance focus, improve problem-solving skills and induces wakefulness.

People can take Modafinil in a dose ranging from 50 mg to 200 mg. Some people can even increase the dose up to 400 mg to observe additive effects.

Noopept drug comes with a tremendous amount of benefits for individuals who are addicted to opiates and want to quit using it without experiencing any withdrawal symptoms.

It has a positive effect on the BDNF as well as the NGF in the brain.

Hence, it strengthens the link between neurons and replenishes the neurotransmitters.

It also tends to improve the overall function of the brain. This is why Noopept can cure addiction without making the patient suffer from withdrawal symptoms.

It is a great solution if a user wants to heal fast from the withdrawal symptoms he is experiencing.

10 mg to 30 mg is sufficient to produce significant results in the case of Noopept. Small doses are preferable because Noopept is stronger than Piracetam.

The best way to consume this drug is by placing it under the tongue. In this way, it will reach the bloodstream faster and will rapidly produce the results.