Which Cannabis Strains Have High CBN? 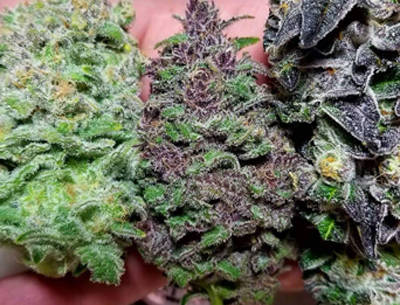 Cannabis has a variety of interesting strains. Each strain has variable amounts of enzymes, acids, and cannabinoids. The highest amount of cannabinoids present in cannabis are the THC and the CBD.

Other cannabinoids include CBN, CBC, and CBG. The cultivation and the phenotype play a major role in the overall composition of a particular strain. This article will discuss the various Cannabis strains that have high CBN.

CBN is one of the many cannabinoids present in the Cannabis plant. Though it has a very small percentage in the cannabis plant as compared to other cannabinoids yet it plays a pivotal role in many medicinal cases.

It is said that CBN has indica like effects as it also alleviates pain and acts as an anti-inflammatory agent. It is produced by the decarboxylation of THC. It is also produced by the method of aging.

Usually, the marijuana that is not stored properly, it gives rise to CBN or cannabinol. Also, when marijuana is exposed to UV light, cannabinol is likely to form. CBN has sedative effects, but it isn’t as psychoactive as THC.

What Are The Cannabis Strains That Have High CBN?

Some of the strains mentioned below are rich in CBN. That is why these strains are mostly consumed to ensue sedation, as a treatment for insomnia. Let’s have a look at these 10 high CBN Cannabis strains;

This is a pure Indica strain that contains around 16-20% THC. It is derived from California Indica. It provides with a couch-locking effect. It induces relaxation, sedation.

It can also be used to improve mood, reduce muscle spasms, and alleviate stress. It is available in some flavors that include mango, berry, and strawberry. It has psychoactive properties.

This is an Indica-Dominant hybrid strain containing an 80:20 ratio of Indica to Sativa. It is originated from Alien Dag as well as Sour Double. It has a high amount of 27-32% of THC, which makes it psychoactive along with 1% CBD. It is rich in CBN content. It is used to alleviate muscle spasms and stress. It is available in a range of favors.

This is an Indica Dominant hybrid strain containing 75:25 Indica Sativa. It is originated from Sensi Star as well as Sour Diesel. It contains around 20-24% THC. It produces effects like euphoria, happiness, sedation. It alleviates depression as well as insomnia. It is also an analgesic. It is available in flavors like earthy, sweet, diesel and skunky.

Once again, this is an Indica Dominant Hybrid that contains 70:30 Indica. It is originated from blueberry and Ogre Kush, containing THC in a range of 15-20%. It contains around 10% CBD and a high amount of CBN.

It is an effective energizer that promotes relaxation which ultimately leads to sleepiness. It is also good for nausea and inflammation. It reduces muscle spasm. It is available in the flavors peppery, sweet, berry and earthy.

Must Read:  What is Rick Simpson Oil (RSO) Cananbis?

It is an Indica variety strain that originated from Los Angeles. It contains more than 20% THC. It produces a calming effect at high doses that lead to sedation.

At lower doses, it produces an energetic feeling that results in euphoria. It is useful for appetite loss, depression, pain, insomnia, and stress. It is available in some aromas including lemon, herbal, earthy, pungent and pine.

It is an Indica variety that contains only 1% Sativa. It is derived from LA Confidential and OG Kush. It contains around 20-24% THC.

It produces a calming and relaxing effect that reduces fatigue and helps in the alleviation of symptoms of migraines and pain. It leads to sleeplessness. It is also good as an anti-depressant as it elevates mood. It is produced in a number of aromas.

It is an Indica Dominant hybrid that contains up to 26% THC and more than 1 percent CBD. It is derived from Cheese Skunk and Pineapple. It produces euphoria and thus alleviates stress and depression. Taking Pineapple Chunk helps in ensuring a relaxed state that leads to sleepiness thus it is good for insomnia. It also acts as an anticonvulsant. It is available in many flavors.

It is a Sativa-dominant strain containing almost 70% Sativa and 30% Indica, derived from Purple Kush, Sour Diesel, and SR-71. It contains up to 21% THC. It is an energetic strain at a certain dose, but generally, it also causes sleepiness. It relieves one from anxiety and depression.

It is an Indica Dominant strain derived from White Widow mainly. It also contains a high content of THC and CBD.

It helps in achieving a relaxed state, which ultimately leads to sedation. It reduces signs and symptoms of depression, migraines and other types of a headache. It is also an effective analgesic.

It is a Sativa hybrid that is originated from Himalayan Cush and Utopian Haze. It produces euphoria as it is high in THC. It also produces relaxation and causes sleepiness. It is good for the alleviation of mood swings, migraines, and nausea. It also acts as an anxiolytic.

What Are The Uses of CBN?

What Are The Methods To Use Cannabis?

The popular most method is smoking the dry flower of cannabis. The effects appear quickly, and the process is quite simple. Vaporizing is another method.

In this method, you use cannabis oil and vape it using a vape machine or pen. Cannabis is also available in the form of edibles. The vaporizer is the safest method of taking Cannabis.

Previous article
Where To Buy Kava Locally And Near Me?
Next article
CBDPure CBD Oil {Review + CBDPure Coupons}