How Long Is Kratom Detectable In Urine? 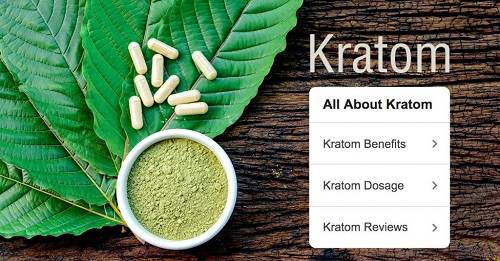 In this scientific article, we will discuss the following:

Many people fear taking Kratom because they are worried that Kratom might be detectable in urine which might get them into a problem. Generally speaking, this is a query in many minds.

Kratom is a plant that is grown in countries like Malaysia, Indonesia, Myanmar, Thailand, etc. This plant is grown in hot and humid climates.

The leaves of this plant come in three different types. The central vein of the leaves can be red in color, green or white.

According to these colors, the powder derived from the dried leaves are divided into various strains. The active component or alkaloid present in these leaves is Mitragynine and seven hydroxymitragynine with many other types of alkaloids.

These alkaloids act on the Opiate receptors present in the human brain. The actions of Kratom include euphoria, stimulation, confidence boosting, boosting energy levels, enhancement of cognition, alleviation of anxiety, stress, depression, etc.

These effects are achieved at lower doses. At higher doses, Kratom acts by sedative and relaxing action.

Kratom is a useful substance for alleviating pain, as an anxiolytic, as an anti-depressant, as a sedative for insomnia, as a stimulant, as a muscle relaxant and as a therapy for Opiate withdrawal.

What is the elimination half-life of Kratom?

Different types of Kratom have the variable onset of action as well as duration.

Mitragynine has a half-life of 3.5 hours and then it is metabolized and eliminated.

According to a study in which a group of male subjects who were also known Kratom abusers was observed for the elimination half-life of Kratom.

The study concluded that Mitragynine is removed from the body in 1 day (elimination half-life), but there may be a variation of +/- 16 hours due to dose difference.

During this duration, the amount of Kratom that is eliminated is half that of the initial Kratom taken. So total Kratom will be removed in a period of 5 to 6 days.

Those who are fast metabolizers they will remove Kratom completely from their body in 2 days while slow metabolizers will remove it in 9 days. Once Kratom is removed from the body, it won’t appear in the urine.

How long is kratom detectable in urine?

As stated above Kratom will disappear from urine after a period of 5 to 6 days and the answer to this question depends on the elimination half-life of various types of Kratom.

If a person consumes Kratom infrequently, it may disappear from urine within 2 to 3 days; if the dose is minimal, it may disappear within a day or two. The more you use Kratom, the longer it will be detectable in urine.

Must Read:  The Best Herbal Supplements For Opiate Withdrawal

Does Kratom appear on drug testing?

Kratom doesn’t appear on the regular drug tests that are done in routine. It only appears on specialized drug tests like liquid chromatography and ELISA.

Both of these procedures are expensive, and they usually are not undertaken for job interviews or court proof. Kratom may give false positive of Opiates on regular tests.

This may be problematic for those who are not taking Kratom yet they have a false positive.

The next step in such cases would be to go for liquid chromatography for the detection of Opiates.

Up till now, no specific or sensitive tests have been employed to detect the presence of Urine in blood or urine.

The metabolites of Kratom alkaloid; mitragynine, that appear on Mass spectrometry or liquid chromatography include 5-desmethylmitragynine and 17-desmethyldihydromitragynine.

How can one quickly remove Kratom from the body?

You need to consider a couple of things to get Kratom quickly removed from your body. Foremostly, stop taking Kratom.

You can’t expect Kratom to disappear from urine if you continue to consume it. If you are addicted to Kratom, taper the dosage of Kratom gradually to prevent withdrawal from occurring.

Citrus food also helps in improving urinary output as well as increasing the metabolism of Kratom. Do not take carbonated drinks as it will retain Kratom in the body.

Stop using Kratom extracts or tinctures as they stay in the body for longer duration in the form of inactivated metabolites.

On what factors does the removal of Kratom depend?

Aged people are slow excretion and slow metabolizers, so they require a more extended period to remove Kratom from the body.

Fat people take time to remove Kratom from the body tissues as the adipose tissue is a storage site for Kratom. Those with kidney and liver diseases also tend to excrete Kratom slowly.

How is Kratom removed from the body?

Kratom is metabolized in the liver. The metabolites of Kratom are not active, and they are excreted from the body via urine.

Small amounts of Kratom also appear in feces. Kratom can be quickly removed from the body by increasing the intake of fluids.

What types of drug tests exist for Kratom?

The following four types of drug tests can be employed to detect Kratom;

Can I use kratom a day before a drug test?

Yes, you can use until unless you plan not on being detected by drug tests. You shouldn’t use Kratom for at least a week before a drug test.

Will I be tested for Kratom?

How can I clear my body tissues from Kratom?

Employ the following strategies to remove Kratom from your system quickly;

Previous article
Best Alternatives To Charlotte’s Web CBD?
Next article
Where Can I Buy CBD Vape Juice Near Me?