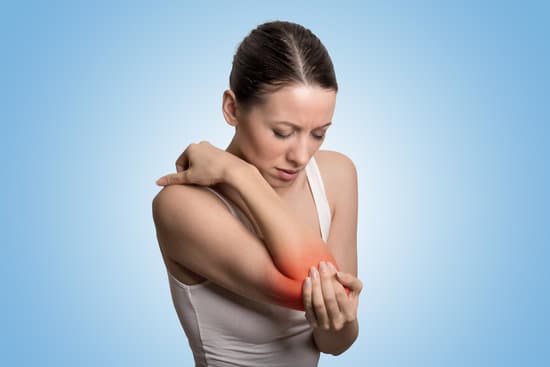 CBD offers a number of therapeutic and medicinal properties. While it may be a newly discovered remedy for many medical conditions, research into its anti-inflammatory properties is pretty thorough, indicating that the use of CBD for inflammation and for inflammatory diseases can be a very promising solution.

Inflammation is a complex biological response of body tissues to harmful stimuli. These stimuli can be in the form of irritants, injury, damaged cells, pathogens, stress or toxins.

The process of inflammation is initiated in order to eliminate the initial cause of injury, clear out the damaged cells and start tissue repair. The signs of inflammation are heat, redness, pain, swelling, and loss of function.

Inflammation is a very important immune response, which not only helps to destroy harmful stimuli (microbes, pathogens, irritants) but also plays a key position in the survival of an organism.

While the normal inflammatory response is very consequential in the body’s functioning, chronic inflammation, which persists for a longer duration, causes simultaneous destruction and healing of the tissue, necrosis (localized death of cells or tissues) and fibrosis (formation of excess fibrous tissue in an organ), thus creating a lot of health issues.

What Are Inflammatory Conditions for Which One Can Use CBD?

Inflammatory diseases such as Rheumatoid arthritis, autoimmune diseases, diabetes, inflammatory bowel diseases and many types of cancer can be treated using CBD.

A survey has found that almost 20% of the U.S population (43 million people) suffer from arthritis and joint diseases. This number is expected to surpass 60 million by 2020. It is also known that nearly 24 million Americans (8% of the population) are affected by diabetes.

Estimates are that by 2025, the number of Americans with the disease will be close to 50 million. Considering these facts it becomes very important to have a substance with minimal side effects in the treatment regimen of these inflammatory conditions.

These rising statistics and the fact that inflammation is the underlying cause in most of the cases cannot be neglected. Researchers are, therefore, trying to find medicine, which not only treats inflammatory diseases but also helps prevent them.

This is where the role of CBD, which is a cannabinoid that comes from a natural plant, is brought into the light. The compound is attributed as a natural cure for inflammation and many of the conditions associated with it.

How Does CBD Help Treat Inflammation And Inflammatory Diseases?

The numerous health benefits of CBD, along with its effects on a broad array of conditions, have caused an increasingly large population of people to turn to CBD for inflammation treatment and management.

The cannabinoid has become a rising star, not only amongst patients but also among research authorities. It is being extensively studied for its therapeutic and pharmacological properties.

Studies have found that the compound delivers its effects by interfering with the normal functioning of the endocannabinoid system (CB1 and CB2 receptors), which is responsible in controlling a range of biological activates such as stress, pain, mood, thinking capacities, metabolism, and inflammatory responses.

Researchers have also suggested that CBD affects immune responses and host resistance by perturbing the balance between the cytokines (signaling proteins synthesized and secreted by immune cells upon stimulation) produced by T-helper subsets, thus interfering with the process of initiation and resolution of inflammation.

What Are The Scientific Studies That Point Towards CBD Use In Inflammatory Conditions?

In a study published in August 2000, the authors showed that CBD, through its combined immunosuppressive and anti-inflammatory actions, had a potent anti-arthritic effect.

The study, which involved a daily 5 mg/kg oral or 25 mg/kg intraperitoneal administration of CBD to mice, indicated that the compound was significantly beneficial in inhibiting disease progression.

In another study conducted in July 2016, it was shown that topical CBD application had the therapeutic potential for relief of arthritis pain-related behaviors and inflammation in rats, without any evident side-effects.

The study involved the use of 0.6, 3.1, 6.2, 62.3 mg/day CBD gels on rats for 4 consecutive days after arthritis induction. Immunohistochemical analysis of the subject’s spinal cord and dorsal root ganglia revealed dose-dependent reductions of pro-inflammatory biomarkers and, therefore, a decrease in the level of inflammation.

Studies have also found that the use of CBD can help treat diabetes. Data from a 2008 study indicated that 11–14-week-old female mice, either in a latent diabetes stage or with initial symptoms of diabetes, when treated with CBD for 4 weeks, led to sustained inhibition of insulitis.

The study showed that CBD treatment inhibited specific destruction of the islets and reduced the infiltrates by mononuclear cells into the islets, thus preventing diabetes.

In another study that was conducted in 2012, researchers indicated that CBD had anti-inflammatory effects in a murine model of acute lung injury. The study, which involved a single dose of 20mg/kg CBD, administered prior to the induction of the inflammatory disease, showed that CBD administration caused an increase in the extracellular adenosine and signaling through adenosine A(2A) receptor, which contributed to its anti-inflammatory properties.

What Are The Benefits of Using CBD for Inflammation?

CBD has a number of benefits when using it for inflammation. Some of these are mentioned below;

What Is The Best CBD Dosage To Treat Inflammation – User Reviews?

Because inflammation can be caused due to different reasons, CBD dosage depends greatly upon the type of inflammation (acute or chronic), the severity of the condition and the time of onset of symptoms.

Ideally, it is always recommended to start with a small dosage, which could be increased gradually until the desired results are reached. In the case of mild inflammation, patients are advised to start with about 20 to 30mg CBD.

This dosage is usually effective in delivering the anti-inflammatory properties of the compound and alleviating the signs of inflammation.

In some cases, however, when the inflammation is of a very severe level, such as in the inflammatory disorder, Crohn’s disease, patients may take up to 50mg as the starting dosage. To achieve the desired effects, this amount can be increased up to even 100mg of CBD.

A patient, suffering from Crohn’s disease, commented on the social forum Reddit, saying “A dosage of 50-80mg/day CBD isolate in caps, helps with my Crohn’s disease immensely.”

Many users on the forum, however, believed that starting small was probably the best way to get around with CBD dosage.

One user stated, “A little bit goes a long way with this stuff, you really don’t need much at all.”

While sharing their experiences, users stated that the drug was a miraculous remedy for both, inflammation, and the pain associated with the condition.

One user stated “I suffer from inflammation and am always in some form of pain. I wanted to stop using Advil because it wasn’t helping much. I started with 20mg CBD capsule. It takes about an hour to get in my system and the pains either lessen or disappear, depending on the day and level of activity I did the day before. When I am in a lot of pain, I’ve taken up to 2 capsules, 60mg for the day and it has taken my pain away.”

Another user, while commenting about his dosage regime commented “I started with 20mg. Now I take 40mg a day, but when the inflammation is bad I have to take 60mg of CBD.”

Users also compared the cannabinoid to prescribed medicines, stating that CBD provided better results and had potentially no side-effects.

One user expressed “I had back surgery due to which I have lingering inflammation on the L5 disc and my right hip. I started with about 20-25 mg CBD per day and eventually settled on 50mg per day. I think the only time in the last 1.5 years that I have taken ibuprofen was from a hangover I couldn’t conquer.”

A user commented “I think CBD Is the anti-inflammatory in weed. You won’t get high, it’s non-psychoactive so it can actually sober you up, inflammation will go down in seconds, it’s a neural fortifier, and mood stabilizer.”

Are There Any Side Effects When Using CBD for Inflammation?

For example, if you are taking CBD for arthritis, you will be conscious about the side effects. This is very much necessary as any substance may cause interaction with any drug.

Using CBD at high doses may give you unwanted effects such as upset stomach, drowsiness, sedation, diarrhea and dry mouth.

There are no reported extreme side effects of CBD. It is suggested that you take CBD at low doses to avoid any unwanted effects.

Conclusion on CBD for Inflammation

Scientific research has shown promising results regarding the use of CBD for inflammation. The compound is non-psychoactive, and therefore, legal in many states. It is a relatively safer substitute for prescribed medications as it does not pose any risks of overdose.

In addition to this, the amount of CBD intake can always be reduced if a person feels they’re taking too much without the fear of any withdrawal symptoms.

What Are CBD Cannabis Seeds and How Do They Work?