HomeCBDCBD For Appetite: Does CBD Make You Hungry?

CBD For Appetite: Does CBD Make You Hungry? 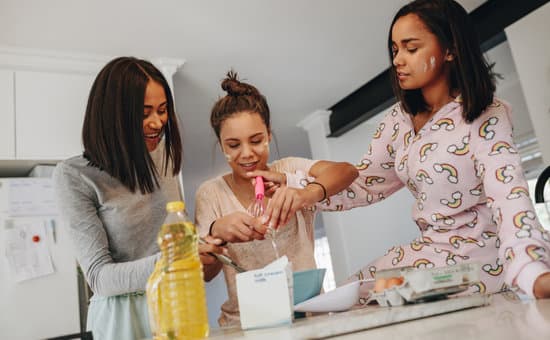 CBD has a multitude of benefits with minimal side effects, and that is exactly why it has gained so much popularity in recent years. With all the benefits that come with CBD, some people are wondering if CBD affects appetite.

The questions that were frequently repeated on many blogs, Quora and Reddit, included; ‘Does CBD make you hungry?’, ‘Does CBD increases your appetite?’, ‘Does CBD helps you with weight loss?’ and much more. These questions inclined us to write an article about CBD and its effect on your appetite.

A glimpse of CBD

Cannabis contains various cannabinoids that impart the properties to Cannabis. One of these Cannabinoids is called CBD. Unlike THC, it is a non-psychoactive cannabinoid that doesn’t make one high or causes the feeling of euphoria. CBD is derived from Cannabis through various extraction methods.

The CBD isolate is a very useful substance. It contains traces of THC. It is used mainly to alleviate pain, reduce inflammation, have an anxiolytic and antidepressant effect and acts as a strong anticonvulsant and anti-psychosis medication. CBD also plays an important role in relieving insomnia and muscle cramps and strains.

Usually, we observe that after smoking Marijuana many people experience ‘The Munchies’ which is a condition in which a person experiences extreme hunger.

However, such a phenomenon has been less commonly observed with the intake of CBD. It is the THC in Marijuana that causes an increase in appetite.

THC has the role of binding to CB1 endocannabinoid receptors that are involved in increasing appetite. On the other hand, CBD doesn’t interact with CBD1 receptors directly.

But some cases have been reported in which CBD has made one hungry. This is because most of the CBD products contain small amounts of THC as the extraction occurs from a whole plant. High doses of such CBD strain will make you hungry, but with small doses of CBD, you will not feel hungry.

There are some products of Cannabis that contain both THC and CBD, and thus they do affect your appetite. So, it is the THC that is responsible for elevating your appetite. CBD has a role in reducing inflammation and anxiety.

These conditions usually affect the body in such a way that one loses appetite. With the intake of CBD however, the body systems are brought to balance again and thus one feels hungry.

How Does Cannabis Affect Appetite?

Cannabis contains THC which acts on the CB1 receptors. The CB1 receptors are involved in the activation of the olfactory mechanism which makes one more responsive to external stimuli like the smell of food, freshly baked cake and the taste of some fruit juice.

Must Read:  How Many Milligrams Of CBD Should I Take?

The stimuli are taken to the olfactory cortex which is connected to the appetite center in the hypothalamus and thus in this way cannabis or more specifically THC improves appetite.

THC is also responsible for releasing the hormone known as ghrelin that is known to induce appetite. Thus, undergoing chemotherapy actively use cannabis to increase their appetite.

What Do Research Studies Say About CBD for Appetite?

Research says that CBD is an important substance for alleviating stress and anxiety. Studies indicate that when a person is stressed, he’s more likely to lose appetite. This indicates that CBD does affect appetite by controlling the stress levels of the body.

In 2013, the American Psychological Association stated that 30% of adults skip meals due to stress and the majority of these persons (around 67%) skip meals due to lack of appetite. CBD may not directly improve your appetite, but by diminishing stress and anxiety it can have a major effect on the appetite.

What Are User Reviews About CBD Increasing Appetite?

When asked about the product the consumers were taking, we were told that their products are infused with CBD but contain THC, some contained it in traces while others had THC in a ratio of 3 to 1. Considering the mixed reviews, one can’t say much about CBD for appetite, and this is why research in this area will be appreciated.

Scientifically stating CBD doesn’t influence appetite directly. It chooses a roundabout way instead. The case where we observed that CBD had increased appetite, showed that the product being taken had traces of THC.

Such products if consumed in small quantity will not increase the appetite and make one hungry as CBD is the dominant cannabinoid.

However, if such strains are consumed in larger quantities, it is very likely that THC will show its effects. CBD may increase your appetite after alleviating your stress. It’s natural that when you are stressed the normal homeostatic mechanisms of the body are not working appropriately including appetite.

Once depression, stress or anxiety is relieved, the body goes back to its normal functions, and the appetite improves.

So, if you are looking for a Cannabis strain to improve your appetite, we recommend that you go for a strain containing a higher amount of THC, but it comes with a side effect. THC is highly psychoactive while CBD is not. The decision is yours!

Previous article
Bentuangie Kratom? Benefits, Dosage, And Price
Next article
How Long Does It Take for Opiates to Get Out of Your System?