Which Nootropics For Students Better Grades? 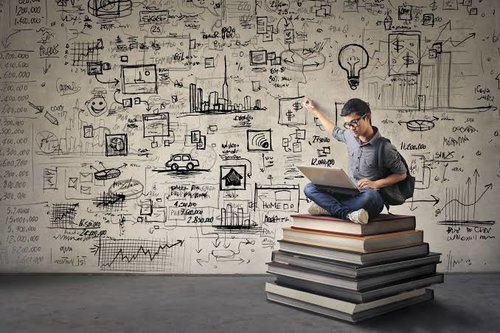 Achieving high grades in college is not a child’s play. Therefore, many students tend to rely on different cognitive enhancers to improve their grades and academic performances.

There are a lot of brains stimulants present in the market, one of them being the nootropics. Nootropics for better grades are more popular because of their limited side effects and a broad range of benefits.

What does Nootropic mean?

Nootropics are agents intended for enhancing the cognitive functions of the brain such as memory, intelligence, and focus. They can either be supplements, functional foods or drugs in nature.

Nootropics are sometimes known as ‘smart drugs’ and are a source of maximizing the potential of the brain.

The term ‘nootropic’ is a combination of two Greek words- ‘noos’ that means mind and ‘trepein’ that means to turn or bend.

Nootropics are not miraculous drugs that can turn an ordinary person into a mastermind within days.

However, the drugs do have a capacity to enhance the power of the brain regarding acquiring new information and retaining it.

Learning and maintaining information do require hard work, but nootropics change the pace of these processes at an advanced rate.

This is how nootropics make people smarter and sharper.  These drugs also play their part in maintaining the overall health of the brain.

How do Nootropics work?

These neurotransmitters are what actually control the brain function and can improve or degrade it.

Nootropics work by regulating the levels of neurotransmitters or their receptors in the brain.

Some of these drugs increase the amount of oxygen in the blood flowing towards the brain by controlling acetylcholine levels.

Other nootropics can affect the levels of dopamine, GABA and Glutamate to produce the desired effects.

Some of these drugs can improve the levels of Nerve Growth Factor in the brain to work.

In this way, nootropics provide an improved ability to learn in addition to increasing the resistance towards a cognitive decline that occurs due to aging.

How Nootropics make a difference for college students?

You might be wondering whether Nootropics work for studying and grades or not? Well, actually they do work in increasing the grades of the students.

Because nootropics stimulate the brain, college students can make great use of them.

Not only can they score better in their tests but they can also observe a visible change in many extra-curricular and co-curricular activities.

According to a study, the use of nootropics can bring improvements in the test scores by 8.4 percent.

The use of nootropics in students can also produce a state of artificial flow which helps in blocking all the distractions that a brain may face. The induction of this state can make students pay more attention to their academic work.

Nootropics are particularly useful for exams and submission of assignments before the deadline when there is sleep deprivation among students.

To fully benefit from nootropic drugs, it is important for college students to know which ones are better for them.

Some of the best nootropics for college students which work like magic for improving grades are mentioned below.

Most of college degrees require a lot of logical learning and creative thinking. To speed up brain activity, Oxiracetam is an excellent choice.

It is particularly useful for those who are studying mathematics, sciences or economics and require logic-based thinking.

How do Oxiracetam works?

Just like other nootropics falling in the category of racetams, Oxiracetam can affect the acetylcholine levels in the brain to improve the memory and attention span.

The medicine consists of high stimulating properties and will keep alertness high and increase the focus of college students towards studies.

It particularly enhances the functionality of the left brain which is mainly responsible for the analysis and processing of information. It can also help in understanding the number of based concepts more quickly.

Must Read:  Etizolam For Anxiety and Depression

How much Oxiracetam to take?

For college students, the recommended dose of Oxiracetam falls somewhere between 1200 to 2400 mg per day. In order to observe the finest results, split the total daily intake into three equal parts.

For example, take 400 mg of Oxiracetam thrice every day. For safety purposes, always start with the smallest possible dose and check how it works on the body and gradually work to increase it.

Noopept is a potent nootropic drug with a moderate stimulatory effect on the brain. Hence, using this drug can increase the focus while studying.

It resembles piracetam regarding effects but belongs to the synthetic class of the racetam family.

How do Noopept works?

Noopept gets absorbed from the digestive tract as soon as it enters the body. Once it is in the bloodstream, it makes its way towards the brain by crossing the blood-brain barrier efficiently.

This implies that this drug is fast-acting and produces effects within 15 to 20 minutes after ingesting it. Noopept attaches itself to the receptors responsible for inhibiting the glutamate breakdown.

It hence augments the brain functions by increasing the glutamate levels. Additionally, it also increases the exposure of the brain to oxygen to improve focus and elevate the mood.

How much Noopept to take?

Take 10 to 30 mg of Noopept every day to observe effects. For cram sessions, taking 10 to 15 mg of Noopept three times a day is the best.

Sometimes, Noopept can provide better results through cycling i.e. using it for 1 to 3 weeks and then stopping the use for a month. Always remember never to use Noopept for more than 56 consecutive days.

For students studying philosophy, literature or arts, Aniracetam is the best choice. It can trigger the brain and increase its creative and imaginative power.

Aniracetam can also reduce anxiety and stress and can allow ideas to flow in more frequently.

How do Aniracetam works?

The mechanism of action of Aniracetam is not entirely known. However, several studies suggest that it can provide protection to the brain from the side effects of low oxygen supply.

Aniracetam can motivate the receptors present in the brain to take up glucose and oxygen for better functioning.

How much Aniracetam to take?

750 to 1500 mg of Aniracetam is sufficient for a single day. Always start using this nootropic drug from the lowest dose to check what effects it produces in the body.

The minimum amount of Aniracetam to induce effects is, however, 750 mg.

Adrafinil is also known as Olmifon. It is famous for the stimulation it provides to the brain.

Adrafinil is a nootropic supplement that promotes wakefulness. It can easily replace morning coffee for students.

How do Adrafinil works?

Adrafinil can produce the same effects in the body as those seen during the ‘fight or flight’ mode.

The mechanism is not entirely known, but scientists believe that Adrafinil increases the concentration of Hypocretin in the body.

Hypocretin is a neuropeptide that modulates the state of wakefulness as well as appetite and arousal. It can also alter the level of histamine, norepinephrine, and dopamine to increase alertness.

How much Adrafinil to take?

The daily dose of Adrafinil ranges from 150 to 300 mg. It is stronger than other nootropics hence, a low dose is recommended, to begin with.

L-Theanine is structurally an amino acid. It can boost energy levels and reduce stress in users.

It was derived from green tea in 1949 and is best for increasing the motivation to study with concentration.

How do L-Theanine works?

This nootropic drug can induce a state of relaxation and meditation within a student and urges him to study in a better way. A clean and controlled focus is observed by the use of L-Theanine.

How much L-Theanine to take?

200 mg of L-Theanine is enough to see the effects on brain processing.