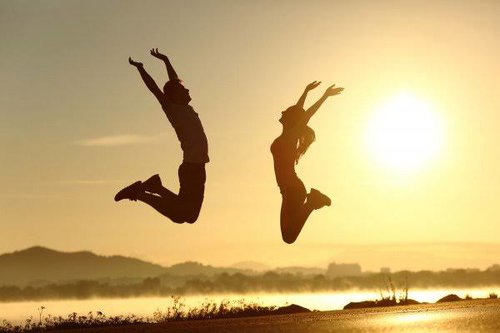 Euphoria and motivation are important for survival in every field of life. From a college student to the CEO of a multinational company, everyone requires motivation and strong willpower for committing to long-term work.

Nootropics, otherwise known as smart drugs, are said to have numerous positive effects on mental abilities. They not only enhance the brain cognition but also motivate a person and produce euphoria, ultimately leading him to exhibit a better life.

Choosing the right kind of nootropics can help perform various tasks without getting distracted. While all nootropics can prove to be beneficial in providing euphoria and motivation, some of them are better than the others.

Mentioned below are the lists of some top-class nootropics to achieve motivation and euphoria.

Euphoria is a mental state that allows the feelings of happiness, satisfaction, and well-being to flow into the brain. The production of this state involve certain chemical reactions in the brain which can be ensured by using the following nootropics:

Phenethylamine, also known as PEA, is considered as one of the most important nootropics for achieving a state of high. It is organic in nature and structurally an alkaloid which can stimulate the brain and cause euphoria-like feelings.

Euphoria provided by PEA is generally considered to be short-lived. A user has described how the effects of Phenethylamine are strong but last for about half an hour only. However, he has mentioned that the drug left him feeling good. This makes it a perfect choice for those who are looking for a short euphoric episode.

Within the central nervous system, Phenethylamine attaches itself to specific receptors and regulates the production of serotonin and dopamine. These hormones regulate the mental functioning and produce euphoria.

Additionally, PEA also regulates the secretion of epinephrine and norepinephrine, leading to clarity of mind and improvement in focus.

Sulbutiamine is a nootropic that is derived from Vitamin B1. It is widely known for its strong effects on mood and overall behaviour. It is considered as one of the most powerful nootropics, guaranteed to improve the quality of life by its euphoria-like effects on the mind.

Users who have tried Sulbutiamine are generally happy with this nootropic. One of them says how this drug has helped him to experience more confidence, energy, wakefulness and positivity in the mood. He even mentioned how the drug essentially treated his depression.

Sulbutiamine works like any other nootropic and attach itself to the dopaminergic and glutaminergic receptors within the brain. This causes an increase in the levels of thiamine as well as thiamine phosphate. Both of these agents are then converted into acetylcholine and GABA to produce euphoria.

While most people do not consider Phenibut as a nootropic, it is important to keep in mind that it has extremely strong euphoric effects. Phenibut is an amino acid and is closely linked to GABA. Using Phenibut can not only produce euphoria but can also improve motor functions and cause reinforcement in the brain.

Some users consider Phenibut more powerful than alcohol and hydrocodone in terms of producing euphoria. Most of them have reported an increase in confidence and a decrease in anxiety with its use.

One of the users has even mentioned how Phenibut induces the best euphoric state in the brain. This was equally true for those with HCL tolerance, according to the user.

Phenibut works as a supplement to GABA and is responsible for increasing its concentration in the body. Additionally, it also increases the concentration of dopamine within the striatum. Dopamine leads to emotional regulation and produces euphoria and happiness.

Adrafinil is famously known for inducing wakefulness in users. It also has a strong nootropic property providing a state of high and supporting tasks that demand continuous mental exertion

Users have positive things to say about Adrafinil for improving mental clarity and experiencing euphoria-like feels. A user says that using Adrafinil in combination provides hypomanic euphoria which does not seem artificial at all.

How does Adrafinil work?

Adrafinil increases the concentration of hypocretin in the body to produce ecstasy. The drug is also known to work by stimulating the release and breakdown of Glutamate. This improves the cognitive function of the brain and sharpens its capacity to perceive things.

Must Read:  Oat Straw Extract Benefits For The Brain, Concentration, And Anxiety?

It is often said that motivation cannot be achieved through pills. Certain nootropics, however, have the power to do so. By increasing the motivation level, these drugs help to perform everyday tasks with ease.

Phenylpiracetam belongs to the category of racetams. It is a strong nootropic that has also been used as a doping agent for long. Phenylpiracetam is famous for reducing brain fog, increasing alertness and developing the motivation to perform difficult tasks.

User reviews for Phenylpiracetam are excellent and most of them contain positive remarks about how this nootropic helps to increase willpower. A user who had just used it for 4 days was convinced that Phenylpiracetam provided him with motivation and concentration and was the “real deal.

How does Phenylpiracetam work?

Phenylpiracetam works by upregulation of dopaminergic receptors. It particularly works on D1, D2 and D3 to induce motivation. Phenylpiracetam is also perfect for synergizing its effects with other nootropics to reinforce its effects.

Modafinil is regarded as one of the best nootropics for getting inspiration and improving attention. It is also used worldwide for increasing brain productivity levels.

The drug has absolutely no side effects and does not induce the feeling of being drugged. Moreover, it is associated with minimal risk of dependence.

A user has suggested that taking 100 to 200 mg of Modafinil can increase motivation and focus. This nootropic can increase the fun factor in everyday tasks and produce a feeling of satisfaction upon completion of these tasks as well. The review proves that Modafinil is famous for all the right reasons.

Modafinil produces motivation by up-regulation of dopaminergic activity in the brain. It does so by increasing the number of dopamine receptors, particularly in the area of striatum which is associated with motivation.

Belonging to the family of racetams, Oxiracetam is a nootropic that is guaranteed to exert a positive effect on your motivation level and mood. The drug is sweet in taste and can be used by simply pouring it in different beverages to achieve a strong drive to perform everyday tasks.

Oxiracetam has been regarded as the best nootropic to study by a user. The user reported how this particular nootropic helped him to memorize a lot of information in a short duration of time. The fact that it did not produce any side effects proves that Oxiracetam is a reliable source of increasing motivation.

How does Oxiracetam work?

Oxiracetam works by acting on receptors specified for glutamate within the central nervous system. The exact mechanism has not been identified, however, it is suggested that Oxiracetam improves glutaminergic and cholinergic pathways to exert its effects.

Uridine is famous for causing different effects such as increasing motivation, improving mood and making it easy to learn new things. Hence, it can be the perfect choice for students who are preparing for exams and want to ace them

A user who has been relying on uridine has called it as a remarkable agent that not only motivates the brain but helps to induce wakefulness and helps in improving mood. Additionally, it helps with a reduction in anxiety as well.

Noopept resembles the racetam family and is popular for inducing its own set of benefits including logical thinking, increased energy, mood elevation and enhanced motivation.

What Do Users Say?

A user that tried Noopept said that this drug delivered the effects that were promised. Noopept helped him to overcome his anxiety and energized his body. Moreover, it also caused an increase in his overall motivation.

Noopept works by working on a variety of receptors including nicotine, dopamine and serotonin. Additionally, it can also increase the concentration of Brain-Derived Neurotropic Factor (BDNF) that results in increased motivation.

No matter what people say, motivation can be achieved through drugs and nootropics are the perfect choice for this. They will empower others to visualize pleasure in everyday tasks and increase the drive and thrill to work, ultimately making life easy.

Previous article
Ten Best Caffeine Pills For Energy and Workout Boost
Next article
CBD Softgel Capsules: How Are They Different From CBD Oil?