HomeOpiate WithdrawalWhat Are The Most Effective Treatments For Opiate Addiction?

What Are The Most Effective Treatments For Opiate Addiction? 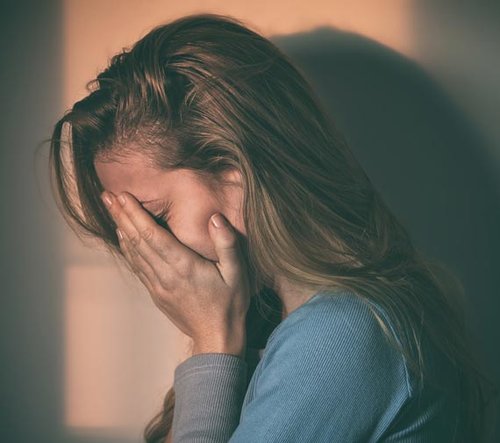 There are millions of people in the world who suffer from opiate addiction. It is not a moral or mental problem but a chronic form of the medical condition that is the result of changes in the brain of susceptible people.

People who develop an opioid addiction, it becomes really difficult for them to come out of this condition without proper intervention or opiate addiction treatment medication.

According to the survey research of Centre of Behavioural Health Statistics and Quality (2016) and CDC, above 2.5 million Americans became a victim of opiate addiction which resulted in more than 28000 deaths due to overdose.

The abuse of opioids can lead to serious health and mental problems and the spread of various infectious diseases such as HIV and Hepatitis.

To break free from the chains of opiate addiction is not easy. It requires more than just motivation and willpower to recover from this deadly state.

The behavioural interventions used alone for treatment have poor results as above 80% of patients returned to their previous state.

Similarly, the medically assisted detoxification alone also showed poor results in the recovery of the addicts.

Fortunately, the combination of both medical and behavioural interventions gives fruitful results for the addicts.

There is a variety of medication for drug addiction available along with different kinds of behavioural therapies and counselling which helps to improve the state of the drug addict significantly.

In many cases, the victim completely recovers from the opiate addiction, when given proper medication and psychological therapies.

The opiate addictions cause many visible changes in certain brain areas. The drug addiction to prescription drug alarms the circuits causing mood and reward behaviours.

The long-term abuse also seems to affect nearly all body systems. So discontinuing the supply instantly leads to the opiate withdrawal symptoms which include:

These conditions may last from several hours to weeks depending on the level of dependency of the person on the abused drug.

It is difficult to endure the effects of opiate withdrawal which is a primary reason for relapse and continued the abuse of the drug.

Therefore, medications are used during the detox phase of opioid withdrawal which helps to ease the victim out of physical drug dependence.

Methadone, According to the report by World Health Organization (WHO), Methadone and Buprenorphine are “essential medication” for effectively treating opiate addiction. In the study published in NCBI, exploring “Pharmacology of Medications Used to treat opioid Methadone has found to be most effective and longer-acting drug for opiate addiction

It triggers a similar kind of opioid receptors that are activated by narcotics. This helps to effectively eliminate withdrawal symptoms in the patient. With the right dose of this drug, opiate withdrawal symptoms can be prevented and it eases the craving for the drug but note that it does not give the state of euphoria.

The dose of Methadone can be gradually reduced which helps to relieve the victim from physical drug dependence without causing withdrawal symptoms. It is the most common and effective opiate addiction treatment medication.

It is the latest kind of drug that helps in detoxification from the addiction to opioids. It activates the opioid receptors which reduce the craving for drugs preventing withdrawal.

Naloxone prevents medication misuse. Subutex is generally used for detoxification of acute opiate while the use of Suboxone is either for acute detoxification or for maintenance and prevention of opioid relapse.

One of the studies published in JAMA Psychiatry (Oct 2013), the results found that the use of buprenorphine taper in combination with naltrexone for 4 weeks maintenance treatment enhanced abstinence rates

It is an opiate antagonist that blocks opioids action. It is neither addicting nor sedative and it does not cause physical dependence, however, addicts often have problems in following the treatment which has caused effectiveness limitations.

Recently, FDA approved the long-acting injectable naltrexone formulation (Vivitrol) for treatment of opiate addiction.It is administered once in a month which may help in improving compliance by removing the requirement of daily dosage

It is most effective when utilized as a component of a broad and comprehensive treatment recovery program.

Kratom is a tree and its leaves have recently gained popularity as a drug for treating opiate addiction.

Its leaves have psychoactive effects ranging from stimulation to sedation.

Kratom is likely to produce high stimulating effects when taken in lower doses and become highly sedating when taken in high doses.

Must Read:  Managing Pain After Surgery - How To Avoid Opioid Addiction?

Although the function of Kratom is similar to that of opiates, its pharmacological action, as well as its subjective effects, are significantly different from the traditional opioids.

One major pharmacological difference between Kratom and traditional opioids is that at the low dosages, mitragynine alkaloids bind to delta opioid receptors while that of opioids preferably binds to μ- opioid receptors.

Most of the evidence gathered in favour of the use of Kratom for treating opiate abuse comes from personal experiences and subjection sources.

A recently conducted survey study found that almost 70% of the opiate addicts using Kratom were taking it to decrease or cut down on the use of opioids or heroin.

A research study published in Drug and Alcohol Dependence (July 2017) found that Kratom can be utilized for self-treatment of pain, disorders of mood and symptoms of withdrawal that are associated with the use of the prescription opiate.  Another study published in 2008 By Edward W.Boyer.MD., about a 43 years old man who took kratom which helped him to abruptly stop abusing opiate pain medication.

There is still a need for more extensive clinical trials of Kratom on human beings to know the exact dosage of Kratom for treating opioid withdrawal.

Completing the process of opiate detox overcomes the physical effects of opiate addiction and withdrawal.

But according to experts the primary driving factors which push the addicts back to the usage of narcotics are psychological and social factors.

The common factors which remind the brain of the pleasures associated with drugs are stress and certain social situations.

The craving for the drug for the addicts is extremely difficult for them to resist. The majority of people addicts who only undergo opiate detox and short-term counseling sessions without maintenance therapy are most likely to experience a relapse.

It has been found through studies published in NCBI that there are better chances of conquering opiate addiction with long-term maintenance therapy using either methadone or buprenorphine used in combination with naloxone (Zubsolv, Bunavail, Suboxone).

People who use these medications still have opiate dependency but they are usually free from the destructive effects of drug addiction.

Naloxone has also been used in combination with oxytocin (Targiniq ER) to dissuade abuse through snorting or drug injection. However, a person is still vulnerable to oral opiate addiction.

Methadone is the most widely studied and most effective way to recover from opiate addiction. Suboxone, although new, has been able to become widely accepted as maintenance therapy.

The use of medication for detoxification alone to overcome opiate addiction is not enough to prevent relapse.

It also needs psychotherapy in combination with pharmacological treatment to conquer the addiction.

Drug abuse has been classified as psychological diseases by the American Psychological Association.

The primary focus of this therapy is on the patient’s thoughts and behaviour. The models based on cognitive behaviour therapy are extensively used because of their effectiveness in drug rehabilitation programs. The techniques that are used in it help patients in acquiring certain skills which help to reduce drug use related issues.

The primary cognitive behaviour therapies are the following:

It includes techniques and concepts that help to identify and avoid high-risk situations, develop understanding about the decisions chain that leads to drug abuse and how to transform one’s lifestyle.

It is focused on transforming the specific thoughts and behaviours of the drug abusers which compels them to do drug abuse.

The primary goal of this therapy is to help in creating awareness among the patients about their underlying unconscious thought processes and conflicts that lead to opiate addiction. It helps them to develop a more adaptive mechanism of coping and healthier techniques for resolving the intrapsychic conflicts.

It has been argued to be quite effective it basically targets the social stigma that is connected with the social stigma of losing the ability to restrict oneself from opiate abuse. The connection with other people in the group who experience the same kind of problem helps to provide support and acts as a therapy in developing other methods of drug abstinence.

In this therapy, an aversive stimulus is paired with cognitive images of opiate abuse and illusions of socially acceptable behaviors like education, employment, and nondrug abuse behaviors.

It is a therapy that is based on similar principles followed by Alcoholics Anonymous (AA). It also includes 12-step progression through recovery. Some abusers may have problems following this approach to recovery however for others this program does help and offers much-needed abstinence support.

Opiate addiction is extremely difficult to overcome without the support of family and friends.

It is significantly important to realize it as a disorder that leads to many physical, social and psychological issues.

A proper clinical approach should be adopted along with psychosocial therapies to help opiate addiction recovery and prevent future relapse.