HomeNewsHow Do You Wean Off Lexapro? 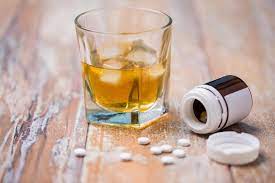 Wean Off Lexapro, with the pharmacological name of Escitalopram, is an antidepressant drug that comes under the class of Selective Serotonin Reuptake Inhibitors (SSRI). It helps to restore the chemical balance in our brain by maintaining serotonin levels in a normal range.

Serotonin is a neurotransmitter produced naturally in the human body. It influences our body by steadying mood, happy thoughts or feelings, and enhancing general well-being. Low levels of this neurotransmitter can cause mood disorders like depression, anxiety, and insomnia.

Lexapro is prescribed to patients suffering from mood disorders. It is not recommended to stop taking this medication all of a sudden, as you can suffer from withdrawal symptoms. 56% of the people who stop using antidepressants suffer from symptoms caused by withdrawal. It makes quitting Lexapro quite difficult for users.

Howbeit, to make the process easy and smooth, we’ll be divulging the best way to wean off Lexapro in the article below.

What Are The Symptoms Of Withdrawal

Lexapro is a prescription drug that requires time to take effect by accumulating in the body. This might be the reason you usually experience delayed symptom remission associated with depression and anxiety.

However, it also means that you can’t abruptly stop taking this medication as it will have adverse reactions on your body. These negative effects are called symptoms of withdrawal -often referred to as SSRI Discontinuation Syndrome.

The symptoms caused by Lexapro withdrawal can be mild to severe. Here are some of the common symptoms that you might suffer after discontinuing the drug:

Why Does Symptoms Of Withdrawal Occur

The science behind this is that Lexapro has a shorter half-life. Half-life is when a drug can stay in the blood circulatory system before being eliminated by the body. It means that Lexapro will get cleared from the blood faster, and if you discontinue its usage rather suddenly, it won’t give your brain enough time to regulate this abrupt change and adjust to it accordingly.

Although we can’t tell you the exact time your brain needs to adjust, as it varies significantly, these withdrawal symptoms can manifest anywhere between one to three days after your last dose of Lexapro. Although this timeline might vary as you can get symptoms as soon as hours or as far as a week, they often settle to normal within a few weeks or more in worse cases. If the symptoms remain even after a month, it is safe to assume that the symptoms indicate that your depression has relapsed.

Recommendations Regarding How To Wean Off Lexapro Effectively

Weaning off Lexapro is not at all easy. Nonetheless, by observing the following tips, you might have an easy journey in quitting Lexapro.

If you have decided to wean off Lexapro, make an appointment with your doctor or addiction treatment centers to discuss why you are quitting this antidepressant. Because of any adverse reaction, your doctor might prescribe you another one.

Patient Education Is The key

You should be made well-aware by your health professional about all the drug reactions of Lexapro, what kind of symptoms might occur once you start quitting the medication, how to best proceed with the weaning off process, and most importantly, you should be allowed to keep in touch with your doctor at every step of this whole process.

You must realize the difference between symptoms caused by antidepressant withdrawal and addiction. You might think that withdrawal is usually associated with addiction. However, this is not true in this case.

The adverse reactions when you stop taking Lexapro or start tapering it down are caused by the process of adjustment of the brain to the decreased supply of special chemicals called neurotransmitters. Withdrawal symptoms also occur with most of the SSRIs other than Lexapro, such as Paxil and Zoloft.

The best strategy to quit Lexapro is to taper down gradually. In this way, you will slowly decrease your dosage quantity so that your brain gets used to the lower drug amounts and stimulation caused by it. Medication taper down usually takes place over several days to weeks. It is recommended to follow a taper that lasts for a month till you get to the minimum possible dose and then go below it to zero quantity. Regardless, the best step will be to get in touch with your doctor and get a personalized taper-down schedule.

Use A Mood Calendar

The mood calendar charts your daily mood updates and how you feel regularly. This way, you can maintain a record of whether there are any changes in your mood or if you are suffering from any withdrawal symptoms, or your depression and anxiety are relapsing.

If the withdrawal symptoms caused by Lexapro weaning are extremely severe, you can also switch to longer-acting SSRIs that are relatively easier to taper as they don’t get expelled by the human body quickly.

Another way is to reintroduce Lexapro again so that symptoms caused by withdrawal can be mitigated rather quickly, and then you can again start with the taper at smaller intervals.

Focus On Self-care And Mental Health

The reason for taking SSRIs is usually a mental disorder, and weaning off Lexapro might impact your psychiatric well-being negatively. It is best to follow healthy habits like exercising regularly and eating nutritious food.

Moreover, practicing relaxation techniques and performing activities that focus on your well-being, like doing yoga, meditation, and massage, can not only help with withdrawal symptoms but also help you avoid relapsing.

Asking your friends and family for moral support is of utmost importance as they can motivate you to keep moving forward and not remain hung up on minor setbacks.

Furthermore, joining support groups can engage you with inspiring success stories and help you keep motivated for this taxing journey.

Quitting Lexapro is quite difficult because of the severe withdrawal symptoms caused by the abrupt discontinuation of the pharmaceutical drug. Although withdrawal symptoms are also associated with a gradual taper down, they are pretty mild in intensity.

Consulting your doctor for setting up a personalized taper-down schedule, adopting lifestyle changes, and remaining patient and persistent on every step of weaning off is the best way to go about it.